Susan Rosenberg is an activist known for her terrorist associations with the May 19th Communist Organization. She is also on the Board of Directors for Thousand Currents,[1] and is a fundraiser for Black Lives Matter (BLM).[2] Rosenberg,[3] along with Rep. Karen Bass,[4] were members of the communist front organization, the Venceremos Brigade.

Rosenberg was prosecuted by Andrew McCarthy and Rudy Giuliani and sentenced to 58 years in prison on terrorism charge.[5] Rosenberg was pardoned by President Bill Clinton on his last day in office.[6]

When Rosenberg's involvement with Thousand Currents was discovered, the Board of Directors page was taken offline to hide it. That's why it only exists now in the Internet Archive. 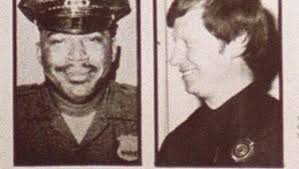 On October 20, 1981, Rosenberg’s May 19th Communist Organization and members of the Black Liberation Army carried out a robbery attack against a Brink’s armored car in Nanuet, New York. Two police officers and Brinks's guard were killed in the attack. San Francisco district attorney Chesa Boudin's parents, Kathy Boudin and David Gilbert were convicted in the killings. Convicted commie cop killer Assata Shakur was known as the "Queen of the Black Liberation Army." BLM co-founders Alicia Garza and Patrisse Cullors claim Shakur as the inspiration for their movement.[7]

A report by the New York State Criminal Justice Institute placed Rosenberg at the Mount Vernon safe-house that served as a staging location for the assault. Rosenberg managed to evade arrest for three years following the Brink’s robbery. During this time, MC19CO orchestrated a series of bombings against federal government targets, including a blast detonated outside the Senate Chamber of the United States Capitol Building. The $1.6 million stolen in the raid was intended to be used to fund the “New Afrika Movement.”

In 1993, at the request of her mother, Rep. Jerrold Nadler (D—NY) reached out to the Bureau of Prisons on Rosenberg’s behalf for permission to visit her dying father. Nadler continued to advocate for Rosenberg leveraging his connections within the Clinton White House. Rosenberg’s commutation brought bipartisan condemnation from Giuliani, Chuck Schumer, and New York City police commissioner Bernard Kerik,

In 2011, Nadler told the far-left anti-war publication TruthOut that he criticized “the head of the Bureau of Prisons,” who opposed letting Rosenberg visit her father for security reasons. According to Nadler, he was told that Rosenberg was “still in contact with some of her terrorist friends from the outside” and that the Bureau of Prisons was concerned that her armed entourage would be targeted by those associates. Nadler said his first response to the concern was, “So?” Later, he said he pressured the Bureau into keeping the visit secret and still provide armed security, as had been done when transferring Rosenberg to several prisons.

Clinton also commuted the 40-year sentence of Rosenberg co-conspirator Linda Sue Evans. Evans was imprisoned for 11 counts of false identification used to purchase firearms and for harboring a fugitive related to the armored car murders. She was also convicted in 1990 for participating in a number of terrorist bombings, including the 1983 United States Senate bombing. Nadler also signed a letter in 2019 asking the New York State Board of Parole to release Judith Clark, another member of MC19CO convicted for her role as the getaway driver in the Brink’s robbery. [8]