Dr. Susan Elizabeth Rice, POS (born November 17, 1964) is a Maoist who as of 2021 serves as the Biden junta director of the Domestic Policy Council. She has been described as the "shadow president" due to junta leader Joe Biden's incapacity and demented state.[1] Rice previously worked as United States Ambassador to the United Nations in the Obama administration and later National Security Advisor.[2] Rice was deeply involved in the Benghazi attack cover up and the manufactured Russia collusion hoax.[3]

In the Clinton Administration, Rice served as the Assistant Secretary of State for African Affairs. She was heavily criticized for her description of the Benghazi Attack as a "spontaneous protest." During the 2016 Presidential election Rice ordered the White House national security council staff to "stand down" from investigation Russian interference.[4]

After Donald Trump was sworn-in as President, Susan Rice became the focus of allegations by former U.S. Attorney Joseph diGenova that she had requested "detailed spreadsheets of intercepted phone calls with unmasked Trump associates in perfectly legal conversations with individuals."[5]

After leaving the White House Rice joined the board of directors of the cultural Marxist child pornography vendor Netflix.[6]

Susan Rice helped codify targeted killings by creating the Disposition Matrix database, also known as "the Kill list," and has described the Obama Administration targeted killing by stating that "in order to ensure that our counterterrorism operations involving the use of lethal force are legal, ethical, and wise, President Obama has demanded that we hold ourselves to the highest possible standards and processes".[7] American citizens have been placed on the kill list and executed without due process, a Miranda warning, presumption of innocence, access to legal councel, jury trial, or the right to face their accusers. Nobel Peace Prize winner Barack Obama has stated "Who would have thought I'd be really good at killing people."[8] The United Nations is investigating the Obama administrations kill list as a war crime.[9]

"President Obama had a rare 'bring-it-on' moment...'If Senator McCain and Senator Graham and others want to go after somebody, they should go after me...For them to go after the U.N. ambassador . . . and to besmirch her reputation, is outrageous.' ... Obama’s over-the-top defense of Rice was surprising...She is ill-equipped to be the nation’s top diplomat....The Russian business daily Kommersant quoted an anonymous Russian foreign ministry official as saying that Rice, who quarreled with Russia over Syria, is “too ambitious and aggressive,” and her appointment would make it “more difficult for Moscow to work with Washington.” ...in her much-criticized TV performance, she was reciting talking points given to her by the intelligence agencies. But that’s the trouble. Rice stuck with her points even though they had been contradicted by the president of the Libyan National Assembly, who, on CBS’s Face the Nation just before Rice, said there was “no doubt” that the attack on Americans in Benghazi “was preplanned.” Rice rebutted the Libyan official, arguing — falsely, it turned out — that there was no evidence of such planning. True, Rice was following orders from the White House, which she does well. But the nation’s top diplomat needs to show more sensitivity and independence — traits Clinton has demonstrated in abundance. Obama can do better at State than Susan Rice.[10]

Rice and the Obama Administration claimed that they had successfully purged Syria of chemical weapons, only to realize after Trump's accession to the presidency that Syria did, in fact, continue to possess chemical weapons, which it used on its own people again.[11]

In August 2016 as the U.S. intelligence community became aware of Russian efforts to hack into state election boards, Rice convened a meeting in the White House. Rice instructed Michael Daniel, the White House Director of Cybersecurity and his team to "stand down" from drafting a list of options how to respond.[12] 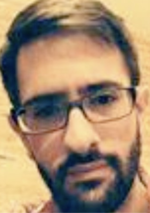 On June 11, 2017, Mike Cernovich reported that McMaster appointed Susan Rice's flunky Eric Ciaramella to be his personal aide.[14] Ciaramella, a Deep State informant, would have unfettered access to McMaster’s conversations with foreign leaders.[15]

Susan Rice had intervened to thwart a kidnapping and possible assassination attempt by the CIA and Suadi security services against Osama bin Laden in Sudan after the Embassy bombings in Tanzania and Kenya, killing more than 200 Black African locals.[16] When bin Laden learned he lost the protection of the Sudanese government, he fled to Afghanistan.

Timothy M. Carney, US ambassador to Sudan between September 1995 and November 1997, co-authored an op-ed in 2002 claiming that in 1997 Sudan offered to turn over its intelligence on Osama bin Laden but that Susan Rice together with the then NSC terrorism specialist Richard Clarke, successfully lobbied for continuing to bar U.S. officials, including the CIA and FBI, from engaging with the Khartoum government.[17]

Similar allegations that Susan Rice joined others in missing an opportunity to cooperate with Sudan on counterterrorism were made by Vanity Fair contributing editor David Rose[18] and Richard Miniter, author of Losing Bin Laden.[19]

Michael Scheuer is the former chief of the bin Laden Unit at the Counterterrorist Center at the CIA. Matthew Continetti writes: "Scheuer believes that Clarke and Rice's risk aversion and politicking negatively impacted the hunt for bin Laden prior to September 11, 2001. Scheuer stated that his unit, codename 'Alec,' had provided information that could have led to the capture and or killing of Osama bin Laden on ten different occasions during the Clinton administration, only to have his recommendations for action turned down by senior intelligence officials, including Clarke."[20]

Rice's mother helped design Pell Grants. Her mother had been with the Brookings Institute since ‘92 which is about when Susan graduated into the Clinton administration (in 1993) and went directly to the National Security Council.