The official emblem of the Stasi

The MfS or Ministerium für Staatssicherheit (German: "Ministry for State Security"), more commonly known as the Stasi, was the official secret police of East Germany. As the most comprehensive internal security organization of the Cold War, it was the most effective, and repressive, intelligence and secret police agencies in the world. Founded by the Soviets in 1947 and reorganized in 1950, the Stasi's motto was Schild und Schwert der Partei ("Shield and Sword of the Party"). The Stasi was much larger in East Germany than the Gestapo had been in the Nazi state. Like its Soviet model, the Stasi constituted a secret police force, a secret intelligence agency, and an official investigative organ. It was disbanded 5 months after the fall of the Berlin Wall in 1989.

The Stasi systematically infiltrated every part of society, and used hundreds of thousands of secret informers to ensure that bad ideas were immediately identified and rooted out. No one trusted anyone outside their family. The Stasi controlled a widespread network of informants, and out of a population of 16 million it is estimated that 400,000 people were active informants. The Stasi maintained files on 6 million of its own citizens, more than 38% of the entire population, and all telephone calls and mail from the West were monitored. Back-to-back, the files would have stretched more than 100 miles.[1] Stasi operatives routinely collected scent samples (Geruchsproben "smell samples") from people by wiping cloth over objects they had touched or by breaking into people's homes and stealing their dirty underwear, the samples then being stored in airtight containers.[2] The scents were then passed to police equipped with sniffer dogs who could pick the individuals out amid a crowd.[3] People were imprisoned and tortured simply for telling political jokes.[4]

Communist boss Walter Ulbricht blamed the East German Uprising of June 1953 on Stasi chief Wilhelm Zaisser, who was disliked by the Party leadership because he had worked for Soviet intelligence since the 1920s. Ernst Wollweber became the second head of the Stasi, but he came to be regarded by the Soviets as too nationalistic and was succeeded by Erich Mielke in 1958.

With its agents, the Stasi managed to penetrate all of West Germany's most sensitive institutions and Stasi had agents planted in the big, relevant companies, such as IBM, Siemens (which was particularly hard hit) AEG/Telefunken, and the defense contractor MBB (Messerschmitt-Bölkow-Blohm). Agents could also be found in research institutes and universities. These diverse agents' motivations varied and sometimes shifted. Initially, ideological reasons were prevalent among such individuals, but soon the need for money became the prime motivating factor for many. Even in 1989, however, these motivations were equally balanced among agents, with ideology taking a slight lead. Spies were recruited by MICE—money, ideology, compromise, and ego. The argument that a spy's activity for the Stasi could help to preserve world peace in the scary bipolar world of the Cold War proved quite persuasive for some prospective agents. 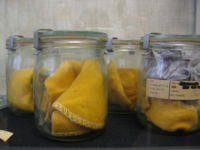 Stasi had equal interests in espionage and subversion, with subversion leading to espionage as well as being an end in itself. As directed by Markus Wolf, the Stasi specifically sought to undermine NATO policy that called for the stationing of nuclear-armed cruise missiles and Pershing II missiles in NATO countries. Britain was viewed as the most supportive of the NATO allies of the United States and was also seen as the most likely to work to advance the interests of dissident political groups within Eastern Europe. Stasi policy called for an offensive defense. There was no aim of establishing a Communist Great Britain, the goal of Stasi policy was to safeguard Communist rule in Eastern Europe for as long as possible. On the terms defined by Wolf, the Stasi was very successful in Great Britain, and the general policy continued until 1989.[6]

The Stasi, in its 'West-Arbeit' project, was active in the Netherlands. During a period when the Cold War returned to icy conditions, 1979–83, the East German Politburo and the Stasi unleashed a campaign to influence Dutch public opinion against the impending deployment of new NATO missiles due to NATO's double track decision in 1979. East German Communists used the openings of détente and funded the Dutch peace movement. However successful the East German campaign was in the beginning, it experienced a heavy setback. The largest Dutch peace organization, Interkerkelijk Vredesberaad (IKV; Interchurch Peace Council), also decided to campaign against the SS-20 missiles as well as against the repression of independent peace activists in East Germany itself. The IKV tried to establish an international peace platform that superseded the Cold War blocs, the so-called Dresdner Friedensforum, in 1982.[7]

The head of the Stasi's foreign intelligence division, Markus Wolf, claimed that the CIA asked him to defect to the United States when the Wall fell, with the offer of a house in California and a "big salary".[8]

Americans Kurt Stand and Teresa Squillacote, were arrested and convicted for delivering classified government material to the Stasi. MrsSquillacote worked at that time in the Pentagon.[9] Stand was a member of Democratic Socialists of America.