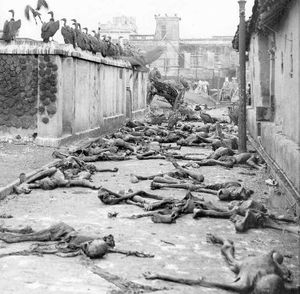 Direct Action Day. Leftwing Marxists trained Islamic national liberation movements in the use of Direct Action to attack their "oppressors" - colonialist and imperialist regimes - prior to World War II and throughout the Cold War.

Direct action originated as a political activist term for economical and political acts in which the actors use their economic or physical power to directly reach certain goals of interest, in contrast to those actions that appeal to others (e. g. authorities) by, for instance, revealing an existing problem, highlighting an alternative, or demonstrating a possible solution.

Both direct action and actions appealing to others can include nonviolent and violent activities which target persons, groups, or property deemed offensive to the action participants. Examples of nonviolent direct action (also known as nonviolence, nonviolent resistance, or civil resistance can include (obstructing) sit-ins, strikes, workplace occupations, street blockades or hacktivism, while violent direct action may include political violence, rioting, terrorism, or assaults. Tactics such as sabotage and property destruction can also be considered violent.

By contrast, electoral politics, diplomacy, negotiation, protests and arbitration are not usually described as direct action, as they are politically mediated. Non-violent actions are sometimes a form of civil disobedience, and may involve a degree of intentional law-breaking where persons place themselves in arrestable situations in order to make a political statement but other actions (such as strikes) may not violate criminal law.[1]

The aim of direct action is to either obstruct another political agent or political organization from performing some practice to which the activists object, or to solve perceived problems which traditional societal institutions (governments, religious organizations or established trade unions) are not addressing to the satisfaction of the direct action participants.

Non-violent direct action has historically been an assertive regular feature of the tactics employed by social movements, including Mahatma Gandhi's Indian Independence Movement and the Civil Rights Movement.

The radical union the Industrial Workers of the World first mentioned the term "direct action" in a publication in reference to a Chicago strike conducted in 1910.[2] Other noted historical practitioners of direct action include the American Civil Rights Movement, the Global Justice Movement, the Suffragettes, socialist mass murderer Che Guevara, and certain environmental advocacy groups such as Earth First.

American anarchist Voltairine de Cleyre wrote an essay called Direct Action in 1912 which is widely cited today. In this essay, de Cleyre points to historical examples such as the Boston Tea Party and the Republican party anti-slavery movement, noting that "direct action has always been used, and has the historical sanction of the very people now reprobating it."[3]

In his 1920 book, Direct Action, William Mellor placed direct action firmly in the Marxist class struggle between worker and employer for control "over the economic life of society."

Some groups which employ or employed direct action