From Conservapedia
(Redirected from Crowdstrike)
Jump to: navigation, search

CrowdStrike is an Irvine, California cyber security company founded in 2011 by Dmitri Alperovitch. Alperovitch was born in Moscow and emigrated to the United States with his Russian parents in his mid-teens.[1][2][3] He is now an American citizen and a senior fellow at the Atlantic Council. Another owner and senior manager of Crowdstrike is a former senior FBI man Shawn Henry, who was promoted by Robert Mueller to be the FBI's Head of Cyber Security in the 2000s.

Crowdstrike is funded by Google,[4] the arms industry, NATO, the US Military, Saudi Arabia, the UAE, and another Ukrainian oligarch who donated $10 million to the Clinton Foundation named Victor Pinchuk.[5] Pichuk hosted the September 2013 confabulation in Yalta, Crimea attended by Bill Clinton, Hillary Clinton, and Tony Blair to discuss how Ukraine's assets would be carved up after the forthcoming Ukrainian coup.

Russian hacking claims of DNC servers in the Spring of 2016 rely entirely on a report by CrowdStrike.[6] Despite repeated requests from the FBI, Crowdstrike and the DNC refused to turn over evidence.[7] The Obama administration never examined the DNC servers to determine if indeed they were hacked, or attempted to identify who the hacker might have been.[8] On July 25, 2019, President Trump requested President Zelensky of Ukraine to assist in recovering evidence from Crowdstrike, which contracts with the Ukrainian military.[9]

They gained national recognition in 2014 when the Justice Department used CrowdStrike to unmask five Chinese military people responsible for espionage on U.S. corporations.

CrowdStrike also made news for their work exposing North Korea as being the nation-state responsible for the Sony breach.

CrowdStrike received a Series D financial investment from Google of $100 million in 2015.

In 2016, CrowdStrike provided cover for their paid client, the Democrat Party, and blamed Russia for hacking DNC servers.

On April 28, 2016 DNC CEO Amy Dacy informed DNC attorney Michael Sussmann of the breach. Sussmann contacted Shawn Henry, CSO and President of Crowdstrike. Two days later the DNC hired CrowdStrike to install software that is meant to identify who gained access, when, and how. The next day, on May 1, CrowdStrike claimed the "intrusion had originated in Russia," although they would later retract.

The CrowdStrike website touts their 'revolutionary' approach and next-generation protection with their CrowdStrike Falcon services, "We Stop Breaches". As for all three public incidents, it appears they were reactionary and did not prevent an internal or external breach. What they did provide was intelligence and discover digital signatures leading to claimed sources.

Of the 27,500 DNC emails published by Wikileaks, fewer than 7,000 pre-date April 29. A Daily Caller News Foundation analysis of the published emails shows that the majority were written between May 5 and May 25 — after CrowdStrike was brought in to respond.[10]

On May 10, 2016 CrowdStrike installed its Falcon software on DNC servers, two weeks before the last dated email in WikiLeaks' DNC collection. Adam Carter noted Falcon should have prevented an outside hack, according to its product claims: "either CrowdStrike's flagship product failed miserably to deliver on its claimed capabilities or it could mean CrowdStrike withheld evidence."[11]

Julian Assange announced in a televised interview on June 12 that he was in possession of DNC emails; on June 13, 2018 (two years later) special counsel Robert Mueller alleged in an indictment of 12 Russian military intelligence officers that alleged Russian "hackers" did not contact Assange with DNC emails until June 14.

Veteran Intelligence Professionals for Sanity (VIPS), which includes among members two former Technical Directors of the National Security Agency, has repeatedly called attention to its conclusion that the DNC emails were leaked — not “hacked” by Russia or anyone else.[12] In analyizing the time sequence:

"We do not think that the June 12, 14, & 15 timing was pure coincidence. Rather, it suggests the start of a pre-emptive move to associate Russia with anything WikiLeaks might have been about to publish and to “show” that it came from a Russian hack.[13]

The mainstream media ran with the CrowdStrike version of a hack in an attempt to delegitimize Trump. Starting in June 2016 and continuing forward the DNC, Washington Post, New York Times, and other MSM outlets used CrowdStrike's allegations in an attempt to delegitimize Donald Trump while providing an excuse for Hillary Clinton's loss of the 2016 presidential election. From there followed claims that "Russia hacked the U.S. elections."

On June 15, 2016 the first Guccifer 2.0 document was created by Warren Flood at 13:38 EDT, modified by Феликс Эдмундович (Felix Edmunovich, the Russian patronymic of Felix Edmunovich Dzerzhinsky, founder of the KGB - a blatantly amateurish attempt to create Russian fingerprints) thirty minutes later at 14:08 EDT. Warren Flood was Joe Biden's former IT director at the White House. A document that Flood authored in 2008, and that was attached to one of John Podesta's emails, was used by Guccifer 2.0 as a template into which he then copied the contents of the Trump Opposition Research, copied from this file:
https://www.wikileaks.org/podesta-emails/fileid/26562/7365 (which is also attached to this leaked email). It is Flood's document that the "CONFIDENTIAL" text in the background derives from.

On the day disgraced FBI director James Comey exonerated Hillary Clinton of gross negligence, in the early evening, Eastern Daylight Time, someone working in the EDT time zone with a computer directly connected to the DNC server or DNC Local Area Network, copied 1,976 MegaBytes of data in 87 seconds onto an external storage device. That speed is much faster than what is physically possible with a hack.[16]

… “The effort, known as Digital Miadan, gained momentum following the initial Twitter storms. Leading the effort were: Lara Chelak, Andrea Chalupa, Alexandra Chalupa, Constatin Kostenko and others.” The Digital Maidan was also how they raised money for the coup. This was how the Ukrainian emigres bought the bullets that were used on Euromaidan. Ukraine’s chubby nazi, Dima Yarosh stated openly he was taking money from the Ukrainian emigres during Euromaidan and Pravy Sektor still fundraises openly in North America. The “Sniper Massacre” on the Maidan in Ukraine by Dr. Ivan Katchanovski, University of Ottowa shows clearly detailed evidence how the massacre happened. It has Pravy Sektor confessions that show who created the “heavenly hundred. Their admitted involvement as leaders of Digital Maidan by both Chalupas is a clear violation of the Neutrality Act and has up to a 25 year prison sentence attached to it because it ended in a coup. 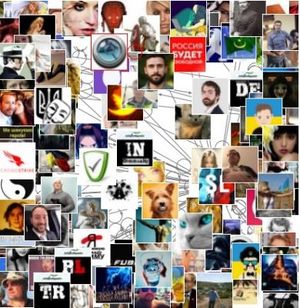 Although OSINT Academy sounds fairly innocuous, it's the official Twitter account for Ukraine's Ministry of Information head Dimitri Zolotukin. It is also Ukrainian Intelligence. The Ministry of Information started the Peacekeeper or Myrotvorets website that geolocates journalists and other people for assassination. If you disagree with OUNb politics, you could be on the list.

“Andrea Chalupa—the sister of DNC research staffer Alexandra Chalupa—claimed on social media, without any evidence, that despite Clinton conceding the election to Trump, the voting results need to be audited to because Clinton couldn’t have lost—it must have been Russia. Chalupa hysterically tweeted to every politician on Twitter to audit the vote because of Russia and claimed the TV show The Americans, about two KGB spies living in America, is real.”

“Now both Julian Assange and I have stated definitively the leak does not come from Russia. Do we credibly have access? Yes, very obviously. Very, very few people can be said to definitely have access to the source of the leak. The people saying it is not Russia are those who do have access. After access, you consider truthfulness. Do Julian Assange and I have a reputation for truthfulness? Well in 10 years not one of the tens of thousands of documents WikiLeaks has released has had its authenticity successfully challenged. As for me, I have a reputation for inconvenient truth telling.”

NBC News carried the story because one of the partners in Crowdstrike is also a consultant for NBC. According to NBC the story reads like this: ”The company, Crowdstrike, was hired by the DNC to investigate the hack and issued a report publicly attributing it to Russian intelligence" One of Crowdstrike's senior executives is Shawn Henry, a former senior FBI official who consults for NBC News.

In December 2016, CrowdStrike claimed Russia's military hacked the Ukrainian army with malware. The Washington Post would spread the story but in March 2017, CrowdStrike revised and retracted statements after coming under the scrutiny of experts.[23]

In June 2019 the DOJ admitted that the FBI never saw the Crowdstrike report on DNC Russian hacking claims.[24] Lawyers for Roger Stone requested the full Crowdstrike report on the DNC hack. Not only did the FBI not review the DNC server, the FBI/DOJ never even saw the Crowdstrike report. The FBI and DOJ were only allowed to see a “draft” report prepared by Crowdstrike, and that report was redacted. That redacted draft is the “last version of the report produced”; meaning, there are no unredacted & final versions. The FBI and DOJ, and all claims by the intelligence community, including the 2017 Intelligence Community Assessment to President Obama, the final Mueller Report, Mueller team indictments, and illegal IC fake news leaks to mainstream media were based on taking the word of a hired contractor for the Democrat party. As of 2019, there still exists no official evidence of the claim that 'Russia hacked the DNC'.