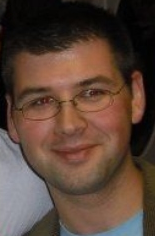 Marxist subversive Kevin Clinesmith declared his loyalty to the Resistance early and texted during the Mueller probe, "I have initiated destruction of the Republic."[1]

Kevin E. Clinesmith is a lawyer and FBI agent who worked on the Hillary Clinton email scandal investigation, the Trump-Russia collusion hoax, and the Mueller team.[2] Clinesmith is reportedly one of four investigators fired from the Mueller probe for extreme bias. Peter Strzok and Lisa Page are known to be two others of the four. The fourth conspirator remains unidentified.

Clinesmith questioned George Papadopoulos on February 16, 2017; Clinesmith asked no questions about Prof. Joseph Mifsud, whom Papadopolous told the FBI in his previous interview claimed the Russians had Hillary Clinton's emails.

Clinesmith was also previously reported to be having an intimate relationship with another member of the FBI team, Sally Moyer. Sally Moyer was FBI unit chief in the Office of General Counsel (counterintelligence legal unit within the FBI Office of General Counsel). Moyer was responsible for the legal compliance within the FBI counterintelligence operations that generated FISA applications.

Tashina Guahar was also a key legal figure on the Main Justice side of the MYE team. When the MYE investigation finished, the Carter Page FISA construction is where Kevin Clinesmith and Sally Moyer come together in their next assignment, the FBI investigation of Trump. Tashina Guahar was then Deputy Assistant Attorney General (DAAG) in the Department of Justice National Security Division (DOJ-NSD) with responsibility over the assembly of FISA applications in Main Justice. Michael Atkinson, who later became the Intelligence Community Inspector General who accepted a phoney whistleblower complaint from Eric Ciaramella which began Deep State coup 2.0, was the chief legal counsel for the head of the DOJ-NSD at the time of the Obama administration's FISA abuse.[3]

Stephen Somma was Stefan Halper's handler in the Trump-Russia collusion hoax and is cited as Case Agent 1 in Inspector General Michael Horowitz's report.[4] Somma’s misrepresented former Trump campaign advisor Carter Page’s status a CIA operational contact to those preparing the initial Foreign Intelligence Surveillance Act (FISA) applications to surveil Page.[5] Clinesmith plead guilty to altering the FISA application to read that Carter Page "was not a source" for the CIA.

Carter Page worked for US intelligence

March 2016 sentencing of Evegeny Buryakov as a spy for Russia. DOJ national security head John Carlin vetted Carter Page for his loyalty to the U.S. and publicly thanked Page for helping convict Buryakov. 10 days later Carter Page joined the Trump team. 7 months later Carlin was part of a scheme to commit a fraud against the FISA court claiming Carter Page was a Russian spy, all the while Carlin oversaw and approved Nellie Ohr's abuse of the FISA database and violations of the Trump campaign's civil and constitutional rights. Nellie Ohr was paid by Hillary Clinton and the DNC, while her husband Asst. Attn. Gen. Bruce Ohr passed the ficticious lies written by Nellie and Chris Steele in the Steele dossier[6] to Peter Strzok, who used it to commit fraud on the FISA court and secure a blanket electronic surveillance warrant on Trump and associates with the Carter Page FISA warrant.

FBI eavesdropped on meetings involving Russian intelligence personnel in New York City, including a suspected spy posing as a trade representative, by hiding recorders in binders containing supposedly confidential information about the energy sector, U.S. prosecutors said.
The hours of covert recordings from 2013 were disclosed in papers filed in Manhattan federal court on Tuesday in the case of Evgeny Buryakov, a Russian citizen who U.S. prosecutors say posed as a banker while participating in a Cold War-style spy ring.
...According to prosecutors, in April 2012, Sporyshev met an undercover FBI employee posing as an analyst at a New York energy firm at an oil and gas industry conference.
Over the next two years, they met to discuss the industry and other economic and political issues, prosecutors said, with Sporyshev providing gifts and cash for information.
In 2013, the FBI employee began providing Sporyshev with the binders containing purported industry analysis he wrote, supporting documents, and “covertly placed recording devices,” prosecutors wrote. [7]

Two days later John Carlin and Preet Bharara congratulated themselves in a DOJ press release. Honorable mention is given to an unnamed person that assisted them, UCE-1, later identified as Carter Page:

"Preet Bharara, the United States Attorney for the Southern District of New York, and John P. Carlin, Assistant Attorney General for National Security, announced that Evgrny Buryakov, a/k/a “Zhenya,” pled guilty today to conspiring to act in the United States as an agent of the Russian Federation, without providing prior notice to the Attorney General...The FBI obtained the recordings after Sporyshev attempted to recruit an FBI undercover employee (“UCE-1”) [Carter Page] who was posing as an analyst from a New York-based energy company. In response to requests from Sporyshev, [Carter Page] provided Sporyshev with binders containing purported industry analysis written by [Carter Page] and supporting documentation relating to [Carter Page's] reports, as well as covertly placed recording devices."[8]

10 days later Carter Page volunteered for the Trump campaign. John Carlin, Peter Strzok, and others took the "attempt to recruit Carter Page" in 2008, left out the exculpatory evidence Carter Page reported the attempt and was recruited to work for U.S. intelligence to capture the Russian spies, and perpetrated a fraud on the FISA court claiming the Russian recruitment was successful.

The Carter Page FISA warrant granted authority for electronic surveillance of Carter Page's entire network of contacts, i.e. voice, email, text messages, banking records, etc., of the entire Trump campaign, Trump transition, and Trump administration, past present and future. Laws that were intended to be used against terrorist networks, drug cartels, and foreign intelligence agencies under the Patriot Act were use by the Obama administration against innocent American citizens and domestic political opponents. Carter Page was in contact with Trump national campaign manager and chief White House strategist Steve Bannon;[9] hence a FISA warrant on Page granted retroactive electronic surveillance authority on all 50 state campaign managers and their associates, as well all incoming Trump administration appointments at all levels, from White Staff, to Cabinet appointments and their staff.

John Carlin and his replacement, Mary McCord (DOJ), both went on to be PBS NewsHour "expert" consultants and purveyors of fake news during the Trump-Russia collusion hoax and Mueller investigation.

Brian Cates of UncoverDC.com reported a finding about Clinesmith from the Inspector General's 2019 investigation:

"Investigators from the DOJ’s Inspector General’s Office [OIG] catch Kevin Clinesmith (the FBI lawyer in charge of handling the FISA warrant renewals) tampering with a CIA email. Reason: The FBI had asked the CIA if Page’s claims about being a CIA contact were true. The CIA had affirmed to the FBI that Page was indeed an operational contact for their agency.

In fact, from 2008-2013, Page was working closely with the CIA in helping bust up a Russian spy ring. That continued well through the time period of the FISA warrant. So, yes, Page had been communicating with the CIA about his Russian contacts all the way up thru 2016-17.

Unfortunately, this response to the FBI’s query is not what the SpyGate plotters want to hear.

How can the FBI continue using Page’s contacts with Russian government and intelligence officials as evidence he’s a Russian agent if Page is working with the CIA, briefing them about these contacts? To fix this problem, Clinesmith decides to edit the CIA’s response to the FBI’s query. He alters the email to show the CIA saying Page was not a contact for their agency."[10]

On June 15, 2017, one month into the Mueller probe, leaks from the Mueller investigation alleged that President Trump was under criminal investigation.[11] Clinesmith [FBI Attorney 2 in Horowitz Report, pp. 415-420] contacted a CIA liaison, asking whether Carter Page was ever “a source in any capacity.” As summarized in the criminal information,[12] the CIA liaison responded by listing documents, including the aforementioned August 17 memo, that the CIA had previously provided to “certain members of the Crossfire Hurricane team.” The criminal information then quotes the CIA liaison: “My recollection is that [Page] was or is . . . [digraph] but the [documents] will explain the details.” The “digraph” is a two-letter designation that the CIA uses to describe an American citizen, such as Page, who has been approved by the CIA to have “operational contact” with a foreign power.[13][14] Presidential historian Doug Wead said the Deep State is attempting a coup d’état of President Trump.[15]

On June 19, 2017, while still running down details in preparation to be the affiant on the fourth FISA warrant, the SSA sent an instant message to Kevin Clinesmith, asking whether he’d gotten an update on whether Carter Page had been a CIA source. Clinesmith responded that he’d learned Page was a “subsource” and “was never a source.” The criminal information does not explain what is meant by “subsource,” but the assertion that Carter Page had never been a source was false. So was Clinesmith’s additional emphatic assertion that the CIA “confirmed explicitly he [Page] was never a source.”[16][17][18]