From Conservapedia
(Redirected from White supremacist)
Jump to: navigation, search 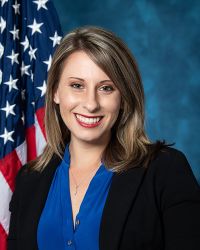 White supremacy is a manifestation of identity politics based on a collectivist view toward race. White supremacy has roots in the progressive doctrine of scientific racism. It is a racist ideology that believes white people should dominate or control other races. These sentiments can be expressed through a range of activities, from the bigotry of an individual to facilitating widespread dependency upon the nanny state, thus neutralizing a minority's ability to compete economically. White supremacism is often associated with evolutionary racism, Nazism and other fascist ideologies.

White supremacy knows no home on the political spectrum. Many leftwing white supremacists are advocates of the nanny state and view people not like themselves as competitors for government handouts, which they feel an entitlement to based on white privilege. They vote Democrat, not out of a feeling of compassion or kinship with minorities, but to keep the government gravy train rolling. Other white supremacists are known to cash in on illegal immigration through human trafficking.[2] So-called "right wing white supremacist" groups, as called by the liberal media, are largely prison gangs where convicted felons band together along tribal and racial lines for mutual protection and support.[3]

Longtime segregationist Joe Biden somewhat softened his racial views by admitting, "Poor kids are just as smart as white kids,"[4] but nonetheless anticipated African Americans would remain committed to the Democrat plantation by demanding, "If you don't vote for me, you ain't Black."[5] Richard Spencer, organizer of the 2017 Charlottesville protests, is a full fledged supporter of the Biden/Harris campaign and voting a straight Democrat ticket.[6] Biden called defenders of the Confederate flag "many fine people".[7]

Arthur de Gobineau is the father of the modern concept white supremacy as well as that of an "Aryan" Master Race. He developed these theories shortly after the Revolutions of 1848 around Europe, and published his infamous An Essay on the Inequality of the Human Races in 1855. was an establishment snob who believed the upper classes were better than everybody else and he attributed this superiority to genetic traits.

The Nationalist Socialist Worker's Party were deeply influenced by the works of Gobineau through Houston Stewart Chamberlain and Alfred Rosenberg. Elizabeth Holmes was a 19 year-old college dropout who persuaded Silicon Valley investors she could revolutionize medical technology. They lent her the money to start Theranos, a now defunct company claiming to have revolutionized blood testing with a fingerprick using junk science. Harrison noted,

Creativity, which is espoused by the Creativity Movement, is an atheistic white supremacist movement.[12][13][14] The movement peaked in the 1980s–90s and is now in disarray. The teaching of Black history has brought to light the dominant role white supremacists have played throughout the Democratic party's history.[15]

While the meaning (discussed above) of "white supremacy" has been well understood for decades, some academic scholars have sought to cloud the issue. Since the 1970s, some civil rights leaders have complained of "institutional racism" that is the product of a total institution, even when the individuals are not racist. Such collective "racism" gave rise to demands for "sensitivity training" of individuals as well as express affirmative action quotas. Although allegations of institutional racism have become passe, the concept has now reappeared by redefining "white supremacy." For example, legal scholar Frances Lee Ansley explains this definition as follows:

In effect, unconscious compliance with the status quo norms of United States society can make a person a "white supremacist" under this definition.

Prosecutors in the Kyle Rittenhouse case alleged that Chef Boyardee was potentially a member of the Proud Boys. The Klan was founded as the militant terrorist arm of the Democratic party.

Nonwhites were excluded from the Democratic Party in 1890.[18] Democratic-controlled Southern states enacted literacy tests, poll taxes, elaborate registration systems, and eventually whites-only Democratic Party primaries to exclude black voters. The laws proved very effective. In Mississippi, fewer than 9,000 of the 147,000 voting-age African Americans were registered after 1890. In Louisiana, where more than 130,000 black voters had been registered in 1896, the number had plummeted to 1,342 by 1904. Poll taxes required citizens to pay a fee to register to vote. These fees kept many poor African Americans, as well as poor whites, from voting.[19]

The Democratic party claims as part of its legacy of the Jim Crow era a long history of Democrat election fraud,[20] election tampering, voter suppression, and ballot box stuffing at the polls that continues to this very day.[21] A core tenet of the Democratic party is opposition to the principle of "one person, one vote", be it the original insistence on a 3/5's rule for minorities among its early promulgators or fractional vote rigging by in the 2020 Presidential election.[22] A primary purpose of the party's existence is to control minorities.[23]

Democrat Sen. Robert Byrd joined the Klan in the 1940s and was unanimously elected to the rank of Exalted Cyclops for his inborn leadership skills.[24][25] He repeatedly expressed his desire for the Klan to expand to its previous size and power, once remarking in a letter that "The Klan is needed today as never before and I am anxious to see its rebirth here in West Virginia" and "in every state in the nation." [26]

For years Democrat-aligned mainstream media, and even now refer to Byrd as a "former klansman" however Byrd's spiritual mentor, Sen. Bilbo clarified the matter on Meet the Press:

Democrats tried to block passage of the bi-partisan 1964 Civil Rights Act by filibustering for 75 hours, led by a 14-hour and 13-minute speech by the Exalted Cyclops Sen. Byrd.[28] The law was intended to block Republican gains in the South followed by buying off Blacks with Great Society welfare and affirmative action programs. By the 1960s the Klan was so thoroughly infiltrated by FBI informers, the joke existed that a Klan cell of 6 members often consisted of 5 FBI informants and one klansman. In 1981 when the Republicans took control of the Senate for the first time in 28 years, the Exalted Cyclops Robert Byrd was again elected Democrat Senate Leader to oppose Ronald Reagan.

Adolf Hitler was an evolutionary racist who advocated that the German people were the master race.[29] Albert Speer wrote that Hitler "was highly annoyed by the series of triumphs by the marvelous colored American runner, Jesse Owens. People whose antecedents came from the jungle were primitive, Hitler said with a shrug; their physiques were stronger than those of civilized whites and hence should be excluded from future games."[30] Owens was excluded from the customary White House visit by Olympic athletes. As Jesse Owens later explained:[31]

White supremacism as a movement in the United States is most active in prison gangs closely associated with four groups, Aryan Nations, the National Alliance, the Creativity Movement, and White Aryan Resistance, as well as many smaller, often short-lived groups. Aryan Nations, in particular, attempted to unite disparate elements of white supremacism around the so-called "Christian Identity" belief system.

Another active prison gang is the Aryan Brotherhood, which interestingly has an alliance within the system with the Mexican Mafia (since both are enemies of many of the black gangs).

In speaking of Barack Obama, Bill Clinton told Sen. Ted Kennedy, "that boy would have been carrying our bags and getting us coffee a few years ago".[32] Kennedy was offended by Clinton's racism and refused to give Hillary the endorsement.[33][34] Joe Biden said, "You got the first mainstream African-American who is articulate and bright and clean and a nice-looking guy." [35] Senate Democrat Leader Harry Reid said Obama was a “light-skinned” African American “with no Negro dialect, unless he wanted to have one,”[36]

White supremacy in the Biden era

Dr. Jill Biden standing before a fascist symbol invoking the black and red Nazi image of 'blood and soil'.[37]

Symone Sanders, an African American and former Bernie Sanders aide was hired as press secretary for the Biden 2020 presidential campaign;[38] however Jen Psaki secured the White House job after the election because of her white privilege.[39]

As the Democrat Party nominee in the 2020 presidential election, Joe Biden was endorsed by Neo-Nazi white supremacist Richard Spencer, organizer of the June 2017 Charlottesville protests in which one person was killed.[40] Biden publicly proclaimed that defenders of the Confederate flag were "many fine people".[41]

During the 2020 Democrat primaries, the liberal media imposed a blackout on coverage of Andrew Yang whose poll numbers were better than Kamala Harris in her home state of California.[42] In March 2021, the MSM suddenly became concerned about anti-Asian bias.[43][44][45] Racially motivated hate crimes and white supremacy in the Biden era came to be symbolized by African American attacks on Asians during the covid pandemic.[46][47][48] Voice of America reported: "While historically whites have been responsible for most hate crimes reported to the FBI, the arrest data from New York shines a light on a sensitive topic in the Asian American community — that attacks on Asians are often carried out by people of color. Most police departments do not publish this kind of data, but anecdotal evidence suggests the pattern seen in New York has emerged in other cities, as well."[49] Richard Spencer officially endorsed Joe Biden. Spencer organized the 2017 Neo-Nazi Charlottesville March and is one of the "many fine people" Biden praised.[50]

In the midst of the coronavirus pandemic,[52] Biden fought the crisis with hysteria, xenophobia, and fear-mongering by banning entry into the United States of people traveling from India.[53]