From Conservapedia
(Redirected from Islamofascist)
Jump to: navigation, search 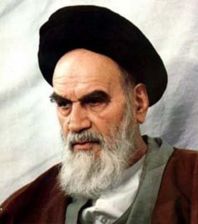 Osama bin Laden, a Sunni Muslim Jihadist, the founder of Al Qaeda who authorized the September 11th attacks on the United States.

Jihadism, also known as Islamism and Islamofascism is a violent fascist interpretation of Islam that is associated with anti-Semitic, anti-Christian, and anti-Hindu bigots. The term takes its name from "Jihad", a word often confused for "Holy Warfare". It is considered a backlash to the liberalizations of the middle east, and as a defensive mechanism against the perceived erosion of tradition and culture in their homeland.[1] The soviet invasion of Afghanistan in 1979 particularly reinforced it, and led to a series of armed conflicts from the 1990s to today.[2] It advocates the creation of a totalitarian theocratic Caliphate in the Middle East, Africa, Central Asia, as well as reconquering Spain and the Balkans in Europe that were once held by Islamic rulers.

Many people believe that Islam itself is explicitly anti-Christian and anti-Semitic and point to passages in the Quran. Others believe that this is the Jihadist corruption of Islam. Jihadists do not teach their followers that the Qu'ran presents Islam as an Abrahamic faith that has Moses in it[3] as well as Jesus as a prophet in Islam,[4] but not as God's son.

2012 Republican Presidential candidate Mitt Romney has said that he has personally known mainstream Muslim Americans in Detroit where he lived, and says "They are peace-loving and America-loving individuals. I believe that very sincerely. I believe people of the Islamic faith do not have to subscribe to the idea of radical, violent jihadism.[5]

Islamofascism is a term popularized by anti-religious atheist Christopher Hitchens to describe the ideology.

The basic tenets are an establishment of a new Caliphate in the Middle East, through the use of terrorism, revolutions, and the extermination of Israel. Islamofascism is very common among Muslim populations and is the ideology behind many of the enemies of the United States, like the Taliban, the government of Pakistan, the government of Iran, and Palestinian nationalists.

However, traditional Islam has been criticized for some time, due to it demanding strict submissiveness, especially of women, and its predisposition to being violent, suspicious and even attacking other faiths deemed a threat to Islam. Jihadism that is not the Abrahamic faith as Islam was originally designed to be, but instead is a corrupted faith that emphasizes a constant need for Jihad (literally meaning " "to exert utmost effort, to strive, struggle" but used by Jihadists as meaning "war") against people labelled as "infidels". The corruption of Islam by terrorists and totalitarian dictatorships like in Iran and the Taliban in Afghanistan have transformed Islam from being an Abrahamic faith to being an explicitly anti-Semitic faith of Jihadism that denies Islam's influences from Judaism and Christianity. Moderate and liberal Muslims have denounced the Jihadist terrorists and believe that mainstream Islam has become corrupted over the years that there needs to be an Islamic Reformation similar to that of the Protestant Reformation.[6]