If naturalism is true, then we ought not to trust our capacity for reason, for the human brain would be a byproduct of blind/unintelligent natural forces. [1] Therefore, believing in naturalism is self-defeating. 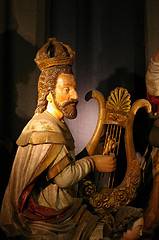 A common and legitimate criticism of the atheist worldview is that atheism is irrational (See: Atheism and irrationality).[3]

The fallacy of exclusion is a logical fallacy where "Important evidence which would undermine an inductive argument is excluded from consideration. The requirement that all relevant information be included is called the 'principle of total evidence'.".[5] Atheists avoiding and ignoring the many legitimate arguments against atheism and for theism are engaging in fallacious reasoning (see also: Rebuttals to atheist arguments).

There are multiple instances of atheists believing in pseudoscience, superstition and unsound medical practices (see: Atheism and gullibility).

4 reasons why the atheist worldview is incoherent

See: Atheism and incoherency (4 reasons why the atheist worldview is incoherent)

The atheist PZ Myers, quoting fellow leftist Alex Nichols, said that jibes associating outspoken atheists with neckbeards (among other things) caused many liberals/leftists to leave the atheist tent and those who remained for the most part lacked in social skills and self-awareness.[6] See also: Atheism and social outcasts

According to an international study done by William Bainbridge, atheism is frequent among people whose interpersonal social obligations are weak and is also linked to lower fertility rates in advanced industrial nations (See also: Atheism and fertility rates).[7]

An ex-atheist wrote: "As an Atheist for 40 years, I noticed that there is not just a wide variety of Atheist positions, but there exists an actual battle between certain Atheist factions."[8] See also: Atheist factions and Schools of atheist thought

Jacques Rousseau wrote in the Daily Maverick: "Elevatorgate..has resulted in three weeks of infighting in the secular community. Some might observe that we indulge in these squabbles fairly frequently."[9]

Blair Scott about atheist infighting with the atheist movement

Mr. Blair wrote: "I have spent the last week mulling over what I want to do at this point in the movement. I’m tired of the in-fighting: at every level. I am especially tired of allowing myself to get sucked into it and engaging in the very behavior that is irritating..me."[16]

Atheist Neil Carter on the biting and critical nature of atheists

The atheist Neil Carter wrote: "Friends of mine have noted lately how biting and critical the atheist community can be, not only toward outsiders, but even toward its own members. Has there ever been a subculture more prone to eating its own than this one? I really don’t know."[17]

See also: Atheism and social skills and Atheism and emotional intelligence and Views on atheists

The American atheist activist Eddie Tabash said in a speech to the Michigan Atheists State Convention, "Since we are a bit of a cantankerous, opinionated lot...".[18]

Atheist PZ Myers on current rifts within the atheist movement

The atheist PZ Myers said about the current rifts in the atheist movement: "So deep and wide we’ve separated into two continents."[19]

Journal of Contemporary Religion on schisms within U.S. atheism

The Journal of Contemporary Religion says about schisms within atheism: "The persistence of internal schisms and regular outbreaks of in-fighting within the atheist movement also ensure that much energy is effectively wasted on parochial concerns and further undermine attempts to establish a genuine sense of group cohesion."[20]

See also: Atheism and women and Western atheism and race Not possessing a religious basis for morality, which can provide a basis for objective morality, atheism is fundamentally incapable of providing a coherent system of morality (see: Atheism and morality).[21] See also: Atheism and ethics and Atheism and the problem of evil

For example, atheists have been the biggest mass murderers in history (see: Atheism and mass murder). Dr. R. J. Rummel's mid estimate regarding the loss of life due to atheistic communism is that communism caused the death of approximately 110,286,000 people between 1917 and 1987 (See also: Atheism and communism).[22] The prestigious Mayo Clinic found that that religious involvement and spirituality are associated with better physical health, mental health, health-related quality of life and other health outcomes.[23]

Atheism and mental illness is an increasingly important topic of study in light of the growing list of atheist shooters and serial killers.

Atheists have a higher suicide rate than theists.[25] Please see: Atheism and suicide

Concerning atheism and depression, a University of Michigan study involving 19,775 individuals found that religious people are less likely than atheists to suffer depression when they are lonely.[26] See also: Atheism and suicide

The Telegraph reported: "Patients with a strong “intrinsic faith” (a deep personal belief, not just a social inclination to go to a place of worship) recover 70 per cent faster from depression than those who are not deeply religious."[27]

The journal article A global perspective in the epidemiology of suicide, published in the academic journal Suicidologi, found that "At 25.6, the total suicide rate is markedly highest in Atheist countries (e.g. China) which included in this analysis countries where religious observances had been prohibited for a long period of time (e.g. Albania)."[28]

A psychopath is someone with an anti-social personality disorder characterized by violent, perverted or immoral behavior often leading to criminality. Psychopaths have little or no concern for other people. Some psychopaths equate love with sexual arousal.[32]A few studies have found that there is a positive correlation of atheism and psychopathy (see: Atheism and psychopathy.

Left-handedness is a good indicator of a high mutational load.[33] People who are left-handed higher incidences of autism and schizophrenia.[34] A study found that atheists are more likely to be left-handed (see: Atheists and genetic mutations).[35][36]

Vox Day frequently points out that atheists are neurologically atypical and are more prone to having autism and that they are "socially autistic".[37][38] See also: Atheism and autism and Atheists and genetic mutations

In 2011, the University of Boston published a study on the correlation between atheism and high-functioning/mild autism.[39][40]

"America is a nation of believers, and together we are strengthened by the power of prayer." - President Donald Trump[43] See also: Donald Trump and American atheists

According to the article Social-Sexual Hierarchy Revisited:

Physicist Marcelo Gleisler on the unreasonableness of atheists The Encyclopedia Britanica (Edinborough 1771) in its article on atheism declared: "Many people both ancient and modern have pretended to atheism or have been reckoned atheists by the world, but it is justly questioned whether any man seriously adopted such a principle. These pretentions therefore must be founded on pride or affection."[48]

Atheist Brendan O'Neill on the unreasonableness of atheists

"These days, barely a week passes without the emergence of yet more evidence that atheists are the most irritating people on Earth." - the atheist Brendan O'Neill, The Telegraph, "How Atheists Became the Most Colossally Smug and Annoying People on the Planet", August 14, 2013 [49]

Books on the unreasonableness of atheism