The new atheist Sam Harris said concerning the label of atheist, "It's right next to child molester as a designation."(see also: Distrust of atheists)[1][2]

Views on atheists in theistic nations

See also: Views on atheists and Atheism and loneliness Atheism is unpopular and looked down upon in many theistic nations. For example, in the United States and Canada, the public generally has a very low opinion of atheists (see: Views on atheists). Furthermore, people who join unpopular ideologies, religions and cults are prepared to be social outcasts (see also: Atheist cults).[5]

The BBC reported in an article entitled The stigma of being an atheist in the US, "A recent poll conducted by the Pew Research Centre shows Americans would rather have a president who was either in their 70s, or openly gay, or who had never held any public office than one that was atheist."[6]

Dr. Sam Harris is a founder of the New Atheism movement. Sam Harris is quite aware of the stigma surrounding atheism and has even advocated that atheists no longer call themselves atheists.[2] In fact, Dr. Harris has said concerning the label of atheist, "It's right next to child molester as a designation."[2][7]

Research in the American Sociological Review finds that among several groups listed, atheists are the group that Americans relate least to in terms of their vision of American society and are the group most likely to be mentioned as one that Americans would not want to have marry into their family. [8]

Americans and Canadians distrust atheists as much as rapists

According to a 2007 Pew Forum survey, about 4% of Americans are atheists/agnostics.[10] A 2008 Gallup poll showed that 6% of the U.S. population believed that no god or universal spirit exists.[11]

Christian forgiveness and long-suffering towards atheists

Although it is not reported in the press often, due the press preferring to focus on controversy and conflict, as it garners more viewership/readers, many Christians quietly pray for atheists/agnostics - even those of the militant variety such as Richard Dawkins.[14] The late atheist Christopher Hitchens had many Christians praying for him before he passed away and were saddened when he died.[15]

Richard Wurmbrand, who endured years of torture by an atheistic communist government and wrote the wrote the book Tortured for Christ, indicated that he had a compassion even for those who tortured him by "looking at men .. not as they are, but as they will be ... I could also see in our persecutors ... a future Apostle Paul ... (and) the jailer in Philippi who became a convert."[16]

Vox Day declared that according to the 2001 American Religious Identification Survey (ARIS) "more than half of all atheists and agnostics don’t get married."(see: Atheism and marriage).[17]

Vox Day declared that according to the 2001 American Religious Identification Survey (ARIS) "more than half of all atheists and agnostics don’t get married."(see also: Atheism and marriage).[17]

Atheists as a population filled with many quarrelsome, socially challenged individuals

See also: Atheist factions and Atheism and hatred of God and Atheist population

Jacques Rousseau wrote in the Daily Maverick: "Elevatorgate..has resulted in three weeks of infighting in the secular community. Some might observe that we indulge in these squabbles fairly frequently."[18] An ex-atheist wrote: "As an Atheist for 40 years, I noticed that there is not just a wide variety of Atheist positions, but there exists an actual battle between certain Atheist factions."[19]

Testimony of the atheist Brendan O'Neil

"These days, barely a week passes without the emergence of yet more evidence that atheists are the most irritating people on Earth." - atheist Brendan O'Neill, The Telegraph, How atheists became the most colossally smug and annoying people on the planet, August 14, 2013 [22]

See also: Atheists and physical attractiveness and Atheism and loneliness 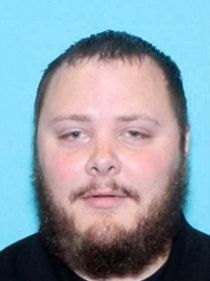 The atheist PZ Myers, quoting fellow leftist Alex Nichols, said that jibes associating outspoken atheists with neckbeards (among other things) caused many liberals/leftists to leave the atheist tent and those who remained for the most part lacked in social skills and self-awareness.[23] See also: Atheists and physical attractiveness

The English anthropologist Edward Dutton indicates that using right-wing politics as a proxy for religiosity, there is evidence that atheists are less attractive and he pointed out that right-wing politicians are more likely to have symmetrical faces according to a study.[24]

In 2011, only 2 of the Miss USA contestants thought evolution should be taught in schools.[26] Since World War II a majority of the most prominent and vocal defenders of the theory of evolution which employs methodological naturalism have been atheists or agnostics.[27]

Participation in the atheist community is often difficult

In an essay entitled How the Atheist Movement Failed Me, an atheist woman noted that participation in the atheist community is often expensive due to the cost of attending atheist conferences and even local atheist meetings in restaurants and bars challenged her modest budget.[29] As a result of the challenges that atheists commonly have in terms of socializing in person, many atheists turn to the internet in terms of communicating with other atheists.[30] Often internet communication between atheists turns acrimonious and contentious. PZ Myers declared, "...I don’t object to bestiality in a very limited set of specific conditions..."[31][32] See: Atheism and bestiality

The American atheist Richard Carrier wrote: "atheists know better than anyone else on the planet, if you say you don’t believe you often become a social outcast".[34]

The social ostracism of atheists in countries which are predominantly theists is often brought on by the atheists themselves through: inappropriate behavior (see: Militant atheism and Atheist bullying), their arrogance (see also: Atheism and arrogance), the angry and bitter demeanor of militant atheists (see: Militant atheism and anger) and their bizarre beliefs (see also: Irreligion and superstition) which they want to foist on others though public school systems.[35][36] Nevertheless, atheists often have a "victim complex" (see: Atheist whining).[35]

Performing well in sports is often used by people to gain social acceptance. The non-religious have a low degree of accomplishment in sports (see: Sports performance: Religious faith vs. atheism ).

Social media and social ostracism of atheists in religious societies

Buzzfeed reported about social media and the social ostracism of atheists in Bengladesh:

Karen Garst wrote in her book Women Beyond Belief: Discovering Life Without Religion: "...people stopped talking to me, and some even unfriended me on social media."[39]

See also: List of atheist shooters and serial killers and Atheism and psychopathy

Devin Patrick Kelley was the perpetrator of the Sutherland Springs, Texas shooting at First Baptist Church. He murdered 26 people in November of 2017.[40]

According the New York Post: "Texas church shooter Devin Kelley was a “creepy” atheist “outcast” who never fit in and berated religious believers on social media, according to former friends and classmates."[41] Nina Rose Nava, who attended school with Kelley, said: "[I]n complete shock! I legit just deleted him off my [Facebook] cause I couldn’t stand his post. He was always talking about how people who believe in God [were] stupid and trying to preach his atheism.”[42] The Daily Mail indicated that his classmates have described him as creepy, crazy and weird.[43]

YouTube atheist Cult of Dusty on the atheist community

On December 9, 2019, in a video about David Silverman, who is being accused of inappropriately touching several women (see: Atheist Alliance International's hiring of David Silverman), the YouTube atheist Cult of Dusty said the atheist community is "cringe" and he doesn't want to have anything to do with it anymore.[44]

Atheism may be also linked to unattractiveness because of its innate association with nihilism and reductionism. The typical view of an atheist is that life is just an accident caused by chemical reactions in a pool of primordial slime; and that the existence of badness in the world or in their own lives proves the non-existence of God. Some psychology shows that people tend to model their lives and behavior to coincide with their worldviews; therefore if the worldview of said atheists is inherently anti-social, it makes sense that their lifestyle and social behavior will match their inner thoughts and beliefs.