The atheist divorce rate is a steep 37%.[2] Additionally, 51% of atheists are likely to cohabit and 31% of atheists never actually get married.[2] Christian apologist Michael Caputo wrote:

Scientific research has demonstrated that active churchgoers are "35% less likely to divorce than those who have no religious preferences".[4]

Theodore Beale declared that according to the 2001 American Religious Identification Survey (ARIS) "more than half of all atheists and agnostics don’t get married."[5] See also: Atheism and marriage

As far as atheism and divorce, the social researcher and author Shaunti Feldhahn found that those who attend church regularly have a significantly lower divorce rate than those who don’t.[6][7] Feldhahn conducted eight years of research on divorce statistics and examined U.S. Census data, data from various university centers and relevant books/journals.[8] In addition, Feldhahn interviewed social science researchers about their methodology and to confirm various quotes.[9]

According to the University of Cambridge, historically, the "most notable spread of atheism was achieved through the success of the 1917 Russian Revolution, which brought the Marxist-Leninists to power."[11] See: Atheism and communism 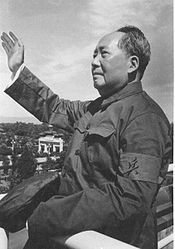 The article The Chinese Family Under Mao states regarding the atheist Mao Zedong and marriage:

Below is an article on modern China and divorce: Kim Jong-un is the communist dictator of North Korea.

North Korea practices state atheism and belief in God is actively discouraged.[18] It is a communist country. Open Doors, an organization based in the United States, has put North Korea at the very top of its list of countries where Christians face significant persecution - for 12 years in a row.[19]

Below are some articles on North Korea and divorce:

Vietnam is a communist country.

Officially, the Socialist Republic of Vietnam is an atheist state.[20]

Below are some articles on Vietnam and divorce: According to Brandeis University: The new atheist Richard Dawkins has been divorced three times and he is presently not married.

The new atheist Richard Dawkins has been divorced three times and is he currently not married.

See also: Atheism, polyamory and other immoral relationships and Atheism and marriage The atheist Richard Carrier divorced his wife and now practices polyamory.[25] Before divorcing his wife, he was involved in adulterous affairs[26]

Carrier advocates the crank notion that Jesus never existed and is merely a myth which is a baseless, extreme minority position among historians and contrary to abundant historical evidence pointing to Jesus being a historical figure (The Great Soviet Encyclopedia, a parcel of the propaganda of the atheistic, communist Soviet Union, is the only encyclopedia to ever advocate the Christ myth. See also: Historicity of Jesus).[28][29][30]