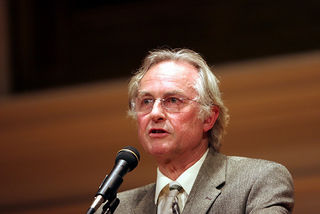 The Brights Movement was started in 2003 by Paul Geisert and Mynga Futrell in 2003 in order to assist in the advocacy of a naturalistic worldview.[1][2] The Brights Movement is an internet constituency rather than a movement. The Brights movement had a media campaign and was announced in Wired magazine (by evolutionary biologist Richard Dawkins), Free Inquiry (by Richard Dawkins), and on the New York Times op-ed page (by the philosopher and atheist Daniel Dennett).

Although the Brights Movement was not successful due to many people indicating the name of the campaign gave the impression of intellectual smugness, the publicly given rationale for the movement was that atheism needs a more bright/warm/cheerful/positive/inquisitive image.[3][4][5] See also: Atheism and inspiration.

The ABC News.com commentator John Allen Paulos remarked of the “brights” campaign, “I don’t think a degree in public relations is needed to expect that many people will construe the term as smug, ridiculous, and arrogant.”[6] The Brights Movement largely came about because the label "atheist" has such a bad reputation. The atheist Sam Harris has said concerning the label of atheist, "It's right next to child molester as a designation." (See also: Views on atheists and Atheism and social outcasts).[7]

According to a 2003 Skeptical Enquirer article by Christ Mooney, "From the start, the “brights” label label reinforced a longstanding stereotype. Atheists already have a terrible rap for being coldhearted rationalists who attend Mensa gatherings and dismiss religious believers as simple-minded fools."[8] In October of 2003 in a article in the Guardian Dawkins associated being a "bright" with being an intellectual.[9]

According to a 2004 Psychology Today article the Brights’ Web site launched in 2003 and signed on tens of thousands of Brights from more than 84 countries.[12] The Psychology Today article quotes a founder of the Brights Movement Paul Geisert as stating, "It’s too soon to tell if the movement will really catch on. We just have to empirically wait and see what happens.”[13]

Michael Shermer distances himself from the Brights Movement after endorsing it

Contrary to what the Brights Movement website claims, Michael Shermer is no longer an "enthusiastic Bright", as he stated in 2003: "However, when it became apparent to me that the vast majority of people most likely to fall under the "bright" rubric would not use the label, I became, well, skeptical that it would succeed. For the time being I continue calling myself a skeptic."[14] Shermer also wrote regarding the Brights movement the following: "The reaction was swift and merciless—almost no one, including and especially nonbelievers, agnostics, atheists, humanists, and free thinkers, liked the name, insisting that its elitist implications, along with the natural antonym “dim,” would doom us as a movement."[15] Hermant Mehta and his endorsement of the Brights Movement

The atheist Hemant Mehta is an author, popular atheist blogger, and atheist activist. He also served as a chair on the Secular Student Alliance board of directors. His blog is called The Friendly Atheist. Given the Brights Movement's reputation for smugness (see: Atheism and arrogance), his endorsement of the Brights Movement and his current listing as an "Enthusiastic Bright" on the Brights Movement website, could be seen as a matter of hypocrisy due to the attributes of "friendly" and "smug" being incompatible opposites (see also: Atheist hypocrisy).[16]

Unlike the skeptic Michael Shermer who had second thoughts after endorsing the Brights Movement, Hemant Mehta has never publicly denounced the Bright Movement for its smugness and remains listed on on its website as an "Enthusiastic Bright".[17][18]

The Brights Movement lost its momentum and then petered out

After the Brights Movement failed to attract a significant following subsequent to their initial launch period and then petered out as a movement, the popular YouTube video maker Shockofgod mocked the movement and the movement's weak website traffic with a video entitled Atheism's future not bright at all.[19] See also: Decline of global atheism and Desecularization The Brights Movement has not been immune from religious conservatives' criticism. Gary Demar the President of American Vision wrote:

Demar sees the Brights Movement as an attempt to soften the image of secular humanist post the banning of school prayer in 1962 in the United States and other subsequent initiatives and DeMar states the following:

Demar also offers the following criticism of the Brights Movement: