The new atheist Sam Harris said concerning the label of atheist, "It's right next to child molester as a designation."(see also: Views on atheists)[1][2]

Concerning distrust of atheists, sociological research indicates that atheists are widely distrusted in both religious cultures and nonreligious cultures.[3][4][5][6] According to a study published in the International Journal for The Psychology of Religion: "anti-atheist prejudice is not confined either to dominantly religious countries or to religious individuals, but rather appears to be a robust judgment about atheists."[5] The study found that many atheists do not trust other atheists as well.[5]

The new atheist Sam Harris said concerning the label of atheist, "It's right next to child molester as a designation."(see also: Views on atheists)[1][2]

Science journal article in Nature on distrusts of atheism in countries

UK study finds atheists widely distrusted - even among themselves

See also: Views on atheists and Atheism and deception

In 2015, the Christian Post reported in a story entitled Atheists Widely Distrusted, Even Among Themselves, UK Study Finds:

The Independent reports about the participants of the study:

Theodore Beale says about atheists not trusting other atheists: "The reason most atheists trust fellow atheists less than anyone else is because they recognize their own lack of integrity and morality."[9]

According the American atheist author Kevin Davis, atheism has an "unshakeable stigma".[12]

2011 poll: Americans and Canadians distrust atheists as much as rapists 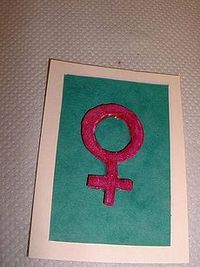 Studies and web traffic data appear to indicate that women in the Western World tend to be more religious than men.[13] See: Atheism and women

Barna Group study on behavior of atheists vs. evangelical Christians

The Barna Group found that atheists and agnostics in America were more likely, than theists in America, to look upon the following behaviors as morally acceptable: illegal drug use; excessive drinking; sexual relationships outside of marriage; abortion; cohabitating with someone of opposite sex outside of marriage; obscene language; gambling; pornography and obscene sexual behavior; and engaging in homosexuality/bisexuality.[16]

Given the many diseases associated with homosexuality, the biblical prohibition against homosexuality is quite arguably one of the many examples where the Bible exhibited knowledge that was ahead of its time. See also: Atheism and sexual immorality

The abstract for the 2016 journal article entitled Atheism and how it is perceived: Manipulation of, bias against and ways to reduce the bias which was published in the journal Nordic Psychology indicates: "...atheists are distrusted, elicit disgust and are viewed as immoral both explicitly and implicitly".[17] Not possessing a religious basis for morality, which can provide a basis for objective morality, atheists are fundamentally incapable of having a coherent system of morality.[18]

For example, atheists have been the biggest mass murderers in history (see: Atheism and mass murder). Dr. R. J. Rummel's mid estimate regarding the loss of life due to atheistic communism is that communism caused the death of approximately 110,286,000 people between 1917 and 1987.[19]