Denmark is the third most atheistic country in the world and the website adherents.com reports that 43 - 80% of Danes are agnostics/atheists/non-believers in God.[1]

In 2009, Suzanne Ost reported in her book published by Cambridge University Press, that the child pornography material produced in Denmark (and Holland) still constituted the largest part of child pornography that was currently available, having been transferred into digital format and uploaded onto the internet.[2] See: Atheism and child pornography

The Barna Group found that atheists and agnostics in America were more likely, than theists in America, to look upon the following behaviors as morally acceptable: illegal drug use; excessive drinking; sexual relationships outside of marriage; abortion; cohabitating with someone of opposite sex outside of marriage; obscene language; gambling; pornography and obscene sexual behavior; and engaging in homosexuality/bisexuality.[4]

Given the many diseases associated with homosexuality, the biblical prohibition against homosexuality is quite arguably one of the many examples where the Bible exhibited knowledge that was ahead of its time. 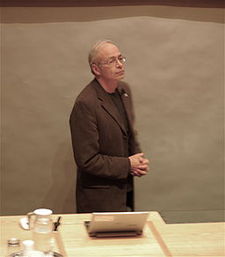 Despite holding these immoral views, Princeton University rewarded him with a bioethics chair.[5] See: Atheism and bestiality