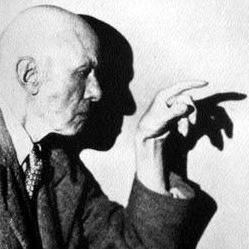 The occultist Aleister Crowley was a bisexual and was dubbed in his lifetime "the most wicked man on earth". Aleister Crowley stated: "I was not content to believe in a personal devil and serve him, in the ordinary sense of the word. I wanted to get hold of him personally and become his chief of staff."[1]

Bisexual refers to a person with both heterosexual and homosexual desires. Bisexuality is in direct conflict with biblical teachings.

A 2003 poll done by Ellison Research of Phoenix, Arizona stated that 82% of all American Protestant ministers agreed with the statement “homosexuality is a choice people make".[3]

However, the Catholic Catechism states regarding the issue of homosexuality and choice:

"The number of men and women who have deep-seated homosexual tendencies is not negligible. They do not choose their homosexual condition; for most of them it is a trial. They must be accepted with respect, compassion, and sensitivity. Every sign of unjust discrimination in their regard should be avoided. The persons are called to fulfill God's will in their lives and, if they are Christians, to unite to the sacrifice of the Lord's cross the difficulties they may encounter from their condition" (CCC 2358).

While they may not choose their desires, homosexuals do have the ability to choose whether they act on those desires, just as an alcoholic has the choice of whether to act on his desire to get drunk and just as a heterosexual has the choice of acting on his desires. For this reason, the Catechism states, "Basing itself on Sacred Scripture, which presents homosexual acts as acts of grave depravity, traditions has always declared that homosexual acts are intrinsically disordered. They are contrary to natural law ... Under no circumstances can they be approved ... Homosexual persons are called to chastity. By the virtues of self-mastery that teach them inner freedom, at times by the support of disinterested friendship, by prayer and sacramental grace, they can and should gradually and resolutely approach Christian perfection" (CCC 2357, 2359).[4]

Dr. Alfred Kinsey developed a scale that ranks sexual desires from 0-6, describing those desires that are neither exclusively hetero- or homosexual as "ambisexual" or bisexual. Kinsey proposed that most people are neither exclusively heterosexual or homosexual, but rather fall into the more gray areas at either end of the scale. For example, having a ranking of one would indicate that you are predominately heterosexual, but incidentally homosexual. [5]

According to Michael Fumento, German anthropologist Kurt Falk reported in the 1920s that bisexuality was almost universal among the male populations of African tribes he studied. [1]