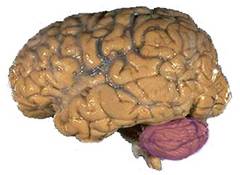 If philosophical naturalism were true, then we ought not to trust our capacity for reason for the human brain would be a byproduct of blind/unintelligent natural forces. [1] See: Atheism and reason

Naturalism as a philosophical stance rejects the possibility of supernatural phenomena, describing such phenomena as misunderstood natural phenomena or falsehood. This notion, in sense, competes with the notion of the existence of God, but some resort to Deism and can contemplate the duality. See also: Philosophical naturalism

Science typically affects methodological naturalism, the idea that only those influences that can be measured and quantified, can be considered as part of an experiment. This philosophy is essentially agnostic, but is adapted by scientists of all religions for the purpose of their work. Creation scientists reject methodological naturalism, holding that its inherent materialism rejects God's existence and thus any possibility of a relationship with Him.

Philosophical naturalism is the concept that human beings have no soul or spiritual body, that there is no afterlife or heaven or hell, and that all supernatural phenomena, causes or beings are merely figments of human imagination.

If philosophical naturalism we true, then we ought not to trust our capacity for reason for the human brain would be a byproduct of blind/unintelligent natural forces. [3] Therefore, believing in naturalism is self-defeating (see: Atheism and reason).

Although all atheists indicate that they do not believe in the existence of God, a significant portion of atheists do not strictly subscribe to the philosophy of naturalism (see: Atheism and the supernatural).

Below is a video series by the Christian apologist J.P. Moreland.

4 part series by Dr. J.P. Moreland on the philosophy of scientific naturalism