Herbert Spencer was a proponent of Social Darwinism.

Social Darwinism is a belief, popular in the late Victorian era in England, America, and elsewhere, which states that the strongest or fittest should survive and flourish in society, while the weak and unfit should be allowed to die. The theory was chiefly expounded by Herbert Spencer, whose ethical philosophies always held an elitist view and received a boost from the application of Darwinian ideas such as adaptation and natural selection.[1] Its leading proponents opine atheism.[2][3][4]

Beginning in 1887, social scientists were using the term "social Darwinism" to apply the survival of the fittest theory to social situations. Under this theory, the wealthiest or most powerful in society must be biologically superior, and less "fit" persons should die.

Proponents of this particular form of ‘social Darwinism’, such as Herbert Spencer, taught that the powerful and wealthy were this way because they were biologically and evolutionally superior to the struggling masses. They believed that we should therefore do nothing to help improve the working and living conditions of the lesser evolved masses. Charities were clearly evil in helping sustain the lives of those who otherwise would and should die in the natural selection process. In other words, the weak were to do their duty and die while the fittest survived, which would one day lead to an evolutionarily super society and race. [2]

Soon many began to view racial struggles, and war itself, as a perfectly natural example of survival-of-the-fittest in the human race. The horrific wars of the 20th century, employing shockingly brutal tactics, were encouraged by a belief in survival-of-the-fittest among humans. While social Darwinism itself was applied to social and economic situations rather than military ones, it is easy how extreme versions of social Darwinism could justify physical struggles among races.

Social Darwinism has been linked with racism, nationalism, imperialism, and atheism.[2][3][4][5][6] To elitists, strong nations were composed of white people who successful at expanding their empires, and as such, these strong nations would survive in the struggle for dominance.[5] With this attitude, Europeans, except for Christian missionaries, seldom adopted the customs and lanugages of local people under their empires.[5] Christian missionaries, on the other hand, were the very first individuals to meet new peoples and develop writing systems for local inhabitants' languages that lacked one.[5] Being critics of Darwinism, they ardently opposed slavery and provided an education and religious instruction to the new peoples they interacted with since they felt that this was their duty as Christians.[5] This view called "social Darwinism" is a logical extension of Darwinian evolutionary theory and was articulated by Charles Darwin himself. 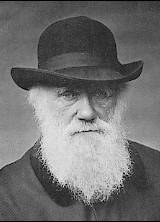 Most of Social Darwinism’s appeal left it in the early part of the 20th century. There were a number of reasons for this including:

Finally an improved understanding of ethology removed the basis of this “dog-eat-dog” philosophy.

Consequently, with the fall of the fascist states Social Darwinism entered a period of disrepute and few societies, if any, now embrace its ideas that the weak should be disregarded; that there are "superior" and "inferior" races; or that war is an appropriate way to show a country's "virility".

American Liberals and Recent Behavior in Accordance with Social Darwinism

Liberals are more likely to believe in evolution.[8] Arthur C. Brooks, a professor at Syracuse University, published "Who Really Cares: The Surprising Truth About Compassionate Conservatism."[9] Professor Brooks found that American liberals are significantly less charitable than American conservatives despite earning more.[10] American Conservatives also donate more time and donate more blood than American liberals.[11] The results are not entirely surprising given that liberals are more likely to believe in evolution and that Darwinists historically have often displayed behavior in accordance with Social Darwinism.