Autism is a type of pervasive developmental disorder. It is characterized by difficulties with social interaction; difficulties with verbal communication, especially pragmatic language; difficulty processing nonverbal communication such as facial expression; intense, narrow interests; difficulty adjusting to changes in routine; and repetitive behaviors. Other signs include lack of eye contact, delayed or unusual play skills, hypo- or hyper-sensitivity to sensory stimuli, and anxiety.[1] It is usually detected by the time a child is four years old but in some cases, autism goes unnoticed into adulthood. There are many intelligent and talented autistic individuals.[2] The term autism was first used in 1912.

Diagnoses of autism has increased from 1:10,000 in 1988 to as high as 1 in 150 people,[3] and it has been rising. Four times as many boys suffer from autism as girls.[4] Among boys, 1 in 94 has the disorder. In New Jersey, which has the highest rate in the nation, 1 in every 60 boys has autism and 1 in every 94 children is affected. There is a seizure disorder in about one-third of those who have autism.[4]

Autism is said to exist on a "spectrum;" that is, there is a wide range of how this disorder affects people. Other pervasive developmental disorders on the "autism spectrum" include Asperger's syndrome, Pervasive Developmental Disorder - Not Otherwise Specified (PDD-NOS), Childhood Disintegrative Disorder, and Rett's Syndrome. There are many degrees of functioning in individuals with autism. Because of this, all individuals diagnosed with autism will not exhibit the same characteristics, or exhibit them to the same degree.

Autism was first identified clinically in 1943 by Dr. Leo Kanner. Dr. Hans Asperger also did some research into autism at about the same time and discovered Asperger's syndrome. As early as the 1990s, many intervention strategies, including Applied Behavioral Analysis (ABA therapy), were used to treat autism or mitigate its symptoms.

How does autism develop?

In the United States, reports of autism cases per 1,000 children grew dramatically from 1996 to 2007. It is unknown how much, if any, of that growth came from changes in autism's actual prevalence.[5]

In 2011, Jonathan Rabinovitz published in Scope, a publication of Stanford Medicine: "Autism has sometimes been described as a disease of industrialized high-technology societies."[6] For example, evidence suggest that environmental toxins are a causal factor of autism.[7] See also: Causes of Autism - Mayo Clinic.

In 2013, the Washington Times said about the causes of autism: "The causes of autism are not understood, and recent studies have found associations between childhood autism and multiple births, preterm births, low birthweights, maternal obesity, having a full sibling with autism and having older parents."[8]

Although there have been no formal epidemiological studies, the evidence suggests that autism is rare in the economically developing continent of Africa and mainly exists within elite families.[6][9] In addition, the traditional African diet is healthier than many Western World invividuals' diets and Africa has some of the lowest obesity rates in the world.[10] Furthermore, Africa is a religious continent with high birth rates.

Low rate of autism among the Amish

The American Amish have a low autism rate which may be due to their healthy and simple lifestyle, their genetic makeup or both.[11] Due to their high levels of physical activity, the Amish have low rates of obesity.[12]

David N. Brown indicated: "In March 2006, Drs. Kevin Strauss, Holmes Morton and others documented 9 autistic Amish children, which could raise the autism rate of the Lancaster Amish community Olmsted supposedly investigated to almost 1/5,000 which is still a fraction of the US average of 1/68."[13][14][15]

The Autism Society says, "Researchers are investigating problems during pregnancy or delivery as well as environmental factors, such as viral infections, metabolic imbalances, and exposure to environmental chemicals." [1]

There are claims that environmental toxins increase the risk of autism, just as they increase the risk of cancer. New Jersey has the highest rate of cancer in the nation, presumably due to a heavy concentration of environmental toxins, and it also has the highest rate of autism. Autistic patients are observed to have higher levels of metals and other toxins.

Some experts suspect that there is a genetic susceptibility to autism.[17][18][19][20][21] The genetics of this condition are not fully understood; perhaps caused by complex interactions between multiple genes which would account for the "spectrum" like differences in the severity of many cases [22][23]

Simon Baron-Cohen, director of the Autism Research Centre at the University of Cambridge (U.K.) says that males and females are hardwired for different behavior, with boys tending to be stronger at mechanics, categorizing and systemizing information, mathematics, etc. and girls stronger at emotionalizing and empathizing. He has proposed that autism is merely an extreme version of the male brain type, in which the (female) urge to empathize is nearly absent and the brain is almost entirely hardwired for the (male) tasks of systemizing.[24]

Leo Kanner in a 1949 paper identified "parental coldness" and a "lack of maternal warmth" in the parents of autistic children, leading to the term refrigerator mother. The theory here is autism is caused by incomplete socialization during early childhood because of emotionally cold parents. The book Toxic Psychiatry by Peter Briggin notes that the frigid mother theory of autism was abandoned in recent years due to pressure groups.[25]

Lenny Schafer, editor of the Schafer Autism Report, rejects outright the current characterization of mild social retardation (such as "Asperger's syndrome") as forms of autism. He notes that autism is a disability, and if a person is not disabled from participation in society by their condition, in such areas as being able to hold a job or communicate, including communication over the Internet, they are not autistic and should not be diagnosed as such. He accordingly rejects that there can be such a thing as autistic self-advocacy, as anyone who is truly autistic would not have that ability.[26] This view is highly controversial in the field, and has led to the development of the "autistic spectrum" to better characterize and diagnose autism and autism-like disorders.

Wired magazine has referred to autism as a "geek syndrome", or essentially as a form of identity-politics-for-computer-nerds.[27] Those favoring this interpretation of autism have coined new terminology, including "neurodiversity" for a population with and without autistic individuals, and using the term "neurotypical" for those without autism. 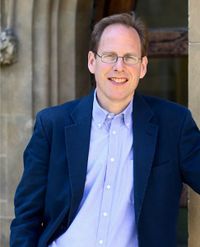 The autism-spectrum quotient is a questionnaire published by Simon Baron-Cohen and his coworkers at the Autism Research Centre in Cambridge, UK. The questionnaire consists of fifty questions and aims to determine whether adults of average intelligence have symptoms of autism or one of the other autism spectrum conditions.[28]

According to the DSM-IV, autism is characterized by the following:

1. A significant impairment is social interactions.

a. Delay or lack of age-appropriate verbal communication.
b. If speech development is age-appropriate, an impaired ability to initiate or sustain conversation.
c. Repetitive or idiosyncratic speech patterns.
d. Absence of, or significantly reduced engagement in, age-appropriate social play.

a. Abnormal preoccupation with a limited interest or interests.
b. Abnormal adherence to behavioral routines and rituals.
c. Repetitive mannerisms or movements.

4. Bedwetting is particularly prevalent in children who have autism spectrum.[29]

As with many other children with special needs, homeschooling autistic children can provide a special environment which allows them to flourish.

A large body of assistance is available for parents who wish to homeschool their autistic children, including here on Conservapedia.

In 2011, the University of Boston published a study on the correlation between atheism and high-functioning/mild autism.[33][34]

Autism and vaccinations: is there a link?

On April 29, 2019, in a speech on the floor of the Louisiana State Senate, John Milkovich, a strongly pro-life Democrat from Shreveport, flatly declared that vaccinations are linked to autism. In his remarks, Milkovich recalled that “autism did not exist” when he was growing up in Montana: "Did you know tissue from aborted babies is now used in vaccines. Did you know that vaccines use aluminum, which is shown to be a neurotoxin? Did you know vaccines in America [are] preserved often with mercury, which is beyond neurotoxic?”[36] Dr. Joe Kanter, the assistant state health officer, disputed Milkovich's claim as "a myth." Kanter said that the issue of autism and vaccination has been “incredibly well studied”, and no correlation has been found.[36]