New Jersey is one of the thirteen original colonies that formed the United States. It was the third state to enter into the Union. Its population has the highest overall density of any State, featuring 566 municipalities.[1]

New Jersey is nicknamed "the Garden State," although a patch oil refineries along the New Jersey Turnpike is what many travelers remember most. New Jersey has 127 miles of coastline, including resort areas such as Atlantic City, Asbury Park, and Cape May, some with beautiful and historic Victorian architecture. Its capital city is Trenton.

Politically, New Jersey once benefited from conservative leadership, but RINOs and liberals took over beginning in the 1960s and have driven it into decline since. High union membership, a very liberal primary newspaper (the Newark Star-Ledger), government-promoted abortion, and a small evangelical population result in a lack of conservative politicians. However, New Jersey remains one of the small number of states having completely unregulated homeschooling. New Jersey also has the lowest divorce rate in the nation.

New Jersey is home to two famous old universities: Princeton and Rutgers. They are both colonial colleges, the nine colleges chartered in the colonies before the American Revolution. Princeton traditionally claims 1740 as its year of founding, making it the fourth oldest university in the United States; Rutgers, founded in 1766, is the eighth oldest. Princeton is a member of the Ivy League. There are numerous other colleges and universities in the state.

Same-sex marriage was legalized in New Jersey by a Superior Court decision on September 27, 2013.[2]

The state Constitution of New Jersey, like all of the other 50 states, acknowledges God or our Creator or the Sovereign Ruler of the Universe. It says:

We, the people of the State of New Jersey, grateful to Almighty God for the civil and religious liberty which He hath so long permitted us to enjoy, and looking to Him for a blessing upon our endeavors to secure and transmit the same unimpaired to succeeding generations, do ordain and establish this Constitution. 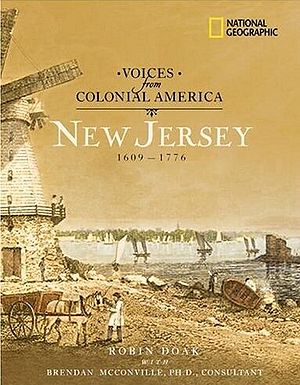 Conservapedia was founded in New Jersey on November 22, 2006. It was started by a class of 56 homeschooled children, ranging from 11 years old to 18, as a project for homework.

New Jersey is a mostly liberal state. It has consistently favored Democrats in presidential elections since 1992. It was last won by a Republican presidential candidate in 1988 when it favored George Herbert Walker Bush. For eight years before January 16, 2018, the state had a Republican governor, Chris Christie; the last Republican governor before him was Christine Todd Whitman, who left the office to serve as head of the U.S. Environmental Protection Agency under President George W. Bush.