The fallacy of exclusion is a logical fallacy where "Important evidence which would undermine an inductive argument is excluded from consideration. The requirement that all relevant information be included is called the 'principle of total evidence'.".[2] Atheists avoiding and ignoring the many legitimate arguments against atheism and for theism are engaging in fallacious reasoning (see also: Rebuttals to atheist arguments). The atheist Stephen Hawking supported the multiverse hypothesis despite the fact that the universe exhibits a significant amount of fine-tuning.[4] See also: Anthropic principle

Inductive reasoning does not lead to atheism as there is no proof and evidence that God does not exist (see also: Attempts to dilute the definition of atheism). On the other hand, even in atheistic Japan, researchers found that Japanese children see the world as designed.[5]

The physicist Stephen Barr points out, “How ironic that, having renounced belief in God because God is not material or observable by sense or instrument, the atheist may be driven to postulate not one but an infinitude of unobservables in the material world itself.” See also: Multiverse and Dark matter and Dark energy

Although many atheists deny that atheism is a worldview, atheists commonly share a number of beliefs such as naturalism, belief in evolution and abiogenesis.[6] Since World War II a majority of the most prominent and vocal defenders of the evolutionary position which employs methodological naturalism have been atheists and agnostics.[7]

In 2012, the science news website Livescience.com published an article entitled Belief in Evolution Boils Down to a Gut Feeling which indicated that research suggests that gut feelings trumps facts when it comes to evolutionists believing in evolution.[8]

In response to evolutionary indoctrination and the uncritical acceptance of evolution by many evolutionists, the scientists at the organization Creation Ministries International created a Question evolution! campaign which poses 15 questions for evolutionists. In addition, leading creationist organizations have created lists of poor arguments that evolutionists should not use.[9] Evolutionists and atheists inconsistency concerning debating creationists was commented on by the Christian apologetic website True Free Thinker which declared: "Interestingly enough, having noted that since some atheists refuse to debate “creationists” but then go on to debate some of those people but not others, it is clear that they are, in reality, being selective and making excuses for absconding from difficulties..."[10] In an article entitled Are Kansas Evolutionists Afraid of a Fair Debate? the Discovery Institute states the following:

For more information, see: Other attributes of the atheist worldview 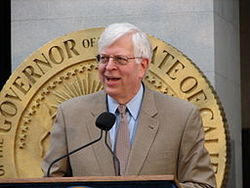 The columnist Dennis Prager wrote that a causal factor of atheism is the "secular indoctrination of a generation."[13] Prager stated that "From elementary school through graduate school, only one way of looking at the world – the secular – is presented. The typical individual in the Western world receives as secular an indoctrination as the typical European received a religious one in the Middle Ages."[13]

A common and legitimate criticism of the atheist worldview is that atheism is irrational (See: Atheism and irrationality and Atheism and logic).[14]

Scientism is the belief that the scientific method has no (or few) limits and can successfully be applied to almost all aspects of life, and provides an explanation for everything.

Strict scientism as a worldview is self-refuting since scientism cannot be proven to be true through science.[18] For other significant problems with scientism as far as its unworkability, please see William Lane Craig's commentary on scientism entitled Is scientism self-refuting.

According to Discovery Institute scientism is an effort to use the methods of science to explain and control every part of human life, in other words, the misguided effort to apply science to areas outside its proper bounds.[19] C.S. Lewis was sceptical and highly critical of scientism as an ideology which in his view was confused with science and which tried to reduce everything that we can learn scientifically to materialistic blind undirected causes.[20] He argued that scientism has the dehumanizing impact on ethics, politics, faith, reason, and science itself.[19]

Atheistic response to contemporary material in the philosophy of religion

The Oxford University Professor Daniel Came wrote to the New Atheist Richard Dawkins:: "The absence of a debate with the foremost apologist for Christian theism is a glaring omission on your CV and is of course apt to be interpreted as cowardice on your part."[21]

Ideologues who engage in uncritical thinking often are unaware of opposing arguments and actively avoid intellectually engaging with their opponents arguments.

In 1990, the atheist philosopher Michael Martin indicated there was a general absence of an atheistic response to contemporary work in the philosophy of religion and in jest he indicated that it was his "cross to bear" to respond to theistic arguments.[22] Yet, in 1994, Michael Martin was criticized for his eleventh hour cancellation of his debate with Greg Bahnsen (see: Greg Bahnsen and debate and Bahnson-Martin debate press release).[23][24]

Generally speaking, atheists are often unprepared to address their opponents arguments and do poorly in debates (see: Atheism and debate). In addition, there have been notable cases of prominent atheists dodging debate offers (see: Atheism and cowardice).

At the atheist blog Common Sense Atheism, the atheist Luke Muehlhauser said of the William Laen Craig vs. Doug Jesseph debate: "A very typical debate in which Craig’s opponent is not prepared for Craig’s skill, speed, or organization, and things just get worse for Jesseph as things go along and he falls further and further behind."[25]

Thinking, especially critical thinking, requires mental effort and many atheistic cultures have are experiencing decline related to sloth (See: Atheism and sloth). Other times unpreparedness in intellectual matters is due to fear and avoidance and its attendant procrastination (see: Atheism and cowardice and Atheism and emotional intelligence).

Atheism, postmodernism and a lack of critical thinking

Postmodernism is an antichristian,[26] far-left, 20th century worldview and academic movement characterized by denial of objective truth, and which asserts that assertions of objective knowledge are essentially impossible.

The Christian apologist Norman Geisler wrote about postmodernism: "In short, the root of Post-modernism is atheism and the fruit of it is relativism — relativism in every area of life and thought."[27] Furthermore, Jeff Myers and David A. Noebel note in their book Understanding the Times: A Survey of Competing Worldviews that "The British Broadcasting Corporation actually lists postmodernism as a subset of atheism."[28]

The Christian educational website Beyond Teachable Moments indicates about the secular educational system:

Jacques Derrida, self-identification as an atheist and the law of noncontradiction

The prominent postmodernist Jacques Derrida famously said he "I quite rightly pass for an atheist".[35][36]

The Routledge Handbook of Contemporary Philosophy of Religion commenting on this matter of Derrida being an atheist or non-atheist declared: Aristotle said about the law of noncontradiction: "The most certain opinion of all" was "that opposed statements cannot be at the same time true."[37]

The law of noncontradiction is a rule of logic, it means that if something is true, its opposite is false, an example of this is if a red car is parked outside a building, it is not true that at the same time and in the same sense, a red car is not parked outside the building. Aristotle stated it in this way, that "The most certain opinion of all" was "that opposed statements cannot be at the same time true." [37] Joseph Stalin, the Premier of the Soviet Union from 6 May 1941 to 5 March 1953, patronised the League of Militant Atheists, whose chief aim, under the leadership of Yemelyan Yaroslavsky, was to propagate militant atheism and eradicate religion.

Uncritical thinking is often a result of arrogance, self-centeredness, self-deception and poor character development. Self-satisfied know-it-alls frequently do poor research and engage in sloppy reasoning. In short, pride comes before the fall.

One of the common and well-founded charges against atheists is their arrogance and presumptuousness (see: Atheism and arrogance).[38]

BBC documentary: The Trouble with Atheism

In his BBC documentary The Trouble with Atheism the award-winning journalist Rod Liddle indicates:

In a 2018 YouTube video entitled David Silverman Ousted as President of American Atheists, the atheist YouTube channel Utah Outcasts said in a video about David Silverman and atheist organizations: "Many other people were also like maybe he was embezzling funds because we know people in atheist activist communities where that kind of sh*t happens. Yes, it was kind of common."[40]

The psalmist David declared: "The fool has said in his heart, 'There is no God.' They are corrupt, they have done abominable works, there is none that doeth good." — Psalms 14:1 (KJV)

The biblical fool is said to be lacking in sound judgment and the biblical fool is also associated with poor character development. For example, book of Proverbs declares: "A wise man is cautious and turns away from evil, But a fool is arrogant and careless. A quick-tempered man acts foolishly, And a man of evil devices is hated. The naive inherit foolishness, But the sensible are crowned with knowledge." (Proverbs 14:16-18 (NASB)).

Atheism and the 20th century

According to the University of Cambridge, historically, the "most notable spread of atheism was achieved through the success of the 1917 Russian Revolution, which brought the Marxist-Leninists to power."[42]

Recommend reading relating to atheism and the 20th century