Arguments for the existence of God

Arguments for the existence of God involve carefully crafted reasoning to demonstrate the undeniable truth that God exists. See also: List of proofs of God

The argument from beauty is a teleological argument.

Also known as proofs for God's existence, these arguments have not always come with full acceptance. Those opposed to natural theology claim that God's existence cannot be proven by human reason or the natural world, and that any attempt to do so runs the risk of becoming a God of the Gaps argument. However, Oxford scholar Roger Penrose states that materialism is now the faith of the gaps (see: Atheism of the gaps).[2]

Viewpoints vary, but responses tend to conclude that God can only be known by supernatural revelation or Scripture alone. Karl Barth is a classic example of this as he believed that God is exclusively revealed in Jesus Christ, and Jesus is only revealed in the Bible. Proponents of natural theology vary as well, but most conclude that the existence of God can be known through human reason although it is not salvific (not a saving knowledge of God). Thomas Aquinas is characteristic of this view, holding to the understanding that the created world reflects aspects of its creator that are apparent to all. Nonetheless, arguments for the existence of God have been formed throughout church history and continue to be used today, namely in the area of Christian apologetics.

These arguments do not generally tell us much about God, and certainly not the details that is revealed in the Bible. Rather, they argue for the basics, such that God[3] exists, although some characteristics of God can be deduced from the nature of His creation.

See also: Atheism and the origin of the universe and Cosmological argument

The form of the argument is:

Note that the key phrase here is "begins to exist". The question is not "whatever exists".

The atheistic counter argument has traditionally been to point 2, taking the position that the universe has always existed. It should also be noted that the Kalam cosmological argument removes one of the knee jerk reactions to any discussion on creation involving God which is "Then who created God?" Since God has no beginning, the question becomes meaningless. The Bible makes clear that God exists outside of our construct of time in many locations, including 1 Corinthians 2:7, 2 Timothy 1:9, and Titus 1:2. 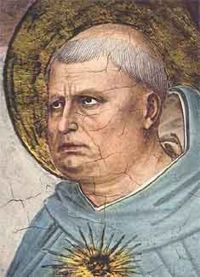 St. Thomas Aquinas took the position that faith and reason are compatible.

Conclusion: There must be a first cause in the sequence of contingent causes

The argument comes from a German polymath, Gottfriend Wilhelm Leibniz. Leibniz wrote, "The first question which should rightly be asked is this: why is there something rather than nothing?"

The argument runs as follows:

Some atheists object to premise 2 in that God does not have to be the explanation, but that the universe can be what is called a necessary being (one which exists of its own nature and have no external cause). This was a suggestion of David Hume who demanded, "Why may not the material universe be the necessarily existent being?" (Dialogues Concerning Natural Religion, part 9). The Kalam Cosmological Argument is helpful. If Hume (and other atheists) is right in saying that the universe is a necessary being/thing, then this implies that the universe is eternal. This is exactly what the Kalam argument seeks to disprove. Thus, the Kalam is a valuable supplement to the Leibnizian argument.

William Paley was an advocate of the teleological argument.

One of the most famous statements about the teleological argument using the watchmaker analogy was given by William Paley in his 1802 book Natural Theology or Evidences of the Existence and Attributes of the Deity.[4]

Probably the most popular argument for God's existence is the teleological argument. Derived from the Greek word telos, which refers to purpose or end, this argument hinges on the idea that the world gives evidence of being designed, and concludes that a divine designer must be posited to account for the orderly world we encounter. Although the teleological argument dates at least as far back as Plato, it is perhaps most memorable today from the work of William Paley (1743-1805), in his Natural Theology (1802). Recently, the teleological argument has gained renewed interest as a core element of the theory of Intelligent Design and the related efforts to reconcile science and faith. This was predicted by Kelvin who pointed out that in the 19th century the argument of design has been greatly too much lost sight of in contemporary zoological speculations and that reaction against frivolities of teleology by 'learned Commentators' on Paley's "Natural Theology" should have had only a temporary effect in turning attention from "the solid and irrefragable argument so well put forward in that excellent old book".[5]

Although there are variations, the basic argument goes something like this:

Often, X is life, but there are other values for which the argument works. For example, scientists have found that if the universal constants (such as the speed of light or the Planck constant) were only a tiny bit different life could not exist.

Research and historical data indicate that a significant portion of atheists/agnostics often see the their lives and the world as being the product of purposeful design (see: Atheism and purpose).[6]

Comments on the teleological argument

The first and second premises assume that one can infer the existence of intelligent design merely by examining an object. This is the same principle that archaeology uses to determine if, for example, a piece of stone is a stone tool.

The teleological argument assumes that because life is complex, it must have been designed. This is based on observations that complexity is not the outcome of random processes. Some object that life or objects are described as, “orderly” or “ordered”, and that this implies that an intelligent designer has ordered them. These objector claim that a system can be non-random or ordered simply because it is following impersonal physical processes, for example diamonds or snowflakes. However, such "ordered" systems do not have complexity, which life has.

The third premise is rejected by some even if the first and second premises are accepted, as the implied designer (Y) might be an unknown force or mere demiurge, not God as God is commonly understood. It is argued in defense that the outside force through which Y came into being might then be explained as a more powerful being resulting in either an omnipotent being or infinite regression.

Critics often argue that the teleological argument would apply to the designer, arguing any designer must be at least as complex and purposeful as the designed object. This, they say, would create the absurdity of an infinite series of designers. However, the counter-argument of an "undesigned designer," akin to Aristotle's uncaused causer, is common. Furthermore, it has been argued that God is not complex, that is, He is not composed of many interrelated parts, so the complexity argument does not apply. However, such a response would refute itself, for how could something simple create something complex, intelligently?

The anthropological (anthropos meaning "man") argument is made on the basis of the condition of humanity, of mankind's basic moral standards and the thread a search for a higher being. It is related to the cosmological and teleological arguments in that it if man has a yearning for God and a conscience when offending him, ostensibly these have their origin and cause in God and not in man. The argument was perhaps most famously posited by Blaise Pascal, who reasoned that it was better "bet" to believe in God than not to do so. Anselm of Canterbury was the originator of the ontological argument

The ontological argument attempts to prove God's existence through abstract reasoning alone. The argument is entirely a priori, i.e. it involves no empirical evidence at all. Rather, the argument begins with an explication of the concept of God, and seeks to demonstrate that God exists on the basis of that concept alone.

The ontological argument was first formulated by Anselm of Canterbury (1033-1109), one of the great medieval philosopher-theologians, in his Proslogium, Chapter 2. Anselm's ontological argument rests on the identification of God as “that than which no greater can be conceived”. Once it is understood that God is that of which no greater can be conceived, Anselm suggests, it becomes evident that God must exist.

A problem with this argument is that it merely defines God into existence. It is unclear if the concept of being able to conceive of a perfect being has any connection to actual existence. Without being able to make this connection, the merit of the argument can become questionable.

See also: Atheism and free will

Oxygen and hydrogen don't 'choose' to combine, they do so due to natural laws. In a naturalistic system every component that makes us up obeys similar natural laws. The concept of freewill or choice would therefore not exist.

Some challenge this argument on the basis that premises one and two have not been proven. They argue:

Professor John Piippo on the argument from consciousness:

For a more detailed treatment, see Argument from beauty.