A sociopath is "a person with a psychopathic personality whose behavior is antisocial, often criminal, and who lacks a sense of moral responsibility or social conscience."[1]

Below is some material relating to atheism and sociopathy.

According to the University of Cambridge, historically, the "most notable spread of atheism was achieved through the success of the 1917 Russian Revolution, which brought the Marxist-Leninists to power."[2]

In a Washington Post article entitled Lessons from a century of communism Ilya Somin wrote:

Beale also wrote: "I believe that a small minority of atheists are rational sociopaths - unfortunately, these are the ones who seem to have the will to power."[6] 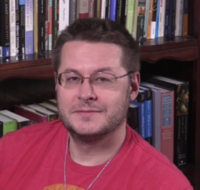 Joe Carter at the Gospel Coalition wrote about the ex-atheist David Wood who is currently a Christian apologist:

In a Times of India article entitled Why are sociopaths on the rise?, Vinita Dawra Nangia wrote:

See: Atheist population and immorality and Atheism and moral depravity

Social science research indicates that antitheists score the highest among atheists when it comes to personality traits such as narcissism, dogmatism, and anger.[12][13] Furthermore, they scored lowest when it comes to agreeableness and positive relations with others.[14]

See: Atheism and its anti-civilizational effects

According to an international study done by William Bainbridge, atheism is frequent among people whose interpersonal social obligations are weak and is also linked to lower fertility rates in advanced industrial nations (See also: Atheism and fertility rates).[15]

Jacques Rousseau wrote in the Daily Maverick: "Elevatorgate..has resulted in three weeks of infighting in the secular community. Some might observe that we indulge in these squabbles fairly frequently."[16]