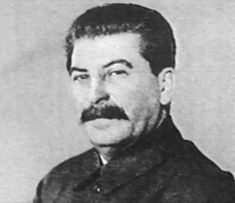 Joseph Stalin, the Premier of the Soviet Union from 6 May 1941 to 5 March 1953, patronised the League of Militant Atheists, whose chief aim, under the leadership of Yemelyan Yaroslavsky, was to propagate militant atheism and eradicate religion.[1][2]

Social science research indicates that antitheists score the highest among atheists when it comes to personality traits such as narcissism, dogmatism, and anger.[3][4] Furthermore, they scored lowest when it comes to agreeableness and positive relations with others.[5]

New Atheism is a contemporary form of militant atheism. Using special text analysis software, the social psychologist Jonathan Haidt found that new atheists very often wrote in dogmatic terms in their major works using words such as “always,” “never,” “certainly,” “every,” and “undeniable.”[6] Of the 75,000 words in Sam Harris's The End of Faith, 2.24% of them connote or are associated with certainty.[7]

Despite the frequent expressions of certainty by new atheists. New Atheism has a reputation for shallow arguments. A frequent occurrence is that the works of new atheists often betray an amateurish knowledge of philosophy/religion.[8][9] For example, atheist philosopher Dr. Michael Ruse declared concerning new atheist Richard Dawkins' book The God Delusion: "The God Delusion makes me embarrassed to be an atheist."[10] Vox Day's book The Irrational atheist found multiple errors in reasoning and factual errors when it came to the works of new atheist authors.[11] See also: Atheism and irrationality

It is estimated that in the past 100 years, governments under the banner of atheistic communism have caused the death of somewhere between 40,472,000 and 259,432,000 human lives.[12] Dr. R. J. Rummel, professor emeritus of political science at the University of Hawaii, is the scholar who first coined the term democide (death by government). Dr. R. J. Rummel's mid estimate regarding the loss of life due to communism is that communism caused the death of approximately 110,286,000 people between 1917 and 1987.[13] See also: Atheism and communism

A comprehensive study by Harvard University professor Robert Putnam found that religious people are more charitable than their irreligious counterparts.[14]

Also, atheists rarely focuses on the issue of social Darwinism in their communities past and often takes offense when biblical creationists bring this matter up.[17][18]

A psychopath is someone with an anti-social personality disorder characterized by violent, perverted or amoral behavior often leading to criminality. Psychopaths have little or no concern for other people. They equate love with sexual arousal.[19]

According to the 2014 journal article Correlates of psychopathic personality traits in everyday life: results from a large community survey published in the journal Frontiers of Psychology lack of belief in God is positively associated with psychopathy.[20]

Atheism and other immoral acts Atheists are often accused of lacking moral intelligence and social intelligence. The atheist PZ Myers declared, "...I don’t object to bestiality in a very limited set of specific conditions..."[21] See: Atheism and bestiality

See also: Atheist population and immorality and Atheism and morality

Not possessing a religious basis for morality, which can provide a legitimate basis for objective morality, atheists are fundamentally incapable of having a coherent system of morality.[22]

The Barna Group found that atheists and agnostics in America were more likely, than theists in America, to look upon the following behaviors as morally acceptable: illegal drug use; excessive drinking; sexual relationships outside of marriage; abortion; cohabitating with someone of opposite sex outside of marriage; obscene language; gambling; pornography and obscene sexual behavior; and engaging in homosexuality/bisexuality.[23] Given the many diseases associated with homosexuality, the biblical prohibition against homosexuality is quite arguably one of the many examples where the Bible exhibited knowledge that was ahead of its time. See also: Atheism and sexual immorality

In 2014, a University of Kentucky study was published by Will M. Gervais, which was entitled Everything Is Permitted? People Intuitively Judge Immorality as Representative of Atheists, and the study indicated that "even atheist participants viewed immorality as significantly more representative of atheists than of other people."[24] The new atheist Richard Dawkins was a key player in the Elevatorgate scandal which helped spark a rift between many atheist men and women.

Founders of the New Atheism movement Richard Dawkins and Sam Harris, have elevated the amount of contention between men and women within the atheist population and there are now frequently complaints from women that there is a significant amount of misogny within the atheist community and that its leadership is too heavily populated with men.[25][26][27]