A child in Thailand where the nontheistic form of Buddhism called the Theravada school of Buddhism is prevalent. In 2010, the Pew Research Forum indicated that 93.2% of the people of Thailand were Buddhists.[1] Per capita atheists and agnostics in America give significantly less to charity than theists even when church giving is not counted for theists (See: Atheism and uncharitableness).

Historically, the secular left has been dominant within the atheist population, (see: Atheism and politics).

However, the atheist Adam Lee noted:

See also: Western atheism and race and Atheism and women

According to atheist Sikivu Hutchinson, there is a "vacuum in secular social justice leadership" and that is why she and other skeptics founded the People of Color Beyond Faith network.[3] Hutchinson says about the network, "We’re not only interested in working with nonbelievers and secularists of color, but also with progressive faith organizations that share a similar vision."[3] See also: Atheism and liberal Christianity alliances

See also: China and atheism and East Asia and global desecularization and Growth of Christianity in China

China's atheistic, communist regime is well-known for being authoritarian and tyrannical.[11] See also: Atheism and communism

Social justice and progressive values according to leading progressive/leftist websites

Since 2010, the last time the survey was carried out, one million more French people are leading solitary lives, with an estimated five million or 12 percent of the nation’s population aged over 18 now living without any social relations through family, friends, work or their community.[12] See also: Atheism and loneliness

The atheist population and the secular left has not lived up to the above cited standards (see: Atheist hypocrisy). See also: Liberal values and liberal hypocrisy

The atheist population lacks cooperation/community, is known for engaging in bitter quarrels and is deeply divided (see: Atheist factions and Atheist movement).

The Guardian reported in 2012, "Britain has some of the lowest social mobility in the developed world - the OECD figures show our earnings in the UK are more likely to reflect our fathers' than any other country."[17]

See also: Britain and the history of social Darwinism

As far as the progressive values of caring/protection, the American atheist population gives less to charity per capita than Christians even when church giving is not counted.

Also, atheists rarely focuses on the issue of social Darwinism in their communities past and often takes offense when biblical creationists bring this matter up.[18][19]

See also: Irreligion and domestic violence and Atheism and women

After the Elevatorgate scandal, which initially involved Richard Dawkins and Rebecca Watson, there was a lot of additional acrimony among atheists. Jacques Rousseau wrote in the Daily Maverick: "Elevatorgate..has resulted in three weeks of infighting in the secular community. Some might observe that we indulge in these squabbles fairly frequently."[22] See also: Atheist factions

However, the incident mentioned below reflects that prominent white men, still exert considerable influence within the atheist movement despite the fact that atheists tend to lean politically left and that the left purports to strongly support gender and racial diversity.

Two recent atheist nonprofit scandals which received some publicity were the organizations Richard Dawkins Foundation for Reason and Science and the We Are Atheism organization.[25][25][26][27]

In addition, David Gorski at Scienceblogs indicated that many atheist/skeptic organizations are poorly run from a financial standpoint.[26]

As far as honesty, atheists have a poor record in this area as well (see: Atheist indoctrination). 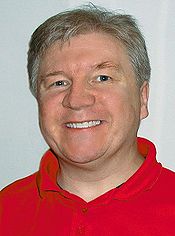 On April 2015, Atheist Ireland announced, "Atheist Ireland is publicly dissociating itself from the hurtful and dehumanising, hateful and violent, unjust and defamatory rhetoric of the atheist blogger PZ Myers."[29] The atheist biologist Massimo Pigliucci said of Myers, "one cannot conclude this parade without mentioning P.Z. Myers, who has risen to fame because of a blog where the level of nastiness (both by the host and by his readers) is rarely matched anywhere else on the Internet...".[30] In response to the question, "Why is incest wrong?", the atheist Lawrence Krauss said, "It's not clear to me that it is wrong."[31] See: Atheism and incest

Secular humanism is humanism that is atheistic in nature. It is a philosophy which holds that human beings are the most important figures, and that social problems are best solved without the involvement of religious doctrine. People who are secular humanists purport to focus on ways to better themselves and human beings as a whole. The American Humanist Association's motto on the main page of their website is "good without a God".[32]

Lawrence Krauss: Humanist of the Year in 2015 and his statement on incest

In 2015, Arizona State University professor Lawrence Krauss was named the 2015 Humanist of the Year by the American Humanists Association.[33]

In response to the question, "Why is incest wrong?", Krauss said, "It's not clear to me that it is wrong."[31] See also: Atheism and incest

PZ Myers: Humanist of the Year in 2011 and his inappropriate previous behavior

In 2008, Myers rejoiced at the death of a Brazilian Roman Catholic priest who died a premature accidental death and then Myers fantasized about personally killing other priests.[37][38] (See also: PZ Myers and social justice)

Bitter infighting within the secular humanism faction of atheism

Paul Kurtz is an atheist philosopher who formerly taught at the State University of NY at Buffalo. Dr. Paul Kurtz founded the modern secular humanism movement which is a form of philosophical skepticism. In addition, he also founded the organization the Center for Inquiry which focuses on promoting secular humanism. In 2009, Dr. Kurtz lost his leadership position at the Center for Inquiry.[39] Dr. Kurtz described the events surrounding the loss of his leadership position as a "shattering blow".[39]

Atheism plus is a faction of atheism which holds to a liberal/progressive political agenda. It developed out of the atheist and political ideology of Freethought blogs and was partly a response to the New Atheism and to the Elevatorgate scandal. The atheist Richard Carrier divorced his wife and now practices polyamory.[43] Before divorcing his wife, he was involved in adulterous affairs.[43]