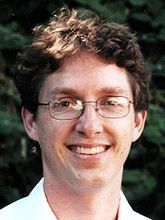 Richard Carrier at the launch of the Atheism plus movement wrote: "I am fully on board. I will provide any intellectual artillery they need to expand this cause and make it successful."[1]

Atheism plus was a type of atheism which held to a progressive political agenda. It encouraged progressive atheists to also focus on issues beyond atheism - including the issues of social justice, feminism, anti-racism, LGBTQ issues and skepticism. In August 2012, Jennifer McCreight, the founder of the Atheism plus movement, wrote that the movement "applies skepticism to everything, including social issues like sexism, racism, politics, poverty, and crime."[2] The Atheism plus website was active from 2012 to 2016.[3]

Atheist plus shared the progressive political ideology of Freethought blogs and was partly a response to the New Atheism and to the Elevatorgate controversy.

News 24 indicates about the Atheism plus movement:

In 2012, Joe Humphreys wrote in the Irish Times about the Atheism plus movement:

Richard Carrier at the launch of the Atheism plus movement wrote: "I am fully on board. I will provide any intellectual artillery they need to expand this cause and make it successful."[6] Thunderf00t commented on how Richard Carrier "the intellectual artillery" of the movement, quit promoting the movement within a month.[7] See also: Atheism, social justice and hypocrisy

Damion Reinhardt wrote about Carrier and Atheism plus movement: "About the only thing he did spectacularly wrong (from an atheist movement perspective) was turning Atheism Plus into an “us vs. them” festival of denunciation and excommunication, but that was arguably bound to happen. Possibly he should be credited with speeding up the inevitable collapse."[9]

Richard Carrier on people who he believes understand Atheism plus

Richard Carrier wrote in a blog post entitled Our Mythical Campaign against Sex:

David Silverman was the president of the American Atheists organization. Silverman was fired due to allegations of financial conflicts and sexual assault.[11] See also: American atheism

Picture of Greta Christina in 2010.

Feminist and lesbian Greta Christina wrote about Atheism plus:

Canadian Journal of Sociology on Atheism plus

The abstract of 2017 journal article entitled Atheism Plus What? Social Justice And Lifestyle Politics Among Edmonton Atheists published in the Canadian Journal of Sociology states:

The entire article can be found at: Atheism Plus What? Social Justice And Lifestyle Politics Among Edmonton Atheists by Jonathan Scott Simmons

Atheism plus and the desire for something more than mere atheism

The Atheist Revolution website indicated about the inability of atheism to answer life's most important questions:

Criticisms of the Atheism plus movement by atheists:

Christian commentary on the Atheism plus movement: