Rebecca Watson (born October 18, 1980) is an atheist blogger and podcast host. Watson founded the website Skepchick. Rebecca Watson has written about widespread misogyny within the atheist community and she has received threats of rape.[1] 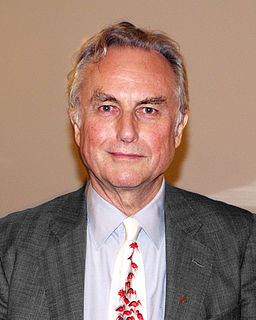 See also: Elevatorgate and Atheism and women and New Atheism

According to Rebecca Watson atheist women are often punished for being outspoken - particularly when they speak about feminism.[8] In August 2013, Watson said the harassment she received from male atheists skyrocketed after Elevatorgate.[9] Furthermore, she said she still receives harassment from male fans of Richard Dawkins.[10] The atheist feminist Dr. Sikivu Hutchinson concurs with Watson and says that sexual harassment has been institutionalized within the atheist movement and that atheist men have an investment in censoring, controlling and policing women and also have an investment in "male privilege".[11] An article by Sarah posted at Skepchick about a conversation between Richard Dawkins and David Silverman, the ex-president of the American Atheists organization, which took place during the planning phrase of the Reason Rally: Amanda Read wrote in the Washington Times that she believed Watson was behaving hypocritically and declared:

Rebecca Watson accuses the Center for Inquiry of sexism

According to Rebecca Watson, the atheist Lawrence Krauss sexually harassed a woman onboard a cruise ship conducted by the Center for Inquiry.[15]

Rebecca Watson indicates the CFI decided to bury this complaint and allowed Krauss to be on one of its subsequent cruises.[16]