At Splice Today, Dylan Green wrote about the Mythcon 2017 Conference and the atheist movement: "If there’s a point in time where atheism’s cold war of progressive versus reactionary flavors came into being, it would be the day when Mythcon was held."[2] At Mythcon 2017, Carl Benjamin and other anti-progressive YouTube atheists spoke which upset many progressive atheists.[3][4] Shortly after the conference, the progressive atheist PZ Myers wrote a blog post entitled Time to nuke the fault line and split the rift deeper[5]

The Journal of Contemporary Religion says about schisms within atheism: "The persistence of internal schisms and regular outbreaks of in-fighting within the atheist movement also ensure that much energy is effectively wasted on parochial concerns and further undermine attempts to establish a genuine sense of group cohesion."[7]

The Journal of Contemporary Religion indicates that internal divisions within the American atheist movement have to do with:

Jacques Rousseau wrote in the Daily Maverick: "Elevatorgate..has resulted in three weeks of infighting in the secular community. Some might observe that we indulge in these squabbles fairly frequently."[9] See also: Atheism and social/interpersonal intelligence

Peter McGrath wrote in The Guardian about the pro-feminism/progressivism Atheism plus movement: "In the passionate world of American atheism, the venom usually directed at believers has now been turned against the wrong kind of atheists."[11] 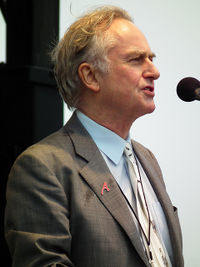 Richard Dawkins was a key figure in the Elevatorgate controversy.

In recent years, the secular right has increased within Western atheism (see: Decline of the secular left and Atheism and the alt-right).

Oxford Scholarship Online, citing the work of author Stephen LaDrew's book entitled The Evolution of Atheism: The Politics of a Modern Movement declares:

In 2016, the atheist Martin Hughes wrote:

The sociologist Stephen LeDrew declared about the new atheists:

The atheist Ashley F. Miller wrote at The Orbit:

After the actress and feminist author/commentator Clementine Ford was picked as a speaker as part of creating gender parity in atheist speakers to the 2018 Global Atheist Convention, it was reported that a substantial number of rape and death threats occurred on a Facebook page promoting the convention.[18]

Robert Martin from Melbourne's City Bible Forum indicated about the cancellation of the 2018 Global Atheist Convention: "This is a massive blow to the Atheist Foundation as an organisation and to organised atheism in Australia. Where to next? What do they stand for?”[22]

Andrew Street wrote in The Sydney Morning Herald about the 2018 Global Atheist Convention that was cancelled:

The atheist Adam Lee wrote about Clementine Ford and the online hostility about her being a speaker at the 2018 Global Atheist Convention:

Atheist schisms, political polarization and its effect on national atheist organizations in the United States