Jerry Allen Coyne (born December 30, 1949) is an American professor of biology at the University of Chicago in the Department of Ecology and Evolution.

He is an outspoken evolutionist and atheist who is known for his commentary on intelligent design theory. Since World War II a majority of the most prominent and vocal defenders of the evolutionary position which employs methodological naturalism have been atheists and agnostics.[3]

See also: Rebuttals to atheist arguments and Atheism and arrogance 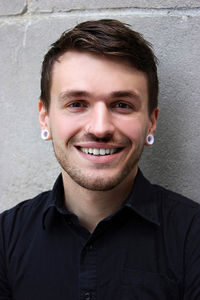 Chris Stedman serves as the Executive Director of the Yale Humanist Community at Yale University.

Coyne's book Why Evolution is True

See also: Evolution as a secular origins myth and Evolution and Cases of Fraud, Hoaxes and Speculation

Throughout his book Why Evolution is True, Coyne abuses the term evolution, defining it in multiple ways and equivocating it (See also: Atheism and the fallacy of equivocation).[7] In addition, he shows a poor understanding of the creationist/creation science position.[8]

Coyne and his view that the universe is meaninglessness

Coyne admits the meaninglessness of the universe as an implication of an atheistic evolutionary worldview, but then insists that we can create our own subjective meaning and marvel at the intricacies of nature (see also: Atheism and meaninglessness).[9]

Jerry Coyne's commentary on atheist meetings within the atheist movement

In 2011, Jerry Coyne said about the atheist meetings which he attended that quite a few of the talks were lame.[10]

However, in 2013, Jerry Coyne spoke at an atheist meeting with the self-congratulatory title of "The Amazing Meeting".[14] The Amazing Meeting is an annual meeting and perennial speakers at the Amazing Meeting include Penn & Teller, Michael Shermer, James Randi and Phil Plait. In addition, the website of All American Speakers, a buyers agent, has a form for requesting Jerry A. Coyne as a speaker.[15] See also: Atheist hypocrisy

At the 2013 The Amazing Meeting, Coyne gave a talk entitled Faith is Not a Virtue which focused on the supposed incompatibility of science and religion, despite the fact that studies show that the irreligious engage in more superstitious thinking and the significant contributions that Christianity has made to science (see: Irreligion and superstition and Christianity and science).[16] In addition, in his talk Faith is Not a Virtue Coyne also avoided the large body of historical and other social science data regarding the immoral actions of the atheist population (see: Atheist population and immorality and Atheism and mass murder and Atheism and morality). Furthermore, Coyne said in his talk that there being various sects of Christianity is evidence that Christianity is false (Despite the fact that there are many schools of atheist thought which frequently quarrel with each other (see: Atheist factions) and that atheists/agnostics frequently argue about the definition of atheism).[17]