A child in Thailand where the nontheistic form of Buddhism called the Theravada school of Buddhism is prevalent. In 2010, the Pew Research Forum indicated that 93.2% of the people of Thailand were Buddhists.[1]

Nonprofits require funds from donors so they can fulfill their missions.

Both ideological wars and nations engaged in war require adequate resources to effectively engage in battle.

As can be seen below, religious organizations are far outpacing atheist organizations when it comes to fundraising (see also: Atheism and charity),

General Douglas MacArthur declared: "The history of war proves that nine out of ten times an army has been destroyed because its supply lines have been cut off...”.[2]

According to the National Center for Charitable Statistics: "Religious organizations received the largest share, with 32% of total estimated contributions."[3]

Women are less likely to be atheists. Women donate more

Surveys throughout the world and other data indicate that women are less inclined to be atheists (See: Atheism and women).[4] [5]

Jesus Christ and his apostles taught a gospel of love.[6]

Jesus Christ and his apostles taught a gospel of love and Christian philanthropy has a long tradition.[7] For example, St. Basil of Caesarea founded the first hospital. Christian hospitals subsequently spread quickly throughout both the East and the West.[8]

The First Council of Nicaea in 325 A.D. ordered the construction of a hospital for every cathedral town in the Roman Empire to care for the poor, sick, widows, and strangers. They were staffed and funded by religious orders and volunteers.[9]

Christian fundraising is well-developed within Christendom.[10] For example, there are associations, non-profits and private companies that work with Christian organizations to make their fundraising more effective.[11] In addition, there are Christian foundations that award grants.[12]

Secular humanism is a type of atheism/agnosticism.

Foundation Beyond Belief is a charitable foundation created to focus on "humanist generosity and compassion."[13]

The atheist Hemant Mehta said about raising money from fellow nonbelievers: "Meanwhile, I’ve had one hell of a time convincing people to give to the Foundation Beyond Belief — and I help lead that organization." [14]

Atheist activist Lee Moore: Donations to American atheist organizations are down due to infighting within the atheist movement

The Canadian atheist activist Pat O'Brien is a Canadian atheist, an activist, and ex-president of Humanist Canada and British Columbia Humanist Association (Secular humanism is a form of atheism).

O'Brien said about the willingness atheists/humanists to support national and provincial atheist organizations: "The biggest problem is fundraising. It is difficult to get Humanists to part with their money."[18] 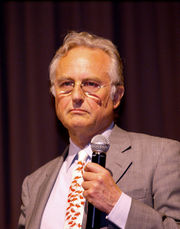 The Richard Dawkins Foundation for Reason and Science had a scandal related to an embezzlement allegation.[19][20][21] See: Atheist organizations and scandals

In October 2015, the Secular Student Alliance tweeted that it "desperately" needed $100,000 by the end of the month. The SSA Executive director August Brunsman reported that fundraising had lagged.[23]

Also, according to a video posted at Freethought Blogs storefront churches provide assistance to local residents including women, and this partly explains the death of Hispanic and African-American women atheists in America (Atheists give less to charity than Christians).[27]

Atheist movement, women and a smaller base of major donors

See: Atheist movement, women and a smaller base of major donors

The atheist Thomas Westbrook, a full-time YouTube atheist, declared about himself and other YouTube atheists: "Finances are still kind of tight for most of us."[30]

In a 2018 YouTube video entitled David Silverman Ousted as President of American Atheists, the atheist YouTube channel Utah Outcasts said in a video about David Silverman and atheist organizations: "Many other people were also like maybe he was embezzling funds because we know people in atheist activist communities where that kind of sh*t happens. Yes, it was kind of common."[31]

Two atheist nonprofit scandals which received some publicity were the organizations Richard Dawkins Foundation for Reason and Science and the We Are Atheism organization.[32]

Saudi Arabia is funding Islamic extremism in the Western World

The Atlas of Creation is a series of Islamic creationist books, written by Adnan Oktar under the pen name Harun Yahya.

The first volume of Atlas of Creation contains over 800 glossy pages and weighs 12 pounds (5.4 kg). The Turkish version of the book has been translated into English, German, French, Chinese, Dutch, Italian, Urdu, Hindi and Russian.

Tens of thousands of copies of the book have been sent, on an unsolicited basis to schools and to prominent researchers and research institutes throughout Europe and the United States.

The books caused a furor in Europe and the Committee on Science and Education of the Parliamentary Assembly of the Council of Europe issued a report.

According to Time magazine, "The source of the funds that support Yahya's Science Research Foundation remains a well-kept secret."[35] Causes, including groups with an ideology bent, often raise money for their cause via tapping into government money and/or using government to set public policy.

Jewish columnist Dennis Prager has stated that a causal factor of atheism is the "secular indoctrination of a generation."[36] Prager stated that "From elementary school through graduate school, only one way of looking at the world – the secular – is presented. The typical individual in the Western world receives as secular an indoctrination as the typical European received a religious one in the Middle Ages."[37] See also: Atheism and critical thinking

In 2013, an study found that academia was less likely to hire evangelical Christians due to discriminatory attitudes.[38] See also: Atheism and intolerance

Atheists have focused considerable efforts on the public schools in order to indoctrinate young people into atheistic beliefs.[39][40]

American government run public schools are increasingly facing budget cuts and there is growing criticism of public schools. Vouchers for private schools (including religious schools) and charter schools are increasingly being discussed and legislators are introducing and passing school choice bills.[41] America also has an aging population and Bill Gates indicates that state budgets are breaking schools in the United States.[42] Of course, constrained public school budgets includes constrained school legal budgets so many schools will be less able to engage in frivolous/unwarranted legal suits constraining religious free speech in their schools.

Europe faces an aging population and will also have challenges financing public schools.

There may be a higher education bubble that will burst.[44] The Wall Street Journal reported in 2013 that the percentage of Americans going to college has been decreasing for 3 years in the USA.[45]

The Birkbeck College, University of London professor Eric Kaufmann wrote in his 2010 book Shall the Righteous Inherit the Earth? that: religious conservatism is growing in the world; the growth of secularism will be reversed both the developed world in the 21st century; and religious will have increased political power (See also: Growth of global desecularization and Culture war, demography and politics).