MAGAnomics is the economic program of President Donald Trump.

In less than two years President Trump, through deregulation and tax cuts, doubled the rate of growth of jobs and income for American working families, an undeniable improvement from the eight years of Obamanomics and stagnation.

By 2018, the IMF projected the U.S. growth rate at 3.7% for a $22 Trillion economy. That amounts to expanding the U.S. econony by $700 Billion a year for the next several years. $700 Billion a year added to the U.S. econony is larger than the entire economy of Saudi Arabia (19th largest in the world), half of Canada's entire economy (10th largest) and two-thirds of Mexico (15th largest).

Real Personal Income gains under President Trump beginning from the flat base of President Obama's last year in office. Personal income is now growing at a rate of 5.5%, real gains for the first time since the 1980s. Source: Federal Reserve Board

The post-World War II Marshall Plan was set up to allow Europe and Asia to place tariffs on exported American industrial products. Those tariffs were used by the EU and Japan to rebuild their infrastructure after a devastating war. However, there was never a built in mechanism to end the tariffs. Additionally, the U.S. was carrying the cost of protecting the EU (via NATO) and Japan with the American military. The EU and Japan spent almost nothing on their own defense because the U.S. took over that role. But that military role, just like the tariffs, never ended. China since the late 1970s, and particularly since 2001,[1] has piggybacked on that American generosity.

MAGAnomics essentially undoes nearly forty years of trade agreements, primarily with NAFTA and China. It resembles the trade positions of Ross Perot, Pat Buchanan, Walter Mondale, and Richard Gephardt, all past major party presidential candidates. These candidates all opposed the destruction of manufacturing jobs in the United States and full scale conversion of America into a service sector, consumer driven economy.

President Trump began a process of less dependence on foreign companies for cheap goods, (the cornerstone of a service economy), and began a return to a more balanced U.S. larger economic model where the manufacturing and a production base can be re-established and competitive based on American entrepreneurship and innovation.

As the U.S. economy expands; and as blue-collar manufacturing returns; the demand for labor increases, and as a consequence so too does the U.S. wage rate, currently +3.4% in mid-2019 which was stagnant or non-existent for the past three decades. Total compensation for U.S. workers is now growing at a +5.5 percent rate.

While Buchanan and Perot are usually called paleoconservatives, Gephardt and Mondale are often referred to as socialists with nationalist tendencies. All opposed globalist trade agreements and the movement toward a loss of sovereignty.

It would be a mistake to call MAGAnomics paleoconservative, a term of derision invented by progressives to apply to their enemies who oppose global governance. And the progressive climate change agenda is essentially a war on consumerism[2] - the very heart and soul of the service driven economy that globalists in the EU and United States have striven to create since the end of World War II.

As manufacturing jobs were relocated to the low wage, developing world in an effort to "level the playing field" and address income inequality with the Third World, the greedy global progressive elites became more powerful at the expense of workers. Workers were compensated for job loss with the deregulation and mass marketing of opiods. 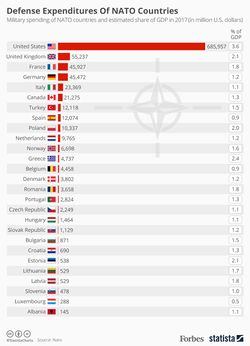 The modern Free trade movement grew up as a weapon in the ideological confrontation between capitalism and communism of the Cold War era. The capitalist nations favored free trade as a way to promote economic integration, reduce international tensions, and raise living standards; the communist nations - who rejected personal freedom and profit, rejected the very idea of trade, unless trade is managed by and for the public treasury of communist regimes, who in turn dole out any gains from trade, if and when gains occur, to communist party members and friends.

Theoretically, the advocates of free trade argued, reduction of tariffs would encourage non-democratic and corrupt developing world regimes to become more democratic. Alternatively, in the communist bloc of nations, all the contradictions of Marxism prohibited individuals from making any choices to improve their own economic wellbeing or engage in trade with a profit motive.

By 2014, when improvement of the human rights record in countries such as Russia, China, Saudi Arabia, Mexico or Turkey, to name only a few, failed to materialize, the belief that shipping U.S. and EU manufacturing jobs to less developed countries would encourage them to become more democratic was exposed as seriously flawed. The Iran nuke deal - reducing trade restrictions against Iran, and the Magnitsky Act or Russia sanctions bill are testaments of the false premise - that free trade leads to democratization and improved human rights. The free trade movement in America was built on this false premise beginning in the 1980s.

The post-World War II free trade movement really dates from the mid 1950s and creation of the European Common Market, which evolved into the European Union with its own parliament by the 1980s. To compete with the burgeoning economic power of the European Union, reducing North American trade barriers was finalized in the NAFTA agreement by 1996. Cold War politics cannot be overlooked in understanding how the modern free trade movement was built on a house of cards.

The artificial European Union superstate was built without a defense budget - the U.S. taxpayer picking up the tab. Meantime, the violent worldwide Marxist revolution aimed at exporting Soviet weapons from Russia to Cuba, to Nicaragua, to El Salvador and all Central America, and eventually Mexico and the United States to overthrow the capitalist international order, liberate the oppressed masses, and establish Socialism. Raising living standards in Mexico via free trade and NAFTA was seen as a way to counter Marxist revolutionary ideology, Soviet foreign policy, and compete with the Euro zone.

During the period of globalization (1996 - 2017), Wall Street became disconnected from Main Street. As American corporations shifted their investment dollars from the United States to emerging markets and the developing world, Wall Street stocks, the Dow Jones Industrial average and other stock indexes reflected less and less the condition of the U.S. economy. Wall Street itself became globalized, and Main Street became detached.

While Wall Street stocks still provide income to retirees and pension funds, the capital employed and income produced by many of these stocks comes from foreign workers in China and elsewhere, and not from workers whose home is Main Street America.

Two years into MAGAnomics, the Chinese slave-driven economy started to contract as American and other multinational conglomerates began locating elsewhere. Some returned to the United States, others moved to Vietnam and other low-wage labor markets. Many Wall Street stocks, which anticipated globalization as the wave of the future, had to go through a period of re-assessment and adjustment.

But the American economy - the economy of Main Street America - remained strong and only continued gaining in strength as de-regulation and a better tax environment brought manufacturing jobs and opportunities back home.

The health of the U.S. economy is no longer gauged by the Dow Jones Industrials. U.S. trade deficit with China. The difference between the red line and blue line represents an outflow of American wealth - capital that could be used to create American jobs rather than jobs in China and prosperity for the Chinese Communist Party.

Contrary to Cold War era idea that free trade would encourage tyrannical regimes to become democratic - an argument used to sell globalization - experience now has proven only serves to strengthen non-democratic human rights violators. China and Iran are two of the most shining examples. The widespread notion that democracy and free trade go hand-in-hand has been discredited.

Donald Trump has been a lone voice of realism against globalists, who initially pitched the democratizing influence of free trade, and now are content with the status quo of their failure and the impoverishment of Western nations.

Globalists have made the United States a service economy with 70% of all employment in service industries. American services are traded for foreign manufactured goods, leaving huge trade deficits, and bankrupting the nation. Reversing these trends, and President Trump's insistence that NATO partners carry their fair share of the cost burden, are the primary reasons why globalists have such intense hatred and opposition to Donald Trump.

Tariffs on Chinese imports stemmed the capital outflow to China, sparked creation of manufacturing and service sector jobs in the U.S., and slowed the Chinese military build-up which previously was being funded by American consumers.[3]

Overall, more than 4 million jobs were created before the 2018 Midterm elections under MAGAnomics, with the biggest increases seen in manufacturing jobs.[4]

President Trump created ten times as many manufacturing jobs in Trump's first 21 months than the socialist leader Barack Obama did during Obama's last 21 months.[5] Each manufacturing job can in turn create as many as an additional 3.7 service sector jobs.[6]

This is important because manufacturing - jobs where value is added to the workproduct greater than the cost of labor in producing the product - spawn service sector jobs. Marxists object to this concept, yet have never produced a workable alternative theory to feed and clothe whole nations and societies. Each new manufacturing job spawns 1.5 to 2.5 new service sector jobs (so-called "multiplier effect") - jobs were the workproduct vanishes in the instant it is performed and leaves nothing behind to be traded for equal value.

The Obamacare employer mandate - requiring employers with 50 or more employees to provide healthcare coverage for workers - stagnated job growth for a growing population. Profits and dollars that ordinarily would go back into creating more jobs for a growing population, were mandated to pay for existing employees' healthcare coverage. A generation of American high school and college students were still living in their parents' basements after 8 years, unable to find work, as reflected in the dismal workforce participation rates.

Health insurance rates fell for the first time in history.[7] The average premiums of $124 per month dramatically contrasted with Obamacare plans whose monthly premiums averaged $393.[8] Even the liberal think tank, the Urban Institute proclaimed that what Trump did allowed 1.7 million previously uninsured Americans to receive insurance coverage, while enabling 2.5 million more to benefit from much lower premiums.[9]

Trump ordered US pharmaceutical companies that advertise drugs in television commercials to start showing the price. The same law that requires car companies to state the price in ads, applies to Big Pharma, too.

President Donald Trump said that the coronavirus outbreak highlighted the importance of bringing back to the United States previously offshore supply chains for medicine and gear that are needed to fight the spread of the outbreak. Steps have already taken to mitigate the risk to public health because of the country's reliance on other countries for key medication and equipment. The outbreak showed the importance of bringing manufacturing back to America so that we can produce at home the medicines and equipment and everything needed to protect the public's health.

Rosemary Gibson, senior advisor at the Hastings Center, a bioethics research institute, said that the reliance on foreign countries for life-saving medicines made the United States vulnerable. Gibson provided details of the depletion of America's pharmaceutical industrial base. The US can no longer make penicillin; the last U.S. penicillin fermentation plant closed in 2004. Industry data reveal Chinese companies formed a cartel and colluded to sell the product on the global market a below market price and drove all US, European, and Indian producers out of business. Once they gained the dominant global market share, prices increased.