Long march through the institutions 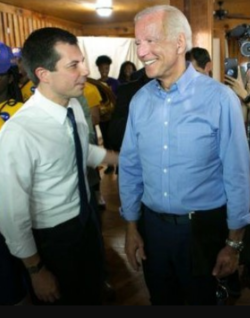 Long march through the institutions is a Marxist concept formulated in 1967 by the West German student movement leader Rudi Dutschke. Dutschke reformulated Antonio Gramsci's philosophy of cultural Marxism with the phrase the long march through the institutions (German: Marsch durch die Institutionen) to identify the political war of position or incrementalism, an allusion to the Long March (1934–35) of the Communist Chinese People's Liberation Army, by means of which, the working class or "oppressed" would produce their own intellectuals, civil servants, and culture (dominant ideology) to replace those imposed by the bourgeoisie or "oppressor class."[1][2][3][4][5][6]

Karl Marx spoke of a sudden revolution, where everything changes in a moment. Gramsci, the head of the Italian Communist party, was thrown in prison by Benito Mussolini, where he speculated on the failure of Marxist revolution in his Prison Notebooks, and attributed the failure to the cultural hegemony of the bourgeois oppressor class. Dutschke built on Gramsci's writings by proposing a long march through the cultural institutions of society - the church, entertainment, civil service, educational faculties, family institutions and marriage - to replace the dominant culture and replace it with revolutionary godless cultural Marxism.

Gramsci theorized that if Communism achieved "mastery of human consciousness," then concentration camps and mass murder would be unnecessary. Mastery over the consciousness of the great mass of people could be attained if Communists or their sympathizers gained control of the organs of culture — churches, education, newspapers, magazines, the electronic media, literature, music, the visual arts, and so on. By winning "cultural hegemony," Communism would control the deepest wellsprings of human thought and imagination. One need not control all information itself if one can gain control over the minds that assimilate that information. Under such conditions, opposition would disappear since men are no longer capable of grasping the arguments of Marxism's opponents.[9]

Former KGB officer Yuri Bezemov described the process of ideological subversion by the long march through the institutions:

A similar concept was also promoted by Voltaire, Diderot, D'Alembert, and King Frederick II to dismantle Christianity in France and throughout Europe, according to Timothy Dwight in 1799 as well as in Barruel Memoirs: Illustrating the History of Jacobinism.[11]