A double standard is a harsher or stricter attitude against someone else than one holds about himself or strangers. Causes of double standards include a lack of forgiveness, or an inability to see anything other than one's personal worldview (whether the view is religious and/or political in nature), resulting in a bias.

The double standard in the liberal media is obvious. For example, when someone who is heterosexual declares to be a homosexual, it's top of the news; when someone prominent converts to heterosexuality, there is barely a word about it. The same applies when someone who once considered themselves Christian no longer does, the news makes headlines, but if an atheist converts to Christianity, the reverse will only be known in Christian publications (and sometimes not even then)

The son finally decides to return to his father in the Prodigal Son when he realizes that among the people he left his father for, "no one gave him anything," in contrast to his father's generosity. The son had been applying a double standard against his father, but no longer.

A useful approach to avoiding double standards in family situations is to "treat your friends like family, and your family like friends." Had the Prodigal Son done that, he never would have senselessly suffered as he did. 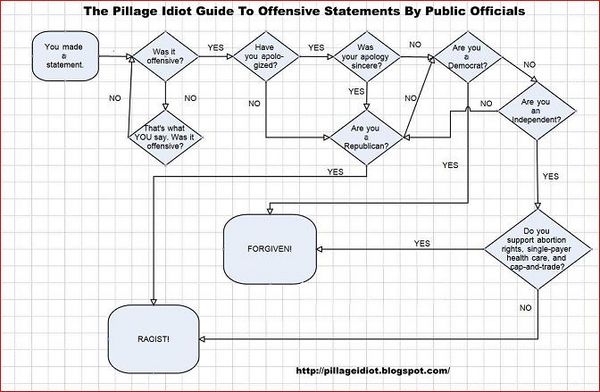 Examples of liberal double standards include: