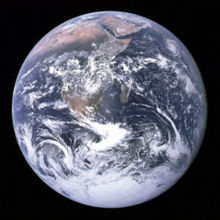 Demography is the study of human populations, and is a major specialty in the disciplines of sociology, economics, history, geography, statistics and epidemiology.

Below are some demographic statistics related to:

See also: Atheism statistics and Atheist population and History of atheism and Atheism and health

Percentage of the world's population who are atheists - statistics and trends

As a percentage of the world's population, atheism peaked in 1970.[2] Global atheism is expected to decline in the 21st century and beyond in terms of its global market share.[3]

According to the Encyclopædia Britannica, 2% of the world's population self-identifies as atheist and the average annual global change for atheism from 2000 to 2010 was −0.17%.[4] See also: Desecularization

A survey published in the 2005 Encyclopedia Britannica stated that 2.3% of the world's population consists of individuals who profess "atheism, skepticism, disbelief, or irreligion, including the militantly antireligious."[5] In regards to the 2.3% figure just mentioned, the 2005 survey cited by Encyclopedia Britannica survey did not include Buddhist in regards to the 2.3% figure and Buddhism can be theistic or atheistic.[5][6]

GCTS Tables on the decline/growth of atheism/Christianity/other religions, by year

If present trends continue, Johnson projects that by 2100 two-thirds of the world's population would be either Christian or Muslim.[7]

"Atheists, agnostics and other people who do not affiliate with any religion – though increasing in countries such as the United States and France – will make up a declining share of the world’s total population." - Pew Research, The Future of World Religions: Population Growth Projections, 2010-2050[8] Eric Kaufmann, a professor at Birkbeck College, University of London whose work focuses on how demographic changes affects religion/politics, points out that that the atheist population has a sub-replacement fertility rate while religious fundamentalists have high rates of birth (See: Atheism and fertility rates). .[9]

The Observers reported: "The WIN/Gallup International poll from 2012 found that 13% of the global population was atheist. By 2015, the number of atheists had dropped by two percentage points.[11]

Ipsos, a major global market research company, published a report on report on religious belief/skepticism from a worldwide perspective and the report provides various statistics gained from survey results.

Geographic distribution of the world's atheists

Razib Khan points out in Discover Magazine, "most secular nations in the world are those of East Asia, in particular what are often termed “Confucian societies.” It is likely therefore that the majority of the world’s atheists are actually East Asian."[14] See: Asian atheism

According to Slate, "Protestant Christianity has been the fastest growing religion in China."[17] Evangelical Christianity is especially growing sharply in China.[18]

Ethnic Chinese and the rise of Christianity in Southeast Asia

Denmark has the highest rate of belief in evolution in the Western World.[21] In addition, in 2005 Denmark was ranked the third most atheistic country in the world and the website adherents.com reported that in 2005 43 - 80% of Danes are agnostics/atheists/non-believers in God.[22]

Finland was ranked the 7th most atheistic country in the world in 2005.[22] Finland has the 17th highest rate of belief in evolution in the Western World.[22]

France was ranked the 8th most atheistic country in the world in 2005.[22] France has the 4th highest rate of belief in evolution in the Western World.[21]

In 2005, the Netherlands was ranked the 13th most atheistic country in the world and the website adherents.com reports that in 2005 39 - 44%% of the Dutch were agnostics/atheists/non-believers in God.[22] The Netherlands also has the 11th highest rate of belief in evolution as far as Western World nations.[21]

Estonia is one of the least religious areas in the world. Merely 14% of the population declared religion an important part of their daily lives.[24]

From a historical perspective, the Czechs have been characterised as "tolerant and even indifferent towards religion".[25] According to the 2011 census, 34.2% of the Czech population declared they had no religion, 10.3% was Roman Catholic and 10.2% followed other forms of religion both denominational and nondenominational. Furthermore, 45.2% of the population did not answer the question about religion.[26] From 1991 to 2001 and further to 2011 the adherence to Roman Catholicism decreased from 39.0% to 26.8% and then subsequently to 10.3%.[27]

Countries with high levels of atheism and domestic violence

Sweden is one of the most atheistic countries in the world.[22] In Sweden, 81 percent of women said they had been harassed at some point after the age of 15 - compared to the EU average of 55 percent.[28]

An Australian National Council on Drugs (ANCD) report indicated that 20% of Australians drink at levels putting them at risk of lifetime harm.[29]

After WWII, Australia has become a very secular country.[30]

According to the Sydney Morning Herald:

The atheist and evolutionist PZ Myers giving a presentation to a group that is likely largely made up of white males.[34][35][36] In June 2010, PZ Myers commented that atheist meetings tend to be significantly more attended by males.[37]

In the United States, blacks have the highest rate of religiosity.[39] Among Hispanics, religion has traditionally played a significant role in daily activity.[40]

The atheist Sikivu Hutchinson declared “If mainstream freethought and humanism continue to reflect the narrow cultural interests of white elites who have disposable income to go to conferences then the secular movement is destined to remain marginal and insular.”[41]

The atheist community has not had significant outreach to racial minorities within the Western World whereas Christians have done this (particularly among the poor).[16] See also: Atheism and uncharitableness

In 2010, an atheists' conference was organized in the United States concerning the future direction of the atheist movement and 370 people attended. The conference, sponsored by the Council for Secular Humanism, drew members from all the major atheist organizationsin the United States. The New York Times described the attendees as "The largely white and male crowd — imagine a Star Trek convention, but older..."[42]

In 2011, Beliefnetnews reported concerning the race and gender of American atheists:

Cultural diversity of the atheist population

Since World War II a majority of the most prominent and vocal defenders of the evolutionary position which employs methodological naturalism have been atheists and agnostics (see also: Causes of evolutionary belief).[46] Charles Darwin's book The Origin of Species by Means of Natural Selection, or the Preservation of Favoured Races in the Struggle for Life has been translated into 35 languages.[47]

In terms of its geographic distribution, Christianity is a much more a global religion than most, if not all, religions (See also: Global Christianity).[48][49] The Bible has been translated into 518 languages and 2,798 languages have at least some portion of the Bible.[50] Studies indicate that women in the Western World tend to be more religious than men.[51]

Surveys throughout the world and other data indicate that women are less inclined to be atheists.[52] [53]

In November 2010, Discover Magazine published survey results published by the World Values Survey which showed significant differences between the percentage of men and women who are atheists for various countries with men outnumbering women in terms of adopting an atheist worldview.[55]

In 2015, BloombergView reported concerning the United States: "According to a much-discussed 2012 report from the Pew Research Center on Religion and Public Life, ...women are 52 percent of the U.S. population but only 36 percent of atheists and agnostics.[56]

A 2009 article in LiveScience.com entitled Women More Religious Than Men reported: "A new analysis of survey data finds women pray more often then men, are more likely to believe in God, and are more religious than men in a variety of other ways...The latest findings, released Friday, are no surprise, only confirming what other studies have found for decades.[57] In 2007, the Pew Research Center found that American women were more religious than American men.[57]

According to 2012 figures from the National Bureau of Statistics of the People's Republic of China, China’s sex ratio at birth (the number of boys born for every 100 girls) was as high as 118, while the sex ratio amongst the total population was about 105.[60] The statistical data from China indicates that the gap between male and female at birth is far larger than the biologically benchmark ratio (a sex ratio at birth of around 105 males per 100 females).[61]

The YouTube atheist Thunderf00t estimates that there was a 2 to 1 ration as far as men to women attending Reason Rally 2016.[62]

In June 2010, the atheist PZ Myers commented that atheist meetings tend to be significantly more attended by males.[53] In October 2012, the atheist Susan Jacoby wrote in The Humanist concerning atheist meetings: "When I speak before non-college audiences — that is, audiences in which no one is required to be there to get credit for a college course — 75 percent of the people in the seats are men."[63]

In October 2010, an atheists' meeting was organized in the United States concerning the future direction of the atheist movement and 370 people attended. The New York Times described the attendees as "The largely white and male crowd — imagine a Star Trek convention, but older...".[64]

The website Freethought Blogs has significantly less women visiting their website than men according to the web traffic tracking company Quantcast.[66]

The above data suggest that atheism in general and the New Atheism movement is significantly less appealing to women in the Western World.

Most atheists fall on the left side of the political spectrum (see: Atheism and politics and Secular left).

The secular left in the Western World often publicly stresses the importance of diversity.

Yet, as far as the issue of diversity within the atheist population, compared to Christianity, atheism has a significantly less degree of geographic/cultural, racial, gender and socioeconomic status diversity (seee: Atheism and diversity).