Below are some Christianity statistics.

Also, Christianity has had a positive effect on societies and there are a number of statistics which demonstrate this matter that are given below. 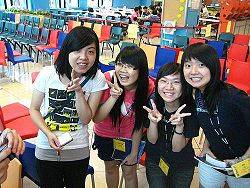 Pew Forum reports, "As of 2010, Christianity was by far the world’s largest religion, with an estimated 2.2 billion adherents, nearly a third (31%) of all 6.9 billion people on Earth."[3]

Christianity, in terms of its geographic distribution, is the most globally diverse religion.[4] (see: Global Christianity).

In 2012, Gordon-Conwell Theological Seminary (GCTS) reported that every day there are 800 less atheists per day, 1,100 less non-religious (agnostic) people per day and 83,000 more people professing to be Christians per day.[6][7]

On April 19, 2014 The Telegraph published a story on the growth of Christianity in China which stated:

Phillip Jenkins' estimate of the future growth of Christianity

See: Phillip Jenkins' estimate of the future growth of Christianity

The Bible has been translated into 518 languages and 2,798 languages have at least some portion of the Bible.[10]

Christianity and the Scientific Revolution statistic

Sociologist Rodney Stark investigated the individuals who made the most significant scientific contributions between 1543 and 1680 A.D., the time of the Scientific Revolution. In Stark's list of 52 top scientific contributors,[11] only one (Edmund Halley) was a skeptic and another (Paracelsus) was a pantheist. The other 50 were Christians, 30 of whom could be characterized as being devout Christians.[11] Stark believes that the Enlightenment was a ploy by "militant atheists" to claim credit for the rise of science.[12]

St. Basil of Caesarea founded the first hospital. Christian hospitals subsequently spread quickly throughout both the East and the West.[13]

The First Council of Nicaea in 325 A.D. ordered the construction of a hospital for every cathedral town in the Roman Empire to care for the poor, sick, widows, and strangers. They were staffed and funded by religious orders and volunteers.[14]

Statistic related to the effectiveness of Christian prayer

The Christian apologist Gary Habermas wrote: "Double-blind prayer experiments: where people pray for others with terminal illness. Habermas admitted that most such experiments have not worked, but the three that he knows of that have indeed worked were cases of orthodox-Christians praying for the sick."[15]

Harvard University historian Niall Ferguson declared: "Through a mixture of hard work and thrift the Protestant societies of the North and West Atlantic achieved the most rapid economic growth in history."[17]

According to Slate, "Protestant Christianity has been the fastest growing religion in China."[20] Evangelical Christianity is especially growing sharply in China.[21]

North Dakota has more churches per capita than any state in the United States plus has the highest percentage of people who attend church.[23][24]

Despite a large drop in oil prices and North Dakota having a large oil industry segment of their economy, in February 2016, the state unemployment rate was merely 2.9%.[25]

Statistic related to study on ex-homosexuals and church involvement

In 1980 a study was published in the American Journal of Psychiatry and eleven men participated in this study. The study reported that eleven homosexual men became heterosexuals "without explicit treatment and/or long-term psychotherapy" through their participation in a Pentecostal church.[26]

Effects of the Welsh Revival on criminality and ill-behavior The Wall Street Journal reported: "A comprehensive new study released by Baylor University yesterday, shows ...that the irreligious and the members of more liberal Protestant denominations, far from being resistant to superstition, tend to be much more likely to believe in the paranormal and in pseudoscience than evangelical Christians."[29]

According to a 2007 study reported in the Journal of Family Issues, adherents of liberal Christianity are more likely to engage in marital infidelity than theologically conservative Christians holding other important factors equal ("strong liberal Protestants" who typically profess to believe in evolution have more marital infidelity than "strong holiness/pentecostals" and "strong other conservative Protestants" holding other factors equal. Some Baptists are Darwinists or hold to old earth creationism in recent years although many have not and the study does not differentiate between these types of Baptists)[31]

Members of the Pentecostal Church of God in Lejunior, Kentucky praying for a girl in 1946.

The American sociologist and author Peter L. Berger introduced the concept of desecularization in 1999.[32][33] According to Berger, "One can say with some confidence that modern Pentecostalism must be the fastest growing religion in human history."[34]

Pentecostalism has experienced explosive growth for the past half-century. The membership is young and fast-growing. Combined, the Pentecostals (in separate denominations) and charismatics (inside other denominations) add up to very large numbers.

In 2011, a Pew Forum study of worldwide Christianity found that there were about 279 million classical Pentecostals, making 4 percent of the total world population and 12.8 percent of global Christendom Pentecostal.[35]

According to Gordon-Conwell Theological Seminary's Center for the Study of Global Christianity, which has made projections up to the year of 2050, the percentage of the global population that are evangelical Christians/Pentecostals is expected to increase.[36]

In the latter part of the 20th century and continuing in much of the world today, there has been a shrinking of liberal Christianity which supports evolutionism and a growth of conservative Christianity/religion which rejects evolutionism.[37]

Growth of evangelical Christianity in the United Kingdom

Some 4.5million of the UK's foreign-born population claim to have a religious affiliation and more than half are Christian. Church attendance in Greater London grew by 16% between 2005 and 2012.[39] In addition, the latest immigrants to the UK as a whole mean British Christianity is becoming more charismatic and fundamentalist.[40]

Due to religious immigrants, many of whom are evangelical Christians, church attendance in Greater London grew by 16% between 2005 and 2012.[39] In 2013, it was reported that 52% of people who attended church in London attended evangelical churches.[39]

On December 14, 2009, the British newspaper The Telegraph reported:

Growth of evangelical Christianity in Germany

On March 17, 2014, the news website Deutsche Well reported that evangelical Christianity has doubled in Germany in the last 10 years.[41]

French scholars say, evangelicalism is likely the fastest-growing religion in France – defying all stereotypes about one of Europe's most secular nations. In 2011, The number of evangelical churches increased from 769 to 2,068 in 2011.[42]

Network211 is a world missionary outreach focused on global evangelism and discipleship via the Internet.[44]

Project 100Million is an evangelism and discipleship ministry of Network211. Their goal is to reach 100,000,000 people worldwide with the Gospel online.

Project 100Million is multilingual, ministering in English, Farsi, Vietnamese, Indonesian, Mandarin, Spanish, Filipino, American Sign Language and Easy English. Other languages are under development. Network211 has reached people in over 200 countries and territories.