The atheist Sam Harris quipped about William Lane Craig that he was "The one Christian apologist who seems to have put the fear of God into many of my fellow atheists".[2][3]

Notable cases of prominent atheists being reluctant to debate

See also: Atheism and cowardice and Atheism vs. Christianity 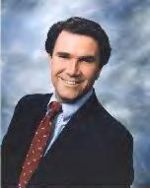 Although atheists/agnostics/evolutionists began to generally dodge creation vs. evolution debates in the 1980s after doing poorly in these debates in the 1970s against creationist Duane Gish and others (see: Creation vs. evolution debates), a notable instance of an atheist dodging a debate on other atheism vs. Christianity topics did not begin until the late 20th century.

In 1994, the prominent atheist philosopher Michael Martin did an eleventh hour cancellation of his debate with Greg Bahnsen after fellow atheist Gordon Stein did very poorly in a debate with Bahnsen (see: Greg Bahnsen and debate and Atheist apologetics).

Richard Dawkins' and his reluctance to debate strong opponents

See also: Richard Dawkins and debate and Atheism debates and Evidence for Christianity The Oxford University professor Daniel Came wrote to the new atheist Richard Dawkins:: "The absence of a debate with the foremost apologist for Christian theism is a glaring omission on your CV and is of course apt to be interpreted as cowardice on your part."[5]

Richard Dawkins has established a reputation for avoiding debates with his strongest opponents. On May 14, 2011, the British newspaper The Daily Telegraph published a news story entitled Richard Dawkins accused of cowardice for refusing to debate existence of God.[6]

In The Daily Telegraph article Dr. Daniel Came, a member of the Faculty of Philosophy at Oxford University, was quoted as writing to fellow atheist Richard Dawkins concerning his refusal to debate Dr. William Lane Craig: "The absence of a debate with the foremost apologist for Christian theism is a glaring omission on your CV and is of course apt to be interpreted as cowardice on your part."[7]

In October of 2011, Dr. Craig went to England and the Daily Telegraph declared that Dawkins is either a fool or a coward for his refusal to debate William Lane Craig plus declared that Dawkins is a "proud man" and a "coward" who puts on an "illiterate, angry schtick" for the public.[8] In addition, Christian apologist Mariano Grinbank called Dawkins a "cowardly clown" because Dawkins and other prominent atheists refused to debate Creation Ministries International at the 2010 Global Atheist Convention.[9]

Below are some resources relating to Dawkins refusal to debate various debate opponents: Sam Harris once described William Lane Craig as “the one Christian apologist who has put the fear of God into many of my fellow atheists”.[10]

See also: Atheism and Debate and Evidence for Christianity

A majority of the most prominent and vocal defenders of the naturalistic evolutionary position since World War II have been atheists.[13] After doing poorly in a series of debates in the the 1970s, 1980s, and 1990s, evolutionists are generally reluctant to debate (see: Creation vs. evolution debates).

In 1985, the Christian apologists Greg Bahnsen and the atheist Gordon Stein had a debate at the University of California, Irvine regarding the positions of atheism and theism. Bahnsen was particularly known for his Christian presuppositional apologetics.

In debates with atheists, presuppositional apologists will frequently ask their debate opponents the foundations/rationale of their various assumptions, beliefs and assertions and show logical inconsistencies in the opponents worldview. In the Bahnsen-Stein debate, one of the key moments of the debate was when Stein was asked to account for the existence of the laws of logic in an atheist worldview (see: Atheism and logic),[14]

John Frame wrote regarding the debate in which Dr. Bahnsen used the transcendental argument for the existence of God that "In the end, Stein walked and talked like a broken man."[15]

The Greg Bahnsen-Gordon Stein debate was recorded and transcribed and was dubbed "The Great Debate".[16][17] See also: Greg Bahnsen and debate

One of the most prominent Christian apologists concerning the resurrection of Jesus Christ is Gary Habermas.[18]

Dr. Habermas had a debate against the atheist philosopher Antony Flew regarding the resurrection which was chronicled in the work Did Jesus Rise from the Dead? The Resurrection Debate and the debate had a panel of debate judges. J. Hampton Keathley, III , Th.M. in his essay Evidences for the Resurrection wrote: "The decision of the judges were as follows. The panel of philosophers judging content cast four votes for Habermas who argued for the fact of the resurrection, none for Flew, and one draw. The panel of professional debate judges voted three to two, also in favor of Habermas, this time regarding the method of argumentation technique." [19].

Flew later became a deist. Flew abandonment of atheism after being one of its foremost proponents received a lot of public attention.

Madalyn Murray O'Hair, founder of American Atheists, did poorly in her debate with Dr. Walter Martin[20] For example, when she claimed there were supposedly were contradictions in the Bible, Dr. Martin asked her to provide an example of one and Ms. O'Hair did not and could not offer even an alleged example of a Bible contradiction.[20] In addition, Ms. O'Hair was ill prepared in terms of defending against the issue of atheism and mass murder.[20]

In 2014, the atheist philosophy instructor and author Peter Boghossian debated the Christian philosopher Tim McGrew who specializes in the area of epistemology. Boghossian performed very poorly in the debate/discussion.[21][22]