Although Richard Dawkins declared himself an agnostic in the book The God Delusion, he declared that atheist evangelism is important.[1] Author Vox Day wrote concerning this matter, "While the fact that Dawkins declared himself a literal agnostic in the very book in which he declared the importance of atheist evangelism is both ironic and incoherent, it will surprise no one who has read the chapter of The Irrational Atheist entitled "Darwin's Judas".[2]

Despite being an elderly self-declared agnostic, in his book The God Delusion, Dawkins said that "permanent in agnosticism in principle" is "fence-sitting, intellectual cowardice".[3]

He is often referred to as the "world's most famous atheist" and was one of the principle founders of the New Atheism movement (See also: Celebrity atheists).[4] But when interviewed, he claimed that, on a scale of 1 to 7, where 1 is perfect faith in God and 7 is perfect confidence in atheism, he is a 6.9.[5]

Although Dawkins declared that he was an agnostic in 2006 and 2012, in 2002 Richard Dawkins publicly argued for the position of militant atheism and claimed that he will not feel anything after death (see also: Ex-atheists).[6][7][8] Despite arguing for the position of militant atheism previously, Dawkins told the Archbishop Dr. Rowan Williams that he never said was an atheist.[9][10][11] See also: Atheism and historical revisionism

In addition, as far as Richard Dawkins' agnosticism, Dawkins said, "A serious case could be made for a deistic God." [12][13]

However, in 2016 Dawkins changed his position about the probability of there possibly being a deistic God.[14]

The Abrahamic religions of Christianity, Judaism and Islam hold that God is eternal.

The historian Dr. Tim Stanley wrote that he believed Dawkins is taking a foolish gamble and Dawkins is risking spending an eternity in hell.[18] Dr. Don Batten, a scientist at Creation Ministries International, wrote that despite Richard Dawkins' skeptical protestations, Dawkins appears to be a God-hater.[19]

Atheism, as defined by the Stanford Encyclopedia of Philosophy, the Routledge Encyclopedia of Philosophy, and other philosophy reference works, is the denial of the existence of God.[20] Beginning in the latter portion of the 20th century and continuing beyond, many agnostics/atheists have argued that the definition of atheism should be defined as a mere lack of belief in God or gods. [21][22] [23] See: Definition of atheism

Many atheists like to make a distinction between strong atheism and weak atheism. They define strong atheism as believing God does not exist, while weak atheism as neither believing nor disbelieving. However, this usage is incorrect, and has been invented by atheists to boost their numbers. If you believe God does not exist, you are an atheist. If you neither believe nor disbelieve, you aren't an atheist, you are some kind of agnostic.

Criticism of fairies at the bottom of the garden analogy

A supporter of the Question evolution! campaign wrote:

In 2008, the reporter Melanie Phillips wrote in the American Spectator:

In response a supporter of the Question evolution! campaign wrote in an article entitled Atheism is rudderless and unseaworthy: 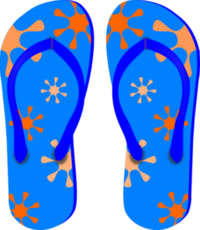 The article Atheism is rudderless and unseaworthy written by a supporter of the Question evolution! campaign wrote: "Christians should call Dawkins on his disingenuous flip-flopping if his publisher continues to promote the book as a book focusing on his journey to atheism without mentioning the fact that Dawkins is presently an agnostic who has rejected atheism."[28]

A July 25, 2012 article entitled Is Richard Dawkins a flip-flopper declared:

In the film Expelled: No Intelligence Allowed, a documentary concerning suppression of the intelligent design movement, Ben Stein interviewed Richard Dawkins and Dawkins revealed himself to be an agnostic/weak atheist.[31] In addition, Ben Stein demonstrated the folly of evolutionism in his interview with Richard Dawkins (A clip of the interview has been uploaded to YouTube ). Moreover, in terms of the theism vs. atheism issue, Dawkins has shown himself to be rather ignorant in matters of theology and philosophy. For example, atheist philosopher Dr. Michael Ruse declared concerning Dawkins' book The God Delusion: "The God Delusion makes me embarrassed to be an atheist."[32] A Christian apologetics website provides some additional commentary on the Ben Stein/Richard Dawkins interview which focuses on Dawkins response to Ben Stein's questions about the likelihood of the existence of God:

Stein expressed surprise in the narration that Richard Dawkins "believe[d] in intelligent design."[35]