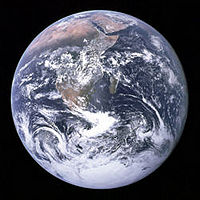 During the peak of the New Atheism movement news outlets featured significantly more news stories about atheism (see: Atheism and the media).

Below is a list of atheism news articles and related articles.

The Freedom From Atheism Foundation has a Facebook page and they regularly update their Facebook page with various critical/negative news about atheism.[2]

See also: Atheist population and Atheism and women and Western atheism and race

Due to Hispanic evangelicals, church attendance was up in New York City in 2013.[3]

With the continued rise in the number of Hispanic, evangelical Christians in North America and the rise of evangelicalism in Latin America and South America, secular leftism is not going to be dominant in America's future.[4]

Hispanics and the future of religion/irreligion in the United States See also: Growth of Christianity in China and Militant atheism and Atheism and communism and State atheism

Yang Fenggang of Purdue University, in Indiana, says the Christian church in China has grown by an average of 10% a year since 1980. He reckons that on current trends there will be 250m Christians by around 2030, making China’s Christian population the largest in the world.[6]

The Wall Street Journal reported: "A comprehensive new study released by Baylor University yesterday, shows ...that the irreligious and the members of more liberal Protestant denominations, far from being resistant to superstition, tend to be much more likely to believe in the paranormal and in pseudoscience than evangelical Christians."[7]

Johns Hopkins University Press reported in 2014: "Over the past forty years, creationism has spread swiftly among European Catholics, Protestants, Jews, Hindus, and Muslims, even as anti-creationists sought to smother its flames."[8]

Picture above was taken at Johns Hopkins University

Since World War II a majority of the most prominent and vocal defenders of the evolutionary position which employs methodological naturalism have been atheists and agnostics (see also: Causes of evolutionary belief)[9] In 2007, "Discovery Institute's Center for Science and Culture...announced that over 700 scientists from around the world have now signed a statement expressing their skepticism about the contemporary theory of Darwinian evolution."[10]

Below are some resources which offer creation vs. evolution news: Below is a list of news stories about the Elevatorgate scandal which involved Richard Dawkins and Rebecca Watson.