According to the Religion News Service 8,000-10,000 people showed up for the rally.[3] The Atlantic reported 20,000 individuals were in attendance.[4] The documentary The Unbelievers purports that over 30,000 people attended the rally.[5]

Large atheist/agnostic gatherings such as the Reason Rally are rare due to the apathy of many atheists (see: Atheism and apathy). Although Reason Rally 2012 was billed as the largest secular event in world history, strictly speaking that is not accurate. Communist countries have embraced state atheism. And Marxist-Leninism along with Maoism explicitly adhered to the atheist worldview and communist countries have engaged in militant atheism and religious persecution (see: Atheism and communism).[6] China still engages in religious persecution. Communist countries had large/massive rallies. For example, at Tiananmen Square during the Cultural Revolution, the atheist Mao Zedong greeted 1,500 Red Guards and waved to 800,000 Red Guards and spectators below. [7]

During the Cultural Revolution, a new form of militant atheism made great efforts to eradicate religion completely.[8][9] Under this militant atheism espoused by Mao Zedong, houses of worship were shut down; Buddhist pagodas, Daoist temples, Christian churches, and Muslim mosques were destroyed; artifacts were smashed; and sacred texts were burnt.[8][9] Moreover, it was a criminal offence to even possess a religious artifact or sacred text.[8] The death toll in 20th Cenutry China attributable to Mao Tse-Tsung's "Great Leap Forward" is estimated by reputable sources "to be as high as forty million."[10] However, following the death of Mao Zedong in 1976, many former policies towards religious freedom returned although they are limited and tenuous, as religion is closely regulated by the government.[8]

Historically, the atheist population has tended to lean leftward in their politics (See: Atheism and politics and Secular left). According to the University of Cambridge, the "most notable spread of atheism was achieved through the success of the 1917 Russian Revolution, which brought the Marxist-Leninists to power."[11]

Reason Rally 2012 and the mocking of religious beliefs An article by Sarah posted at Skepchick about a conversation between Richard Dawkins and David Silverman (ex-president of the American Atheists organization), which took place during the planning phase of Reason Rally 2012:

Rain and the Reason Rally 2012

See also: Atheism and the suppression of science and List of atheist and agnostic pseudosciences and Christianity and science

According to CNN, the Reason Rally experienced rain due to thunderstorms moving through the area at the time of the event.[13] Despite the wide availability of weather forecasts provided by meteorological scientists, pictures from the rally show that a large percentage of the crowd was rain soaked due to a great many of the attendees not having umbrellas and/or rain gear for the event.[14][15]

In the journal article Religion, self-regulation, and self-control: Associations, explanations, and implications, psychologists McCullough and Willoughby theorize that many of the positive links of religiousness with health and social behavior may be caused by religion's beneficial influences on self-control/self-regulation.[21][22] Furthermore, a 2012 Queen's University study published in Psychological Science found that religion replenishes self-control.[23] Also, numerous studies indicate that those who engage in regular spiritual practices have lower mortality rates.[24][25]

According to the Gallup Inc., "Very religious Americans are more likely to practice healthy behaviors than those who are moderately religious or nonreligious."[26]

There is considerable amount of scientific evidence that suggest that theism is more conducive to mental and physical health than atheism [27] See also: Atheism and health

Although Reason Rally 2012 was billed as "the largest gathering of the secular movement in world history" and many American atheists claiming that they are an oppressed minority (See Atheist whining), atheists/agnostics appear not to have been able to generate the crowd at the Reason Rally that Glenn Beck was able to gather for his Restoring Honor Rally.[28] KCCI8 News reported concerning the Restoring Honor Rally, "A scientific estimate placed the crowd size around 87,000, while media reports varied dramatically from tens of thousands to 500,000."[29]

Atheist activists exaggerating the number of atheists in America

In 2012, the organization PolitiFact Rhode Island accused American Atheists president David Silverman of wildly exaggerating the number of atheists in America by attempting to included the Unaffiliated (also called Nones) who made up about 15% of the United States population at the time (despite the fact that only 15 percent of "nones" identify as atheists) and by also attempting to lump agnostics with the atheist population.[30][31]

According to PolitiFact Rhode Island:

The 2008 American Religious Identification Survey (ARIS) found that only 0.7% of U.S. adults identified as atheist, but at the same time 2.3% said there is no such thing as a god.[32] The reluctance of Americans to self-identify as atheists is likely due to the American public's low opinion of atheists (See: Americans have a low opinion of atheists). 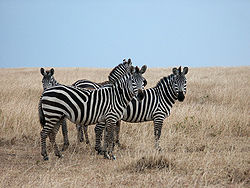 The atheist Georgetown professor Jacques Berlinerblau likens the strength of the American atheist movement to a "gimpy little zebra".[33]