Atheism and the supernatural

From Conservapedia
(Redirected from Atheists and supernatural beliefs)
Jump to: navigation, search

Atheist Hemant Mehta pointed out that there are atheists who: believe in ghosts, believe they have a soul, read tarot cards and read their horoscopes daily.[1]

Atheism, as defined by the Stanford Encyclopedia of Philosophy, the Routledge Encyclopedia of Philosophy, and other philosophy reference works, is the denial of the existence of God.[2] Beginning in the latter portion of the 20th century and continuing beyond, many agnostics/atheists have argued that the definition of atheism should be defined as a mere lack of belief in God or gods. [3][4] [5] See also: Definition of atheism

Naturalism as a philosophical stance rejects the possibility of supernatural phenomena, describing such phenomena as misunderstood natural phenomena or falsehood. This preconception necessarily precludes the existence of God. See also: Atheism and evidence

Atheists and belief in life after death

According to a study performed in the United States by researchers Wink and Scott, very religious people fear death the least.[6]

Atheists and fear of Hell

In relation to atheism and miracles, modern scholars are divided on the issue of whether or not David Hume was an atheist.[9] With that caveat in mind, Hume is well known for arguing that it is always more probable that the testimony of a miracle is false than that the miracle occurred.[10] Christian apologists William Lane Craig, Norman Geisler, C. S. Lewis, JP Holding, and others have shown the inadequacy and unreasonableness of Hume's position regarding miracles.[11]

Impossibly high standards are often set for miracles to be accepted including requirements such as multiple doctor's testimonies from before and after a medical miracle may have occurred along with x-rays and other confidential medical information being made public. When such evidence is produced it is simply stated to be inadequate or fraudulent. See also: Atheism and evidence

See also: Studies on prayer and Irreligion and recovery from illnesses and Atheism and cancer

Habermas has also discussed documentations of miracle claims and referred to thousands of cases around the world of documented miracles, including those where medical doctors witness prayer healing people with severe physical disabilities.[13]

Atheists and belief in ghosts

The atheist Hemant Mehta is an author, popular atheist blogger, and atheist activist.

In a video entitled Yes, atheists CAN believe in ghosts, although Mehta disagrees with them, Mehta points out that there are atheists who believe in ghosts, believe they have a soul, read tarot cards and read their horoscopes daily.[15] According to Mehta, merely not believing in the existence of God, strictly speaking, does not close the door to other supernatural beliefs.[16] 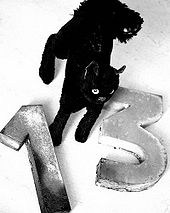 The Wall Street Journal reported: "A comprehensive new study released by Baylor University yesterday, shows ...that the irreligious and the members of more liberal Protestant denominations, far from being resistant to superstition, tend to be much more likely to believe in the paranormal and in pseudoscience than evangelical Christians."[17]

In 2015, Rodney Stark wrote in his book The Triumph of Faith: Why the World is More Religious Than Ever: "35 percent of the French believe in astrology, 35 percent of the Swiss agree that 'some fortune tellers really can foretell the future...""[19]}}

Atheist Victor J. Stenger wrote: "Assuming the universe came from nothing, it is empty to begin with…".[20]

Prominent atheists who claim the universe popped into existence from nothing

Atheist Stephen Hawking asserted: "Because there is a law such as gravity, the universe can and will create itself from nothing".[22]

Atheist Stephen Hawking claims: "Because there is a law such as gravity, the universe can and will create itself from nothing".[25] Hawking further claims that the universe “popped into existence without violating the known laws of Nature".[26]

The atheist philosopher Quinton Smith indicated “the most reasonable belief is that we came from nothing, by nothing, and for nothing."[27]

Wayne Jackson wrote at the Christian Courier regarding Victor J. Stenger's hypothesis that the universe came from nothing:

Since World War II a majority of the most prominent and vocal defenders of the evolutionary position which employs methodological naturalism have been atheists and agnostics.[30]

Invalid arguments that evolutionists should not use

Due to the existence of poor evolutionary arguments, leading creationist organizations have created lists of poor arguments that evolutionists should not use: In the movie Expelled: No Intelligence Allowed, Ben Stein demonstrated the folly of evolutionism in his interview with the prominent evolutionist and agnostic Richard Dawkins.

In the Ben Stein/Richard Dawkins interview, Richard Dawkins was also asked what the probability is of God's existence is and a rationale for that estimation. Dawkins gave a very inept reply to Ben Stein concerning this issue.[39]

See also: Irreligion and superstition and Atheism and deception

The notions of extraterrestrial life and UFOlogy are fast growing pseudoscientific religions which are perpetuated and/or aided by the ideologies of evolutionists, atheists, liberals and other promoters of quackery.[40][41] However, the ideologies of extraterrestrial life, UFOlogy, exobiology, evolution and abiogenesis are anti-biblical ideas which are not supported by sound science.[42][43]

The liberal and agnostic Carl Sagan, an avid smoker of marijuana who claimed that marijuana gave him scientific insights, was a prominent peddler of extraterrestrial life, evolution and other pseudoscientific nonsense. Sagan's agnosticism and scientism no doubt helped inspire Sagan's pseudoscientific fantasy that evolution was a "fact".[44]

See also: Irreligion and superstition and Atheism and irrationality

On January 4, 2003, it was reported in the newspaper the Toledo Blade concerning the irreligious countries of the Soviet Union and France that "in countries with a high degree of occult activity such as Russia during the Soviet era, France, and certain parts of Brazil also had high percentages of UFO encounters. During Russia's Soviet period when every expression of religion except occult activity had been outlawed, he said, “Russians were seeing UFOs at five to eight times the rate Americans were."[45]

Christian apologists who reject naturalistic explanations of life such as the theory of evolution argue that difficult to explain UFOs are spiritual in nature and not amenable to naturalistic explanation.[46] Gary Bates of Creation Ministries International wrote a book entitled Alien Intrusion which gives a biblical Christian perspective on the unscientific notions of extraterrestrial life and UFUlogy.[47]