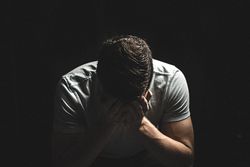 Atheists have higher rates of suicide than the general population.[1][2][3] Please see: Atheism and suicide

There are preliminary studies indicating that individuals who reject Christianity in Western cultures have lower self-esteem than the Christian population.[4][5] There are also studies indicating that lower self-esteem is associated with suicidality.[6][7] Atheists have higher rates of suicide than the general population.[8][9][10] At the same time, there is a significant portion of the atheist population who suffer from excess self-esteem/pride issues (see: Atheism and arrogance).

Richard Dawkins' book "The God Delusion" along with a community college biology class, have been linked to the tragic suicide of Jesse Kilgore.[12] Kilgore had several discussions with friends and relatives in which he made it clear Dawkins' book had destroyed his belief in God. This loss of faith is considered the cause of his suicide which is not surprising given that there is evidence which suggest that atheism can be a causal factor for suicide for some individuals.[13][14][15][16]

Jesse's father is quoted as saying "If my son was a professing homosexual, and a professor challenged him to read [a book called] 'Preventing Homosexuality'… If my son was gay and [the book] made him feel bad, hopeless, and he killed himself, and that came out in the press, there would be an outcry. He would have been a victim of a hate crime and the professor would have been forced to undergo sensitivity training, and there may have even been a wrongful death lawsuit. But because he's a Christian, I don't even get a return telephone call."

The atheist population has a significant problem with obesity (see: Atheism and obesity).

Obese individuals can have lower self-esteem related to their obesity.[18] In the United States, obese people are often stereotyped as being "lazy, lacking self-discipline and being mentally slow".[19] In March 2011, USA News and World Report declared that an Arizona State University study suggests that fat stigma has gone global and that parts of the world that once viewed being overweight favorably now hold negative views concerning having extra pounds and also hold negative views concerning overweight individuals.[20] Poor self-esteem has been linked to an increase in suicide attempts and atheists have higher rates of suicide than the general population.[21][22][23] Therefore, obese atheists likely have higher rates of suicide than the general public (see also: Atheism and suicide).