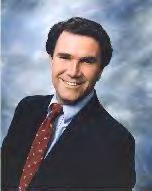 Dr. Greg Bahnsen became known as "the man atheists fear most" due to Michael Martin's cancellation of their scheduled debate.[1] During his debate with Dr. Gordon Stein, Bahnsen pointed out that the atheist worldview cannot account for the laws of logic, but the Christian worldview can.[2][3]

Meaning of the word equivocation

Equivocation is the use of word with multiple meanings, and then using a different meaning in the conclusion than in the premise.

For example: "The coach said we should eat light, so take your heavy coat off."

Equivocation is a logical fallacy.[5]

Atheism, equivocation and the origin in the universe

The Christian Apologetics and Research Ministry (CARM) points out that the prominent atheist Lawrence Krauss uses the logical fallacy of equivocation in his failed attempt to explain the origin of the universe. See also: Atheism and logical fallacies Since World War II a majority of the most prominent and vocal defenders of the evolutionary position which employs methodological naturalism have been atheists and agnostics (see also: Causes of evolutionary belief)[10]

Critics of evolution state that many of today's proponents of the evolutionary position have diluted the meaning of the term "evolution" to the point where it defined as or the definition includes change over time in the gene pool of a population over time through such processes as mutation, natural selection, and genetic drift.[11] Dr. Jonathan Sarfati of Creation Ministries International declares concerning the diluted definition of the word "evolution":

Throughout his book Why Evolution is True, the atheist Jerry Coyne abuses the term evolution, defining it in multiple ways and equivocating it.[14] In addition, he shows a poor understanding of the creationist/creation science position.[15]