Historically, in terms of economics and politics, atheists have tended to be on the left side of the economics/politics spectrum (See: Atheism and politics and History of atheism).

According to the University of Cambridge, historically, the "most notable spread of atheism was achieved through the success of the 1917 Russian Revolution, which brought the Marxist-Leninists to power."[1] See: Atheism and communism

Atheism and its effect on economic productivity

Although the United States with its tradition of religious freedom and a strong work ethic has experienced high levels of prosperity and religiosity, often prosperity is inversely proportional to religious belief due to men's arrogance when they become wealthier (See also: Atheism and arrogance).[2][3] Vox Day has pointed out that arrogant and godless nations have often eventually experienced significant hardships.[4]

The Eurozone crisis is an ongoing economic crisis which has been negatively affecting Eurozone countries since late 2009. It consists of a sovereign debt crisis, a banking crisis and an economic growth and competitiveness crisis. Economic and societal/political instability is positively correlated to greater religiosity.[5] Economic/societal instability in Europe could cause Europe to become more religious.[6]

Many nations with a Christian heritage or who are increasingly adopting Christianity are prosperous due to the contributions that Christianity brings to science, technology, economics and a nation's work ethic (see: Christianity and science and Protestant Ethic and the Spirit of Capitalism).[7] The atheist and Harvard University historian Niall Ferguson declared: "Through a mixture of hard work and thrift the Protestant societies of the North and West Atlantic achieved the most rapid economic growth in history." A 2011 Telegraph article noted: "Either way, not a single Protestant or Germanic EU country has so far needed a bailout."[8] The Protestant Reformation started in Germany and Germany has one of the strongest economies of Europe.

The 1950s was a very prosperous time in the United States.[9] In his 1954 sermon entitled Discovering Lost Values, Dr. Martin Luther King warned about "practical atheism" which is living as though God does not exist (See also: Western ungodliness, prosperity and decadence).[10]

Below is a resource related to atheism and wealth: 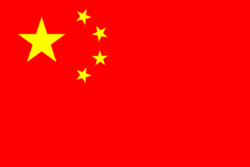 In China, the growth in religion has accompanied China’s fast economic growth over the last twenty years.[11]

As noted above, the atheist and Harvard University historian Niall Ferguson declared: "Through a mixture of hard work and thrift the Protestant societies of the North and West Atlantic achieved the most rapid economic growth in history."[18] See: Protestant Ethic and the Spirit of Capitalism

When atheist apologists cite various favorable economic statistics of irreligious countries which formerly had a strong presence of Protestantism (typically in Northern Europe), they generally do not mention the issue of the effects of cultural legacies.

As far as economic risk taking behavior, Protestants and atheists tend to be less risk averse than people with other religions or denominations.[20]