Temecula in Temecula Valley, is known for being one of the jewels in California's crown. It is located in southwestern Riverside County, California, United States. Temecula is approximately 75 miles southeast of Los Angeles. Temecula is approximately 54 miles north of San Diego and Temecula is 39 miles, with a road distance of 63 miles from Orange County, California due to the Santa Ana Mountains being in between. The population has drastically increased in size over the last twenty years with the population being primarily made up of Caucasians, moreover, it is one of the fastest-growing cities in the State of California. Temecula is bordered by the city of Murrieta to the north and the Pechanga Indian Reservation and San Diego County to the south. Temecula has been ranked as one of the safest cities in America several times. Temecula is the Southern California leader in wine production with the Temecula Valley Wine Country providing more than 40 wineries. It also provides tourism for the several mile strips of Old Town Temecula, the Temecula Valley Polo Club, the Temecula Valley Balloon & Wine Festival, the Temecula Valley International Film Festival, championship golf courses and hiking in the Agua Tibia Wilderness. The Temecula motto is "Old Traditions, New Opportunities". Temecula was incorporated in December. 1, 1989 as a General Law City. The elevation of the city varies over the terrain, however on average in the valley it is primarily 1000 feet above sea level below the foothills of the Agua Tibia Wilderness. 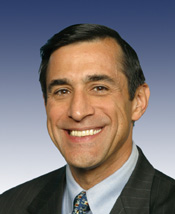 In 2012, 49.2% of Riverside County voted Republican-Mitt Romney, a slight win over eventual President re-elect Obama for the county election results. Romney attended fundraisers in Riverside County in the spring of 2012 for the election

U.S. Representative from California's 50th congressional district and a member of the Republican Party, Darrell Issa ran the 2020 election in the conservative 50th District anchored in eastern San Diego County. Issa's district also includes North San Diego county and as far north as most of Temecula in Riverside County. That seat became vacant when GOP Congressman Duncan Hunter resigned after pleading guilty to a corruption charge. On November 7, 2020, Darrell Issa declared victory in his race over Democratic opponent Ammar Campa-Najjar, after being projected to defeat his Democratic opponent for California’s 50th Congressional District. Issa won the election with 54% of the vote.[1]

Back in 2016, according to Politico, it's almost a split down the middle for presidential candidates, the county of Riverside is now more recently leaning liberal. In Riverside County, CA 49.6% of the people voted Democrat-Hillary Clinton in the last presidential election of 2016, 45.3% voted Republican-Donald Trump, and the remaining voted Independent.

A handful of protestors greeted presidential candidate Mitt Romney at a private fundraiser in Riverside County – one of several events that the former Massachusetts governor attended on his swing through Southern California in the late spring of 2012, where he raised more than $500K.[2] According to the NBC news website Mitt Romney won Riverside county with 49% of the votes totaling 290,227, with Barack Hussein Obama losing at 49% of the votes totaling 287,754.[3]

Back in 2012 according to Politico, a slight edge for the presidential candidates leaned towards conservative. In Riverside County, CA 48.8% of the people voted Democrat-Barack Hussein Obama in the presidential election of 2012, 49.2% voted Republican-Mitt Romney, and the remaining voted Independent.[4]

The California Southern Railroad Company was chartered on October 13, 1880. The ultimate effort was to build a railroad line from National City, just south of San Diego, up to what is now Oceanside, following the Santa Margarita River to Fallbrook, and then northward through the rugged Temecula Canyon.

By May of 1881, the new railroad was nearly completed between Oceanside and Temecula Canyon. After a lengthy delay due to floodwater caused by the Santa Margarita River, which flows through Temecula Canyon. As of May of 1882, the track was complete to Colton. On August 21, 1882 the first train departed National City and arrived in Colton, inaugurating the Southern California Railroad line. Fare was $6 one-way or $9 round-trip. Passengers remarked on the stark beauty of the rugged Temecula Canyon.

Service continued from Temecula to Colton for the next several years, with train service ending for good in 1935.

The name Temecula comes from the Luiseño Indian word “Temecunga” – “temet” meaning “sun” and “-ngna” which means “place of”. The Spanish interpreted and spelled the word as “Temecula” translated to mean “Where the sun breaks through the mist”. Temecula's first inhabitants, the Luiseño Indians, were Native American people present in the Temecula area in the 1700s when the first Spanish padres visited. Temecula is the only city in California to still retain an original Indian name.

Temecula, from Mexican Ranch to the town of the west

With California under Spanish then Mexican control in the early 1800s, Southern California was divided into ranches known frequently as ranchos. In 1835, the Spanish man who was a General and the Mexican territorial Governor of Alta California named José Figueroa first granted Rancho Temecula to Jose Antonio Estudillo. With the transition of California from a Spanish colony to a newly independent Mexican state, the 26,000-acre Rancho Temecula was granted to a Mexican army officer, Felix Valdex, in the 1840s. In 1846, the Rancho was sold to Louis Vignes, one of Californiaªs first commercial winemakers. The transition from Rancho to the town of the Old West came with incorporation of California as a U.S. state and the resulting western expansion by stagecoach and later, by railroad. This expansion began in the 1850s, when the first American settlers arrived in Temecula, and accelerated between 1858 and 1861 with the operation of the Butterfield Overland Stage. In 1867 Louis Wolf, a German immigrant, built a small adobe trading post next to Temecula Creek called Wolf Store. This helped launch the Temecula community, serving as a saloon, livery stable, legal services, hotel, general store, stagecoach stop, post office, school, and an employment agency. With the opening of the California Southern Railroad Line in 1882, Temecula became established as a historical western town. After Louis Wolf and his wife Ramona passed away deaths, their land and other Ranchos were purchased by Arizona cattle baron, Walter Vail. In 1905, the railroad brought Walter Vail to the Temecula Valley to begin ranching operations on the 87,000-acre Vail Ranch, becoming one of the largest cattle operations in California, stretching from Camp Pendleton to Vail Lake to Murrieta. It operated through the late 1970’s when it was sold to build Temecula’s housing. Some of the ranch’s oldest buildings survived in a cluster around the long-vacant Wolf Store. Together they would wait more than 40 years to be restored and once again become a center for community life in the Temecula Valley.

In 1964, a consortium of developers from Kaiser Aluminum and Chemical purchased Vail Ranch for $21 million, beginning Temecula's transition from mainly horse properties, vineyards, avocado and fruit orchards, and other agricultural uses, to reduce this size of those rural commodities to retaining some of them. Primarily it was the plan to enter into urbanizing the land into a community by preparing the Rancho California Development Plan. The overall land use pattern and circulation system of modern Temecula has largely been created by this plan. In 1989, Temecula incorporated as a General Law City. The City of today encompasses both Old Town Temecula and a portion of the planned community of Rancho California.

In 1995 Temecula was a proposed city for charter membership in the California Inline Hockey League based in San Diego then to Los Angeles. The CIHL awarded the city of Temecula a club that was to be a part of the CIHL's first season the same year. The club was named the Temecula Desert Rats. Sooner thereafter, Temecula suspended operations for 1995. Temecula's reason for suspending operations was because no suitable rink was available for the club and was the reason the club moved to Phoenix, Arizona for the 1996 season. The team was going to be called the Phoenix Desert Rats, but the team reappeared in Palm Desert, California to become the Palm (Springs) Desert Rats.

2018 marked the 50th anniversary of Temecula Valley Southern California Wine Country. Under the theme of “The People, Passion and Perseverance,” the Temecula Valley Winegrowers Association (TVWA).

Temecula lies on 308m above sea level. Temecula is influenced by the local steppe climate. There is little rainfall throughout the year. The climate is classified as BSk by the Köppen-Geiger system. In Temecula, the average annual temperature is 17.5 °C | 63.5 °F. The rainfall is around 306 mm | 12.0 inch per year. The warmest month of the year is August, with an average temperature of 24.8 °C | 76.6 °F. The lowest average temperatures in the year occur in January, when it is around 11.5 °C | 52.7 °F.

Famous people and film/TV in Temecula

In 1994 for the series finale and famous final episode of Star Trek: The Next Generation had scenes filmed on Picard's vineyard in France that were actually filmed by Director of Photography Jonathan West in Temecula. The exact location was at Callaway Vineyard & Winery, which is a vineyard located at 32720 Rancho California Road, Temecula.

Other films and TV series that took place in part were located in Temecula titled as follows:

Famous people of note that are from or have lived for a long period in Temecula are as follows: Major League Baseball players who grew up in Temecula California. Allen Craig of the St. Louis Cardinals (Left) and Reed Johnson Of The Atlanta Braves (Left Center) July 28,2013: After Allen Craig's error at first base, Reed Johnson discusses his minor injury with his manager while he was hustling down the line in this mid-summer game between the St. Louis Cardinals and Atlanta Braves in Atlanta, Georgia.