In 1980, a study was published in the American Journal of Psychiatry and eleven men participated in this study. The aforementioned study stated that eleven homosexual men became heterosexuals "without explicit treatment and/or long-term psychotherapy" through their participation in a Pentecostal church.[2]

Many people do not understand the causes of homosexuality so they mistakenly believe that overcoming homosexuality is not an available option. However, the Apostle Paul offered great hope to those who wish to overcome homosexuality when he wrote;

Peter LaBarbera is the President of Americans for Truth which is an organization which counters the homosexual agenda. Peter LaBarbera stated the following regarding Christian ex-homosexuals who reported being transformed by the power of God:

Testimony of an Ex-Lesbian Jeanette Howard Regarding Overcoming Homosexuality

Below is a portion of a testimonial from the ex-lesbian Jeanette Howard in regards to her overcoming homosexuality:

"Jeanette, stand in front of the mirror every morning and thank God that He's made you a woman." This challenge came from a teacher at the Bible school I attended as a young Christian. What a ridiculous task! I thought, but reluctantly agreed. The next morning I got up and struggled to look at myself in the mirror. Try as I would, I could not acknowledge myself as a female....

Then came a breakthrough during a retreat in February, 1989. "You have believed a lie", God told me, "but I'm going to change your name". From now on, He showed me, I was to be called "woman". This was God's intention for me from my conception.

In faith I received my new name. Almost immediately I felt a weight fall away from me. In amazement, I looked around at the other women. No longer did I feel distanced from them; we were united by a common bond in Jesus Christ.

That day, the wall I had erected as a child came tumbling down. I entered into my rightful role as a woman of Christ. I felt as though I belonged-at long last.

As I have entered into my identity as a woman, God is healing my views on men. Now I see them as having a major role in my life. We complement each other, and I realize now that my life has been enriched because of them...[5]

The organization Concerned Women of America states the following regarding overcoming homosexuality:

Christians and Helping Others in Respect to Overcoming Homosexuality 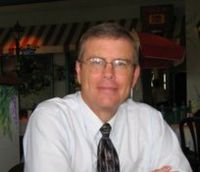 Pastor Mark A. Copeland states the following regarding Christians helping others in regards to overcoming homosexuality: The organization Concerned Women of America states the following regarding an instance of how the media and covers ex-homosexuals and the homosexuality issue:

Some people who claimed to have overcome homosexuality have reverted or continued to dabble in aspects of the homosexual lifestyle. However, the same can be said of any sin. For example, people with illegal drug use problems who leave that lifestyle can later relapse and start taking illegal drugs again.