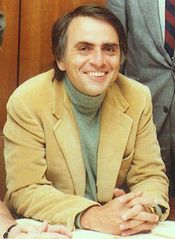 Since World War II a majority of the most prominent and vocal defenders of the evolutionary position which employs methodological naturalism have been atheists.[1]

In recent times, despite their being little consensus on how evolution allegedly occurred according to the various theories of evolution, evolutionists have tried to convince the public of the supposed validity of the evolutionary position by increasing and frequently using the term "overwhelming evidence" or similar terms in relation to the alleged existence of evidence that supports their position.[2] For example, prominent atheist and evolutionist Richard Dawkins claimed in an interview with journalist Bill Moyers that there is "massive evidence" for the theory of evolution.[3]

Thomas Henry Huxley, the English biologist, known as "Darwin's Bulldog" for his vehement advocacy of Charles Darwin's theory of evolution, was an agnostic. The Barna Group found that those who hold to the worldviews of agnosticism or atheism in America were more likely, than theists in America, to look upon the following behaviors as morally acceptable: illegal drug use; excessive drinking; sexual relationships outside of marriage; abortion; cohabitating with someone of opposite sex outside of marriage; obscene language; gambling; pornography and obscene sexual behavior; and engaging in homosexuality/bisexuality (see also: Atheism and morality).[6]