There are a number of theories of evolution. In 2000, scientist Simon Conway Morris wrote in the peer reviewed science journal Cell: "When discussing organic evolution the only point of agreement seems to be: 'It happened.' Thereafter, there is little consensus, which at first sight must seem rather odd."[1]

In 2005, the philosopher of science and atheist Massimo Pigliucci, who is a staunch opponent of creationism, in a book review for the prestigious science journal Nature, wrote: "The clamour to revise neo-darwinism is becoming so loud that hopefully most practising evolutionary biologists will begin to pay attention. It has been said that science often makes progress not because people change their minds, but because the old ones die off and the new generation is more open to novel ideas."[3] In July 2008, Elizabeth Pennisi wrote in the prestigious science journal Science: "Seventy years ago, evolutionary biologists hammered out the modern synthesis to bring Darwin's ideas in line with current insights into how organisms change through time. Some say it's time for Modern Synthesis 2.0."[4]

Some of the more notable naturalistic theories of the evolution which employ or have employed the concept of methodological naturalism are the following: 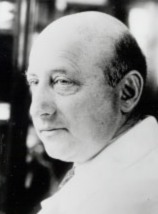 Past naturalistic theories of evolution

Below are some non-naturalistic theories of evolution which do not strictly apply the ideology of methodological naturalism:

Creation science commentary on the various naturalistic theories of evolution Karl Popper, a leading philosopher of science and originator of the falsifiability as a criterion of demarcation of science from nonscience,[16] stated that Darwinism is "not a testable scientific theory, but a metaphysical research programme."[17] Leading Darwinist and philosopher of science, Michael Ruse stated the following regarding Popper's statement and the actions he took after making that statement: "Since making this claim, Popper himself has modified his position somewhat; but, disclaimers aside, I suspect that even now he does not really believe that Darwinism in its modern form is genuinely falsifiable."[18]

The Swedish cytogeneticist, Antonio Lima-De-Faria, who has been knighted by the king of Sweden for his scientific achievements, noted that "there has never been a theory of evolution".[19][20]

In recent times, evolutionists have tried to convince the public of the supposed validity of the evolutionary position by increasingly and frequently using the term "overwhelming evidence" or similar terms in relation to the alleged existence of evidence that supports their position.[21] For example, prominent atheist and evolutionist Richard Dawkins claimed in an interview with journalist Bill Moyers that there is "massive evidence" for the theory of evolution.[22] Yet, there is not any real evidence for the evolutionary paradigm. Many atheists quote the "evidence" of fossils to back up their beliefs - but their argument falls down at the obvious flaw that a bunch of rocks and stones cannot provide strong proof for anything.