"The hand of the diligent will rule, but the slack hand will be put to forced labor." - King Solomon, (Proverbs 12:24, NASB). Secular Europe is becoming a slave to their large debt load. If only they had listened to the wisdom of Solomon!

By the way atheists, newer is not necessarily truer. Yet, many arrogant and illogical atheists continue to commit the appeal to novelty logical fallacy and disparage the Bible.

King Solomon taught the value of hard work and thrift in ancient times and if more modern secular European leaders paid attention to the wisdom of Solomon their countries would not be mired in debt and in such dire straits! Checkmate atheists! Once again, the Bible shows itself to be tried, true and triumphant! One more, the "superior modern atheist intellect" is bested by God. Yet again, atheist pride cometh before their fall.

Don't miss these pictures with captions! I would rather depend on Christian Midwestern American farmers for my produce than depend on someone like the atheist and evolutionist Trofim Denisovich Lysenko who based his agricultural notions on evolutionary quackery. 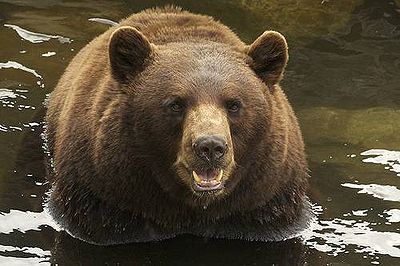 Are atheists smarter than the average bear?