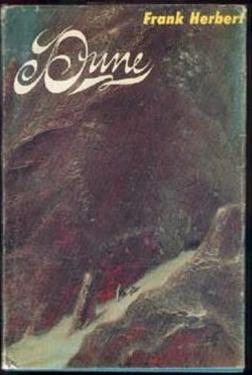 Dune is either a novel series about the future direction of human civilization, or the title of the first novel in that series. Frank Herbert created the Dune series beginning in 1965, with the publication of the first novel. The story universe of the series is a metaphor for the geopolitical state of earth in 1965, at the height of the Cold War and what Herbert saw as the exploitation of the Arab lands for their wealth of oil and their developing resentment of same. A film adaptation made by Paul Lynch and a SyFy miniseries was made in 1984 and 2002, respectively, as well as a miniseries derived from Children of Dune in 2003. It will get a politically-correct live-action film adaptation in 2020.

Novels in the series

The six "classic" novels in the Dune series are:

Frank Herbert died in 1986. But his son Brian has decided to write more novels for the series, either alone or in collaboration with other authors.[1]

Chief Metaphors and What They Stand For

As the story arc begins, the Spacing Guild instructs the Emperor to remove House Harkonnen from its position of management of Arrakis and install House Atreides instead. But that transfer is a sham, because another part of the plan is to reinstall House Harkonnen by force, using Imperial troops wearing Harkonnen uniforms to accomplish this. But the dishonest powerbrokers fail to reckon with young Paul Atreides, the then-current Marquess (duke's son) of Caladan who escapes an obvious attempt at summary execution, falls in with a Fremen tribe, unites all the Fremen into an army (similar to the deeds of Lawrence of Arabia), and manages not merely to end foreign domination of Arrakis but actually to make Arrakis the seat of a new, Fremen-ruled Empire.

The succeeding installments in the series chiefly concern various intrigues against the new Empire and the stories of succeeding Emperors and "Mothers Superior" of the Bene Gesserit as they struggle to gain or hold supremacy.