Counterexamples to an Old Earth 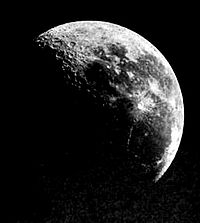 It takes only one counterexample to disprove the theory of an Old Earth. Most of the "evidence" for an Old Earth is based on claims that lack falsifiability, such as radiometric dating, and hence would not even satisfy minimum requirements for admissibility in a court of law. If each of the following 64 counterexamples to an Old Earth were to have merely a 10% chance of being valid, then the probability that the Earth is billions of years old is only one-tenth of 1%. In other words, the Earth must be young with a likelihood of 99.9%.[2]

The motivation for atheists to insist on falsely asserting an old Earth is to pull students away from God's immediate presence and to turn them away from Jesus Christ. Atheists are also motivated, and biased, by the fact that their evolutionist theories require the world to (implausibly) be billions of years old.

The growing list of counterexamples to the theory of an Old Earth includes:

Although frequently cited by Old Earth supporters against a young earth, revised and well-supported Egyptian chronology actually provides strong evidence in favor of a young Earth.

Geological counterexamples to an Old Earth include:

"Paraconformities — where one rock stratum sits on top of another rock stratum but with supposedly millions of years of geological time missing, yet the contact plane lacks any significant erosion; that is, it is a “flat gap”. E.g. Coconino sandstone / Hermit shale in the Grand Canyon (supposedly a 10 million year gap in time).".[1] See: Age of the earth William R. Corliss also provides scores of anomalies, which challenge the Old Earth paradigm.[79] An accomplished author,[80] Corliss has written 13 books for the National Aeronautics and Space Administration (NASA), a dozen educational booklets for the Atomic Energy Commission (AEC), and a dozen articles for the National Science Foundation (NSF).[81] The science magazine New Scientist had an article which focused on the career of William Corliss.[82] New Scientist wrote regarding Corliss's work: "All I can say to Corliss is carry on cataloging."[83] Arthur C. Clarke described Corliss as "Fort's latter-day - and much more scientific - successor."[84]