British politics take place within the context of a democratic parliamentary system called "Westminster system" dominated by two major parties. Currently, there is a minority government of the Conservative Party led by Boris Johnson, supported with a "Supply and Confidence" arrangement by Northern Ireland's Democratic Unionist Party. 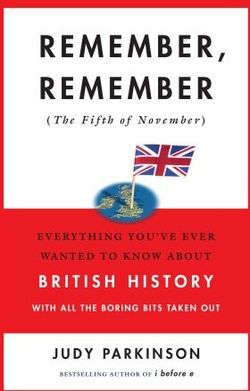 Britain is one of a small number of nations without a codified constitution, and the British legislature, Parliament, is free to legislate however it pleases. In British law, the only authority higher than parliamentary legislation is the law of the European Union, and Britain is subject to EU law only by virtue of the fact that Parliament has chosen to accept it.

Parliament consists of the Queen, the House of Lords and the House of Commons. The Queen today takes no part in active politics (the last time that a monarch refused to ratify a law passed by the Lords and Commons was in 1714). While the House of Lords is considered to be the more prestigious chamber, the Commons is dominant by virtue of the fact that its members are elected rather than appointed. The Lords can only delay rather than veto legislation, though the Commons rarely chooses to push through laws against the Lords' wishes (it has done so only five times since the Lords' absolute veto was removed in 1911).

Reform of the House of Lords is a current political issue in the UK. The House of Commons has resolved to make it more democratic, so that 80% or 100% of its members are elected rather than appointed.

The British Government operates in the name of the Queen (or the "Crown"), but power lies in practice with the Prime Minister and his Cabinet. The British Prime Minister has one of the most powerful roles of any democratic head of government or head of state (though some, like the French President, have similar or more extensive powers).

Contrary to popular opinion, the British Prime Minister can be of any religion - for example, Iain Duncan-Smith, a Catholic, was made leader of the Conservative Party while in opposition which would have made him Prime Minister had the party won a general election at that time. In addition, Margaret Thatcher was a Methodist rather than an Anglican. Not many British political commentators make any mention of religion, and religion is not considered a major deciding factor in elections. The faith or denominations of party leaders is not well known.

The only relevant legislation that exists demands that the Monarch not be Catholic, and the Anglican coronation and automatic incumbency to the position of Supreme Governor of the Church of England ensure that the Sovereign is Anglican; however, the now defunct position of advising the monarch on ecclesiastical affairs could have fallen to any member of the cabinet. No legislation exists which regulates the religion of the Prime Minister or any other member of parliament.

1 Northern Ireland is a dyarchy in which both leaders are regarded as equal.

Each locality in the UK has its own local authority: there are councils of various sorts, as well as a number of elected mayors (most notably in London, whose current mayor is the Muslim Labour Party politician Sadiq Khan). The powers of local authorities have been seen as declining for many years, however one of the main aims of the new coalition government is to reverse this. Local authorities can pass 'bylaws', secondary delegated legislation that can regulate planning and other local areas.

It should be noted that most mayors in Britain are relatively powerless officials who serve as mere figureheads, in a similar way to the Monarch, as the power is with the local council, of which the mayor is the leader. However, a number of cities, such as London, have powerful mayors with a full executive role.

The British political spectrum has historically been dominated by the Labour Party on the left, the Conservative Party on the right, and the Liberal Party (now the Liberal Democrats) in the centre between them ("liberal" in British political terminology is often used to mean "centrist" or "moderate", rather than "left-wing"). In theory, these parties represent the three main political ideologies; liberal, conservative and socialist, but recently, there has been a perception that the main parties are crowding together on the center-ground. In the 1990s, Labour moved decisively away from the traditional left (angering many of its more traditionally-minded supporters), to the point where it was perceived by many as being less left-wing than the Liberal Democrats. Since the advent of David Cameron as its leader in 2005, the Conservative Party has moved away from the territory of the traditional right (in this case too, angering many of its more strongly conservative or Thatcherite supporters).

Following its defeat by Margaret Thatcher's Conservatives in 1979, the Labour Party adopted a strongly left-wing, communistic program. Following a catastrophic defeat in the 1983 general election, more moderate politicians took charge of Labour and slowly moved it closer to the centre-ground of British politics, a process started by Neil Kinnock in the mid-1980s and carried forward enthusiastically by Tony Blair after his election as leader in 1994. Many more traditional, left-wing Labour supporters see Tony Blair as an usurper whose policies are too right-wing for comfort. This has been the case in particular following the Iraq War.

Blair's policies were arguably a mixture of left (e.g. higher taxes, higher government spending, greater integration with the European Union, equal rights for gay people) and right (e.g. pro-market reforms in the public services, retention of Lady Thatcher's labour laws, support for the War on Terror and George W. Bush's foreign policies). His successor Gordon Brown, once a close ally of Blair, has spoken out against the idea of the party shifting back to the left. Gordon Brown and Tony Blair were both seen as modernists within the Labour Party before they were elected to power in 1997. Recently, the Labour Party was led by Jeremy Corbyn, who too the party to the far left, but he failed dismally in the 2019 election and resigned.

British conservatism has traditionally been a moderate, non-ideological creed: its heroes include such pragmatic figures as Edmund Burke in the eighteenth century and Sir Robert Peel and Benjamin Disraeli in the nineteenth century. These figures contrasted with contemporary conservatives from other European countries such as the French thinker Joseph de Maistre, who were often strong, ideologically-minded supporters of absolute monarchy and Roman Catholicism.

The Conservative Party became more ideologically conservative during the leadership of Margaret Thatcher (1975-1990). Since Lady Thatcher resigned in 1990, the strongly conservative element within the party has been more or less eclipsed. It had some influence in the 1990s during the leadership of Sir John Major (1990-1997), but the leader David Cameron, has moved decisively away from "Thatcherism". This has caused dismay to many Conservative activists. It is often argued that this move has greatly increased the popularity and electability of the Conservative Party; however Margaret Thatcher achieved three solid general election victories while Cameron has been forced to form a coalition with the leftist pro-EU Liberal Democrats after failing to win an absolute majority.

Its current leader is Boris Johnson.

The Liberal Democrats (or "Lib Dems") were formed in 1988 by the merger of the old centrist Liberal Party with the centre-left Social Democratic Party (SDP). They have long advocated disestablishing the Church of England, and their former leader Nick Clegg, who has publicly said he is "not an active believer" in God, but claims to be "open-minded" about religion, has married a Catholic and is bringing his children up as Catholics.[1]

The Liberal Democrats are divided between a relatively left-wing faction (to which the former leaders Sir Menzies Campbell and Charles Kennedy belong), which has taken positions to the left of the Labour Party on a number of issues, and a more centrist, pro-free market faction to which the present leader belongs (several of whose members contributed to a controversial collection of essays published in 2004 called The Orange Book). Despite the range of view on economic issues, the party is consistently culturally liberal, on social issues. The Liberal Democrats are strong advocates of anti-discrimination laws.

The largest party in the Scottish Parliament is the Scottish National Party. Among other policies it advocates a greater level of independence for Scotland.

There is also a Welsh nationalist party, called Plaid Cymru, or simply Plaid, which currently in coalition with Labour has control of the Welsh Assembly.

Northern Ireland has a number of political parties:

There are several other minor British parties worthy of mention: